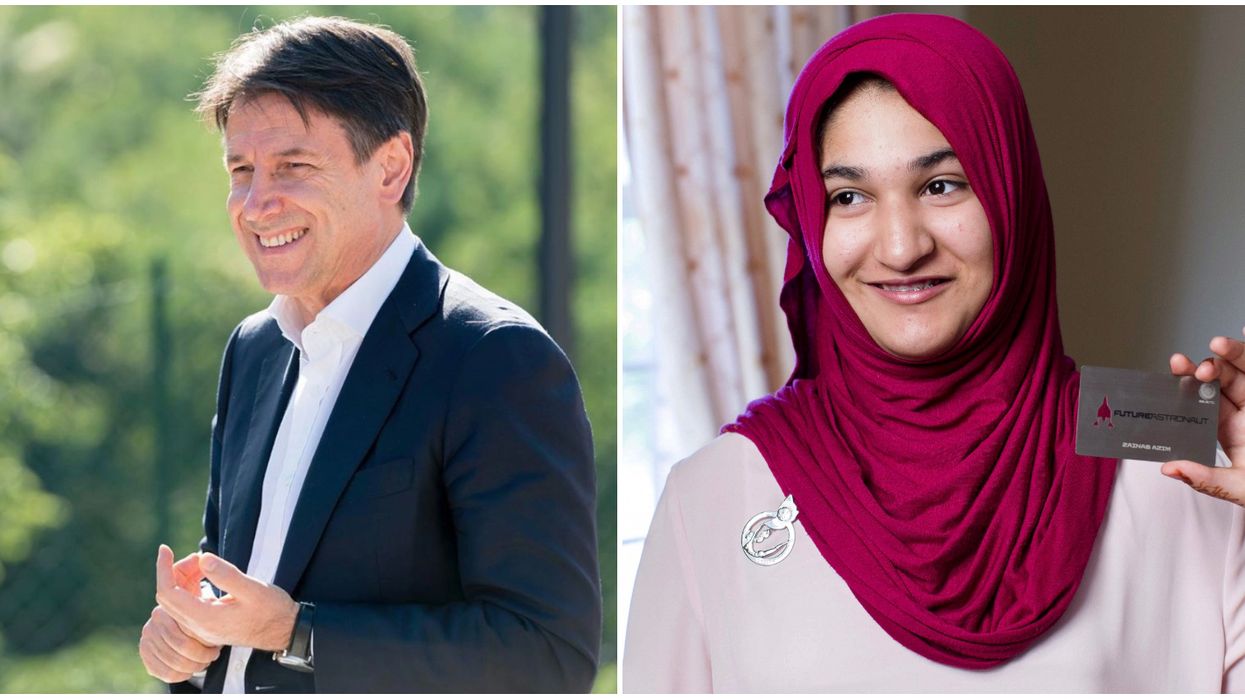 Going into space would be one of the most incredible experiences ever. Zainab Azim, a Canadian teenager, will be among those who have had the chance to leave the Earth when she takes her booked flight on Virgin Galactic. Right now, though, Zainab is speaking at several high profile events about the importance of young people taking up studies in STEM fields. At a recent event, she even received a shout out from the Italian Prime Minister.

On September 14 at the Campionaria Generale Internazionale in Bari, Italy, Zainab spoke in front of a large crowd about the importance of supporting young people in pursuit of their own goals, particularly young girls who want to enter scientific fields. "It's not because women aren't smart enough, it's the cultural norms we've created and the educational system that encourages conformity," Zainab said.

Italian Prime Minister Giuseppe Conte praised Azim and her family members as being "great ambassadors." Narcity spoke with Zainab's father, Azim Rizvee, who elaborated on Zainab's appearance at the event and her talks with Conte.

We would like to offer our heartfelt gratitude to the PM of Italy Hon. @GiuseppeConteIT ,for the cordial invite,war… https://t.co/mcdfMyvUwn
— Azim Rizvee (@Azim Rizvee)1568753602.0

"There was very warm hospitality and they were very welcoming," Azim said. "She was considered to be the protagonist for the entire event." Azim also noted that Zainab discussed environmental issues with the Prime Minister. "She communicated the message on behalf of the youth that leaders need to do more and aggressively pursue the Paris Climate Accord."

Conte also applauded her social venture, G.I.V.E - Global Initiative and Vision for Education. "Its aim is to initiate an innovative and creative curriculum to help students solve the issues of the future, including climate change," Azim said. "The initiative encourages creative thinking and not rigid thinking."

The event also featured a photo of Zainab that has been part of the Space Girls Space Women exhibition. "This exhibition has been travelling through Europe for the last four years. It started in Paris and then went to all of the major European cities," Azim said.

Zainab received her ticket aboard Virgin Galactic's space flight on her tenth birthday. The price of the ticket was $500,000 CAD. "She has had the ticket for seven years now. The ship is still under development, and they have done multiple tests," Azim said.

"As far as we know, the testing may be done in the next year or so, and commercial flights may be starting. Zainab will be 18 next September, which might put her in the right place at the right time to go up on the first commercial launch."

Currently, Zainab and her family are setting up other speaking dates in the United States and Europe. Zainab may also soon be speaking at the United Nations, according to Azim.