It's not coming back, people! 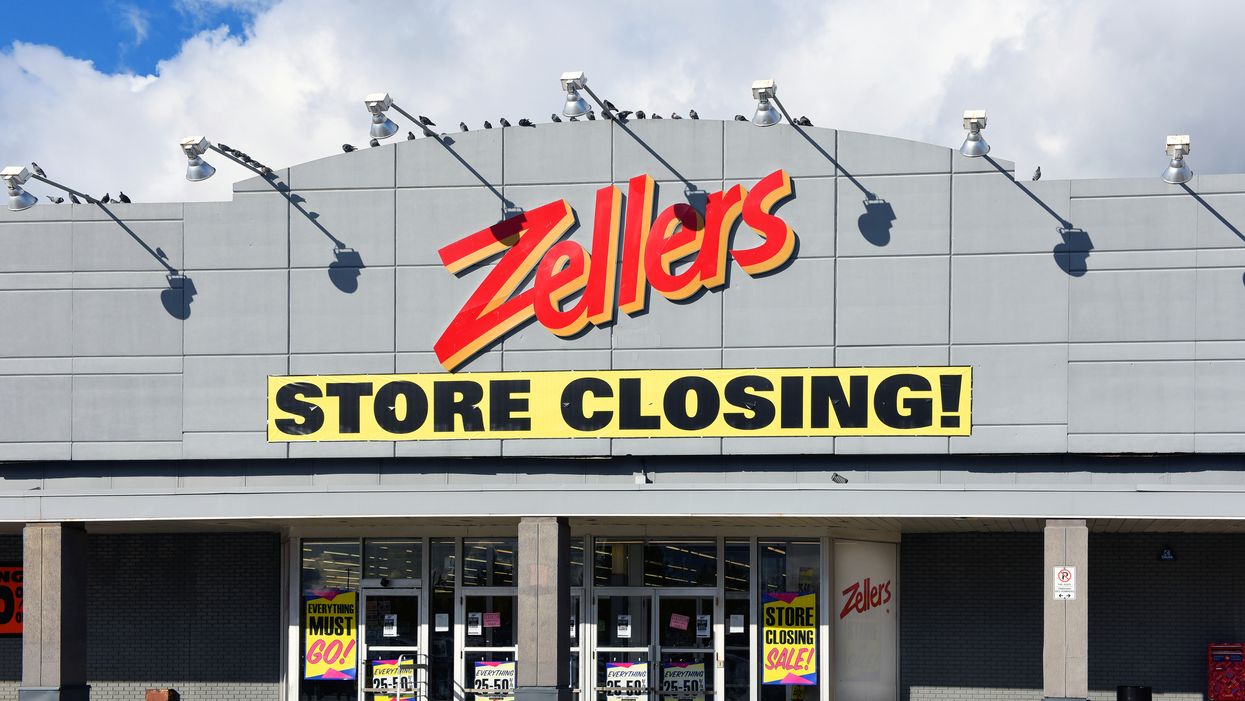 Canadians are feeling nostalgic for visiting stores lately. One spot in particular seems to be on some people's minds a lot, and it isn't even around anymore! Even with the last Zellers closing months ago, many are still wishing they could go back to the iconic department store.

Zellers began trending again on Twitter on May 18, after a parody Sears Canada account tweeted a poll asking people which Canadian retailer they'd most like to bring back.

"If ur answer isn’t Zellers block me rn" replied @gulbeenxsheikh.

While some people noted that Consumers Distributing would also be a good choice (they apparently had curbside pickup before it was even necessary), Zellers still seems to hold a very special place in the hearts of Canadians.

After the last Zellers location finally closed down at the beginning of 2020, people started to feel the nostalgia a whole lot stronger.

Back in August of 2019, some Canadians had even started a petition to have the federal government step in to save the beloved brand.

Still, despite the local stores being gone forever, people are still heading online to share some of their own nostalgic memories of being there.

These included some sweet family moments, as well as remembering the affordable Stan Smith Adidas shoes, and the totally underrated restaurant.

Zellers, my great grandmother used to take me there at the diner for lunch every weekend before she got sick. I'm g… https://t.co/TMpUSp4ika
— Bernlack (@Bernlack)1589855984.0

Zellers is trending so now I'm remembering how we used to get good shoes for really really cheap there, and their g… https://t.co/NV3cPgBXqs
— Notewell Lyons (@Notewell Lyons)1589893430.0

I want to see the parallel universe in which The Bay does not exist any more but Zellers does. #Zellers #ZellersDiner
— Kylene Walker (@Kylene Walker)1589893149.0

"My great grandmother used to take me there at the diner for lunch every weekend before she got sick. I'm glad she didn't see it shut down, she was the kind to get devastated at a tradition being taken away. Hate corporations, but Zellers always hit different," wrote @Bernlack.

"I saw #zellers trending, I really miss the Big Z burger and their fries and gravy. ANNNNND Adidas Stan Smith low tops for $10, AND those suede Reebok's for $15. Awesome skate shoes in the 90's ..." tweeted @JulianOrbit.

Someone even started a Zellers parody account on Twitter, just to remind people that they would have probably had toilet paper during the early pandemic rush. However, it has since been shut down.

It looks like Canada won't forget you any time soon, Zellers!