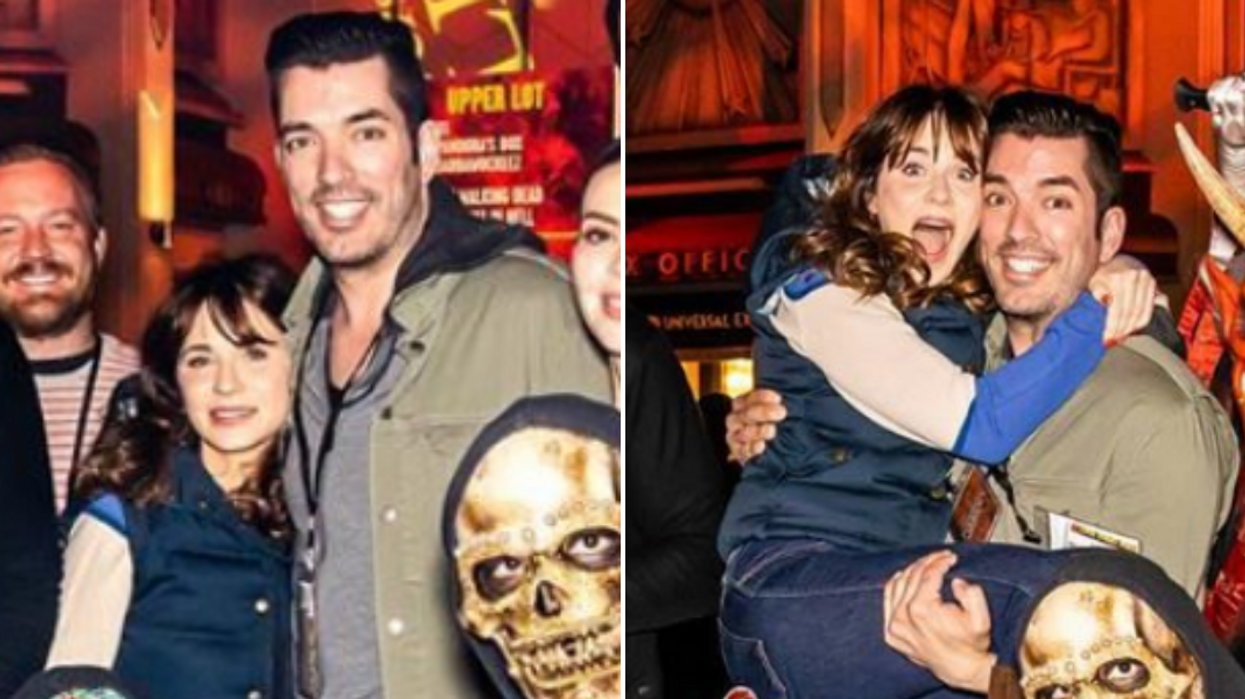 They both posted a photo from their date night this past weekend. But it wasn't just any date night, it was a double date with Scott's twin brother Drew and his wife. They spent their evening getting spooked at Los Angeles' infamous Universal Studios Horror Nights.

The pictures of the party show them surrounded by horror nights actors with Deschanel pretending to be horrified while Scott holds her bridal style. Scott's caption read, "So much fun last night. That high pitched scream totally wasn’t me! 😳"

Deschanel also posted the same photo on her Instagram with a different caption, "Still processing how scared I was of these people dressed in spooky masks."

Scott also jokingly commented on her photo saying, "Wait...you didn’t post the pic of you holding me up! 😜"

Fans of the two celebs also showed nothing but excitement for the couple in the comments below.

Someone wrote, "I love you guys! So happy to see you and Zooey together ❤️❤️."

Another gushed, "I can’t even with how cute and scary this is."

Deschanel and Scott's relationship started when they were featured on James Cordon's Carpool Karaoke segment last month to which Scott remembered fondly, "It’s sometimes a little weird when you just get thrust on camera with people you’ve never met before but we just clicked. We just had so much fun.”

This also isn't the couple first date night, just last week they posted their adventure in NYC at the Broadway show Tootsie.

We can't wait for more posts about their date night adventures!