It's part of the Refreshers range! 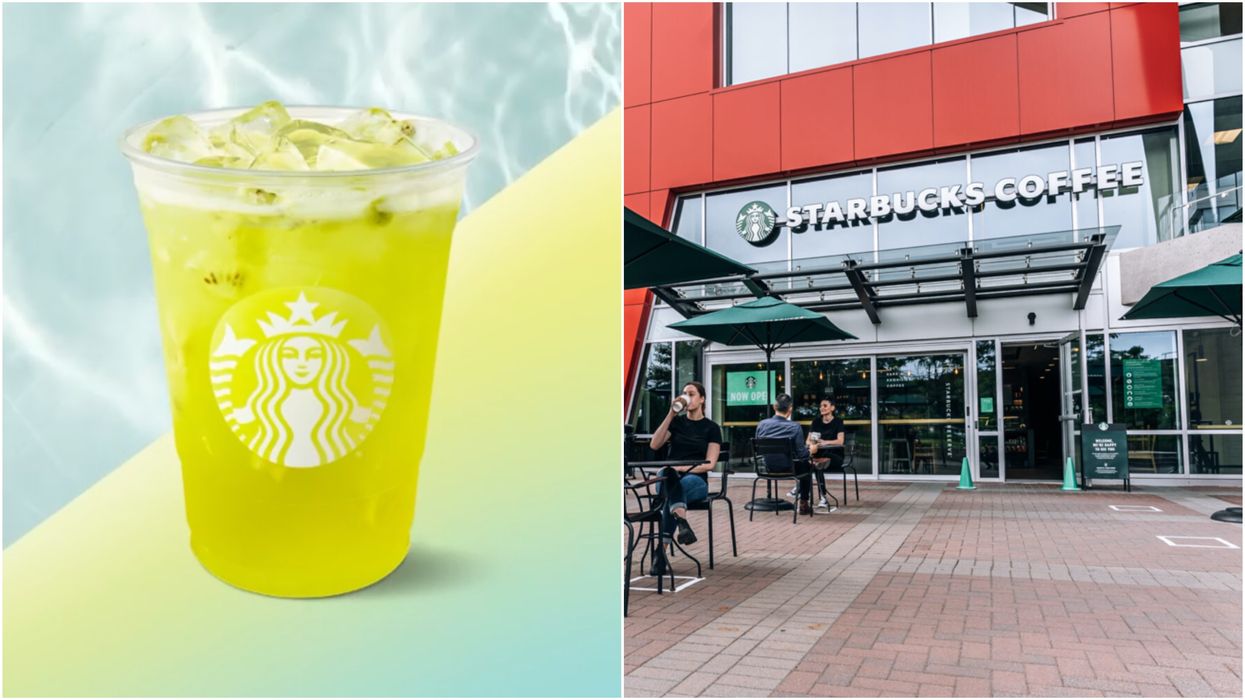 Summer just got a whole lot fruitier! Just in time for the heat to truly kick in, Starbucks Canada has released a brand new summer drink. The Kiwi Starfruit Refreshers Iced Beverage is available right now, and it’s got all the tropical flavours of summer.

In a release shared with Narcity on Tuesday, July 14, Starbucks Canada confirmed that a brand new Refreshers drink has been added to their menu.

According to the multinational chain, the drink is bursting with “the flavours of the tropics,” which will cure all of your summer vacation blues.

Unsurprisingly, the new Refresher combines the natural sweet flavours of kiwi and starfruit, as well as a “blend of fruit juice,” water, crushed ice and green coffee extract.

This drink is the latest addition to Starbucks’ new non-dairy beverage menu, making it a friendly choice for plant-based lovers and vegans alike.

Like the rest of their menu items, the new kiwi and starfruit taster can be changed up.

You can customize it by switching out the water, and trying sweet lemonade or coconut drink instead.

Back in June, the company dropped a brand new selection of non-dairy drinks options, which includes Cold Brew and Nitro Cold Brew with Cinnamon Almond Foam.

Narcity has reached out to Starbucks to confirm the price of the new drink.

If kiwi and starfruit aren't for you, but you're still looking for something refreshing to sip, there are several other flavours you can try.

How about taste-testing a Very Berry Hibiscus Lemonade, or even the Strawberry Açaí version?

While some locations are starting to reopen to dine-in customers, almost all Starbucks cafes are now offering drive-thru, pick-up or delivery.

You can find your nearest participating location by clicking here.