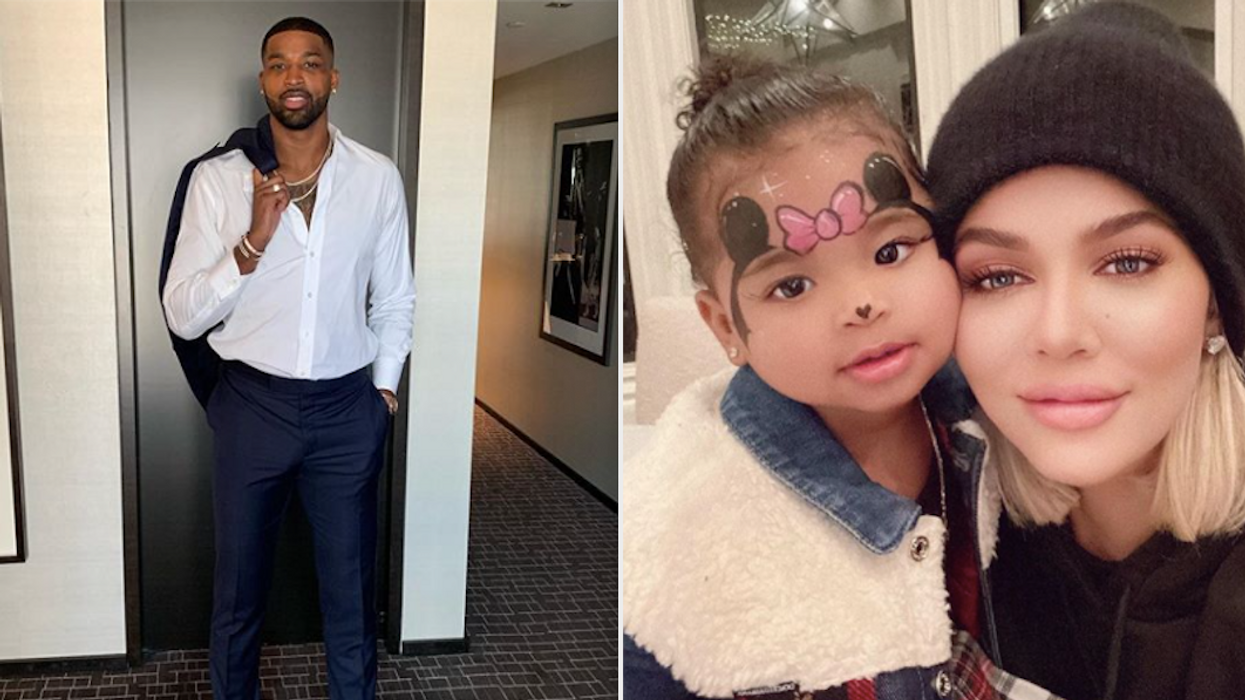 Looking cozy! Tristan Thompson and Khloe Kardashian were seen looking pretty cuddly while hanging out at a mutual friend's birthday party this week. The friends and co-parents have quite the rocky past but have reportedly been quarantining together with their daughter for the past few months.

According to US Weekly, Thompson's former Cleveland Cavaliers teammate Jordan Clarkson posted a video from the party on his Instagram story on June 9. The clip showed a group of friends singing "Happy Birthday" to friend Savas Oguz.

The pals are seen singing and cheering on Oguz while Clarkson zooms in on the extravagant cake fitted with sparklers and candles.

A brief shot pans to the parents of one standing closely together. Thompson looks like he has his arm around Kardashian who has her head leaning on his chest as they both record videos on their phones.

You can watch the original video that was reposted by TMZ here.

The basketball center was born and raised in Brampton, Ontario and has been a loyal team member to the Cleveland Cavaliers since 2011.

Thompson started dating the 35-year-old Keeping Up With the Kardashians star in September 2016 and they broke up in February 2019, per US Weekly.

Their split came immediately after Thompson was caught kissing Kylie Jenner's then-BFF Jordan Woods. However, that followed months of the 29-year-old cheating on his girlfriend while she was pregnant with their daughter True, who was born in April 2018.

Now, the former couple remain friends and co-parents for their daughter who recently celebrated her second birthday.

In March, US Weekly reported that they were quarantining together when an insider told them, "Khloe doesn’t have bad or negative feelings toward Tristan at this point. Being quarantined has made her have a soft spot for him, and she knows he will always be part of her life in some way because he is True's dad."

US Weekly also claims that the two have no plans to get back together.

Thompson is also the father to his three-year-old son Prince, who he shares with his ex, Jordan Craig.