Perfect for your partner in wine. 🥂 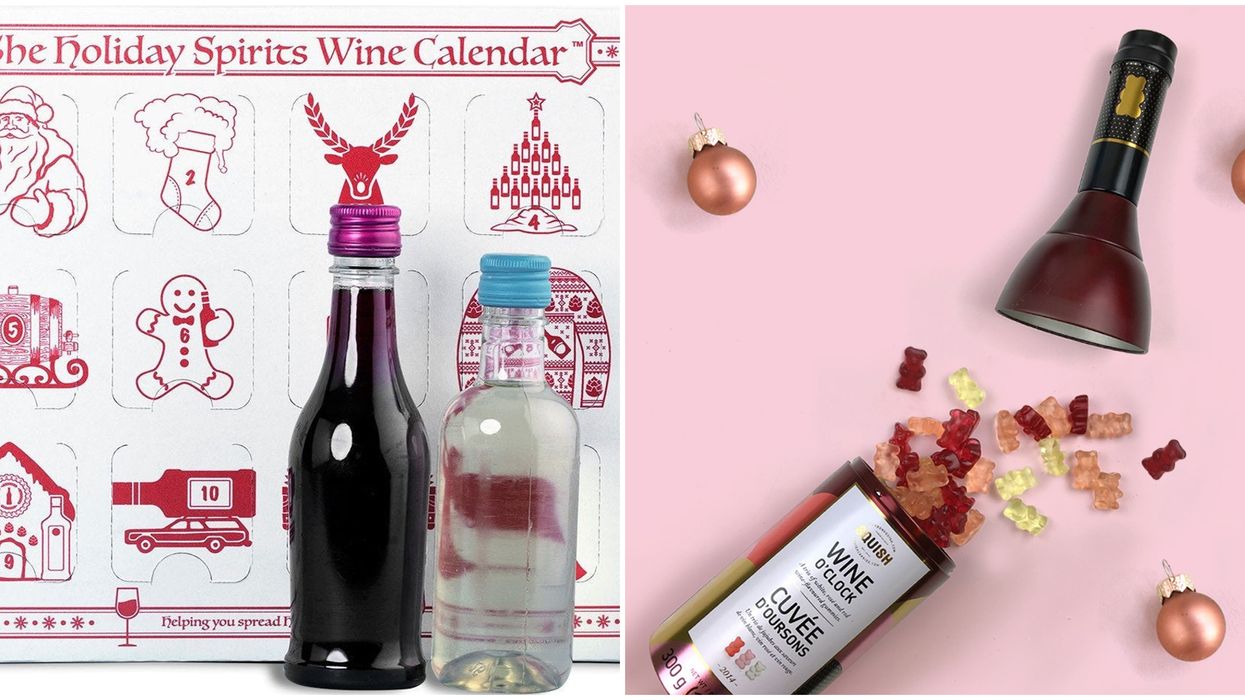 When you are doing your holiday shopping, don't forget your BFF. We gathered up boozy themed items they will be excited to get, like a wine advent calendar.

Below there is something for every budget, with prices starting at just $6 for some yummy candies.

Or if your friend always believes it is wine o'clock somewhere, the Christmas flask stocking is sure to be something they will love. It can hang from a cupboard or fireplace and holds multiple bottles of merlot or pinot grigio inside.

Editor's Choice: You Can Sleep In A Giant ‘Snow Globe’ Near Ottawa This Winter

Details: You can treat your friend to a delicious bag of gummies that taste like rosé, red, and white wine.

Details: It is a cardboard advent calendar with room for 12 bottles of wine.

Details: This set of stir sticks will make any cocktail look extra fancy. They come in a variety of different colours like gold, rose gold, white and silver.

Details: This hilarious wine stocking is sure to be a hit this holiday season. Inside it holds 2.25 litres of wine.

Details: Your friend will feel like they are on vacation as they sip a boozy tropical beverage from this cup.

Details: It will enhance anyone's bubble bath by allowing them to have a glass of wine next to them in the tub.

Details: It is a spill-proof insulated cup that is perfect for an after-work glass of wine.

Deals Canada
Discover Narcity
Get the latest and greatest stories every day in your inbox.

Adventure awaits. The next time you need some fresh air, it is time to explore one of the breathtaking hikes around Ottawa.

There are so many lesser-known gems where you can escape the crowds in an awe-inspiring landscape.

There are some extra measures for COVID-19 though.
https://www.pxfuel.com/ | Wikimedia Aconcagua | Wikimedia

As Ontario considers paid sick leave, a look around the rest of the country shows that only two provinces have it required by employment and labour laws.

While employers may choose to offer more benefits and days off, Quebec and P.E.I. are the only regions where workers are entitled to receive a minimum number of paid days, and even then there are conditions that must be met.