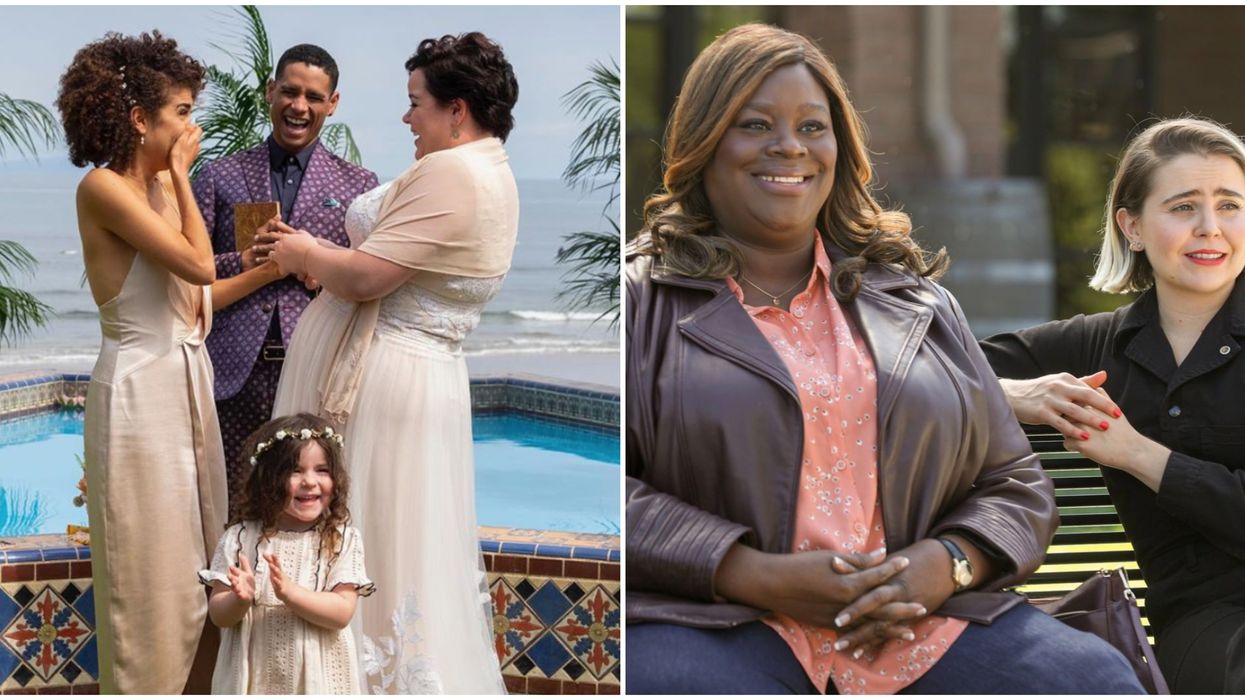 Forget your phone! It's easy enough to get distracted by social media while you're streaming, but there are some addicting shows on Netflix that will make you forget all about Instagram for a couple of hours. No matter if you're looking for a chilling thriller or a light-hearted comedy, the streamer has got it all.

Netflix is known for its diverse original content, which spans across every genre you could imagine. Hilarious adult cartoons like Big Mouth or crime dramas like Mindhunter have become beloved by audiences over the years, allowing them to escape from reality, even if just for a few moments.

As addicting as scrolling through your phone can be, it's important to give yourself a break from time to time, even if that break is spent laying in bed watching your new favourite show.

The streamer also has tons of new and exciting content coming out throughout the month of June, so be sure to keep your eyes peeled!

When they suddenly go broke, a married couple is left with nothing but a small town they purchased called Schitt's Creek. When they move there with their two grown children, life begins to take some wild turns.

Schitt's Creek may have come to an end earlier this year, but the show's creator, Dan Levy, has previously teased that a movie could come at a later date.

In 1977, Holden Ford teams up with FBI veteran Bill Tench as they begin to analyze and profile serial killers around the United States.

It was announced earlier this year that the show's third season has been put on an indefinite hold by director David Fincher, who is focusing on other projects for Netflix.

Joe Goldberg may seem like your average, all-American guy, but underneath his calm exterior, he's got an obsessive personality and killer instincts that take him to some dark places.

Season two of You hit the streamer in late 2019, and shortly after it was announced that viewers can expect to see season three in 2021.

Follow Michael Jordan, Scottie Pippen, and Dennis Rodman as they recount their time spent on the Chicago Bulls throughout the 90s, resulting in multiple NBA championship wins.

If you're a fan of the docu-series, the Hollywood Reporter says that another one is on the way in 2021 — this time following NFL star Tom Brady.

If you need some comic relief, you'll want to check out Big Mouth. The adult animated series follows a group of middle school friends as they embark on the scariest adventure of their lives so far — puberty.

You don't have to worry about falling in love with this series, as Deadline reports that it's been renewed for three more seasons on the streamer.

Three suburban moms are tired of living a life that has them strapped for cash, so they make the risky decision to rob a local grocery store. After a successful heist, they find themselves wrapped up in a dangerous world of crime.

The Fab Five travel all over the United States, providing makeovers to people in need. From cooking lessons to a total home renovation, this group knows how to spice up everyone's life!

When They See Us

Based on the true story of the Central Park Five, a group of black men whose lives took a turn for the worst after being falsely accused of brutally attacking a woman.

When They See Us is one of the many shows that Netflix has that can teach viewers all about the anti-black racism that exists in the world around us.