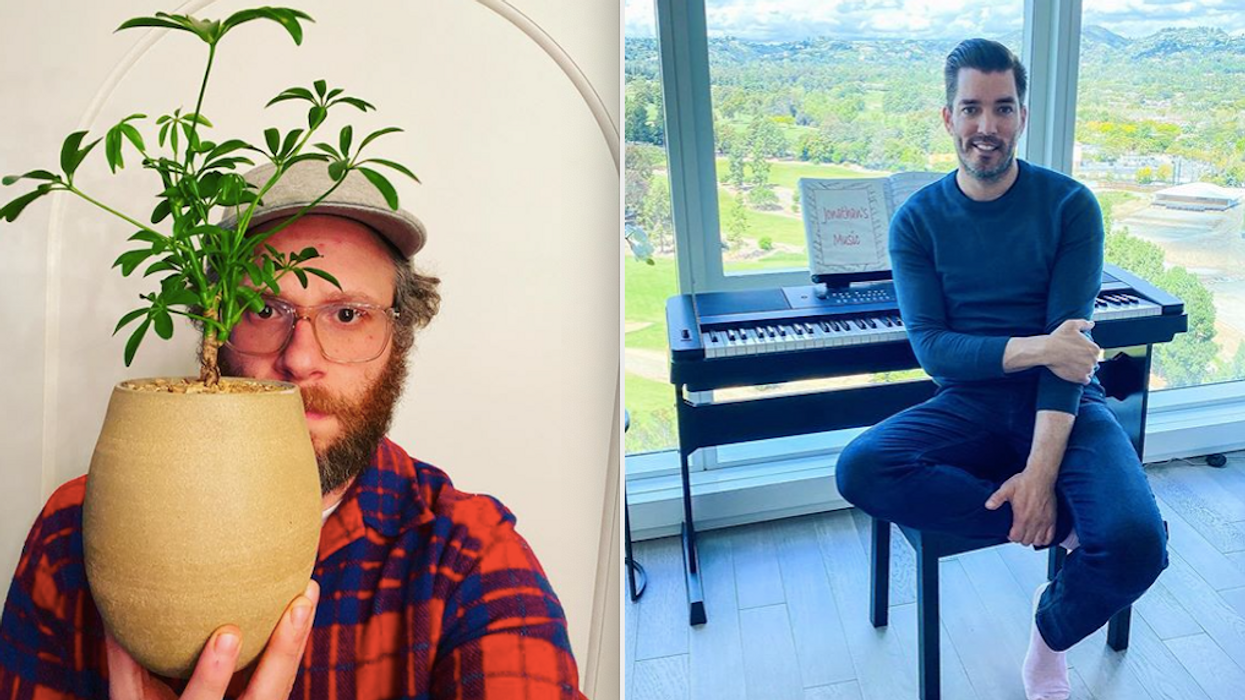 These stars shine in multiple ways! You know dozens of Canadian celebrities for their careers as actors, singers, musicians, and athletes, but there's a handful of stars who have side talents you probably had no idea about. You can even see some of their skills showcased on screen in movies and TV shows.

From a love of ballet to skills on the tennis court and even a knack for magic and illusion, the Canadians here are sure to impress you with their secret talents.

Some even play triple duty with hobbies that earned them memberships, medals, and an album full of music on top of a starring TV role.

Want to learn more about your favourite stars from the Great White North? You can find celebs you probably didn't know have once been married or have kids, athletes that have dated or married famous faces, and big stars who have married Canadians.

The actor behind the hilarious Chandler Bing was raised in Ottawa with his mother and developed a love for both tennis and acting while growing up.

According to The Canadian Encyclopedia, playing tennis was his passion until his mid-teenage years, earning him a 17th ranking in Canada in the junior singles category, and a third in doubles. At 15-years-old, Perry moved to LA with his father in order to compete in the sport in the US.

The Killing Eve star from Nepean, Ontario was put into ballet at four-years-old by her parents. Biography claims that they had "hopes of correcting her natural pigeon-toed gait", however Oh's talent in ballet actually ended up sparking her interest in performing.

David Rose's hubby on Schitt's Creek showed off his singing chops when Patrick serenaded David with a rendition of Tina Turner's "Simply the Best".

Toronto born Reid channelled his inner talent as a musician who currently has two albums out – Songs from a Broken Chair premiered in 2016 and Gemini was just released this May.

The goofy Superbad star from Vancouver isn't shy about sharing his love for marijuana both on and off-screen. However, that's not the only thing he's passionate about besides acting.

On his Instagram account, Rogen shows off his love for making pottery and ceramics and has shared snaps of items he's made including a soap dispenser, plant holder, vases, and ashtrays.

The older half of the Vancouver born Property Brothers actually has two side talents besides home renovations with his twin, Drew.

Jonathan studied acting and drama at the University of Calgary, and has nine acting credits on his resume including an appearance in an episode of The X-Files in 1994. Plus, he's a magician and is a "member of the International Brotherhood of Magicians" on top of being one of the "world's youngest international illusionists", per IMDb.

In April, he posted on Instagram that he's trying to pick up the new skill of playing piano too!

London, Ontario's dreamy The Notebook star actually has a side gig as a singer and jazz guitarist, according to Biography. That talent helped him play jazz pianist Sebastian in La La Land where Gosling told Jimmy Kimmel that it actually was him playing the piano.

The Newmarket born Dumb and Dumber star posts photos on Twitter showcasing his talent as an artist. Carrey often draws cartoons depicting topics including world events, politics and Donald Trump, and his huge love for mangoes.