It's all cool again. 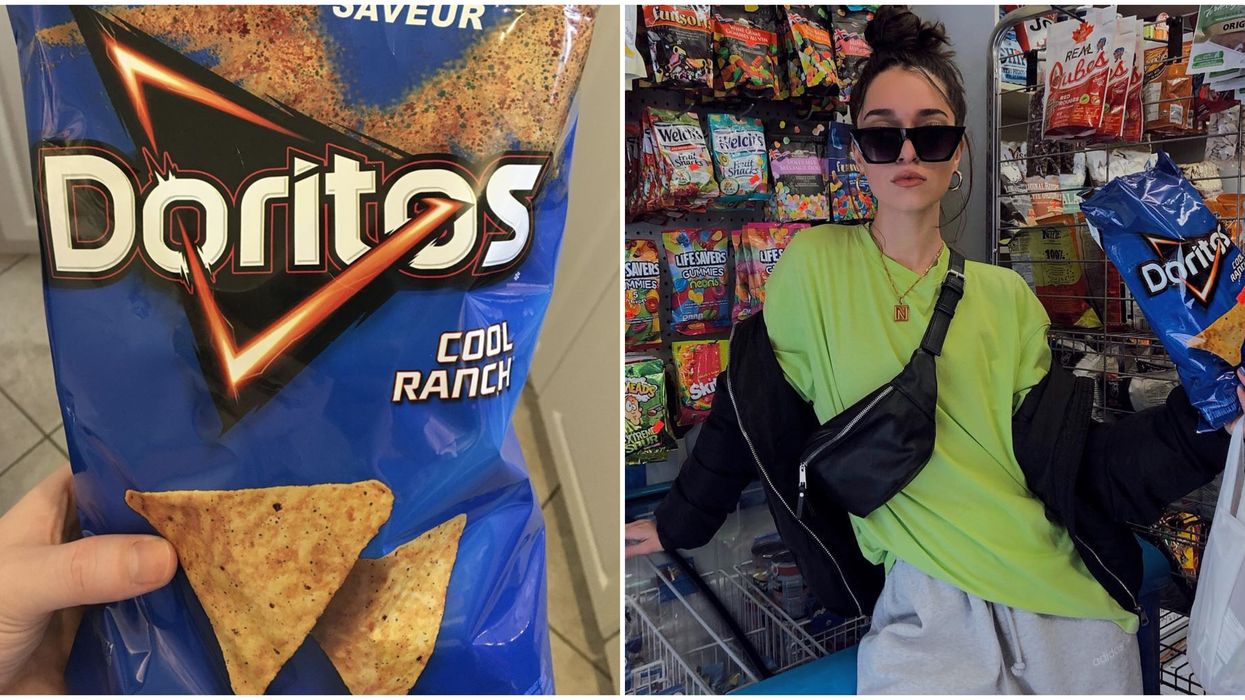 After a long age of darkness, light is finally returning to our nation. The one true chip is blessing Canada after disappearing without warning. Although they temporarily stopped making Cool Ranch Doritos for a few weeks, the flavour's now coming back to a corner store near you.

Cool Ranch fans in Canada were super sad and confused when a few weeks ago, without warning, they weren't able to find their favourite flavours in stores anywhere in the nation. Tons took to Twitter asking the company: why?

It turns out that after the pandemic struck, people were practically buying out the chip aisle in stores. In order to keep up with demand, the company had to stop making certain flavours to focus on the most popular ones, according to Business Insider.

"We have simplified our production to best meet the current overall demand," wrote Frito-Lay's in response to many Tweets asking after missing flavours like Cool Ranch or Baked Hot Cheetos.

"We know that’s disappointing, but rest assured, our plans are to start back production as soon as possible!"

And they made good on their promise: according to an Instagram post from Friday, May 22, Doritos Canada announced the flavour will officially be making a comeback in the nation.

"In Ontario and Western Canada, you can find a bag over the next week," reads their post. "In Quebec and the Atlantic, we’ll be back in stock towards the end of June."

As for why they specifically stopped making Cool Ranch, it turned out that the flavour wasn't as cool as its name implied.

According to CTV, Doritos cut every flavour other than the most popular three — Nacho Cheese, Sweet Chilli Heat, and Zesty Cheese. Cool Ranch came in fourth, so it had to go.

Narcity has reached out to Frito-Lay's for comment and we will update this story when we receive a response.

Now that things have settled down a bit more, however, the snacks are making a comeback across the nation again. You'll be chowing down on those crunchy triangles in no time.