Both musicians recently shared clips of themselves playing! 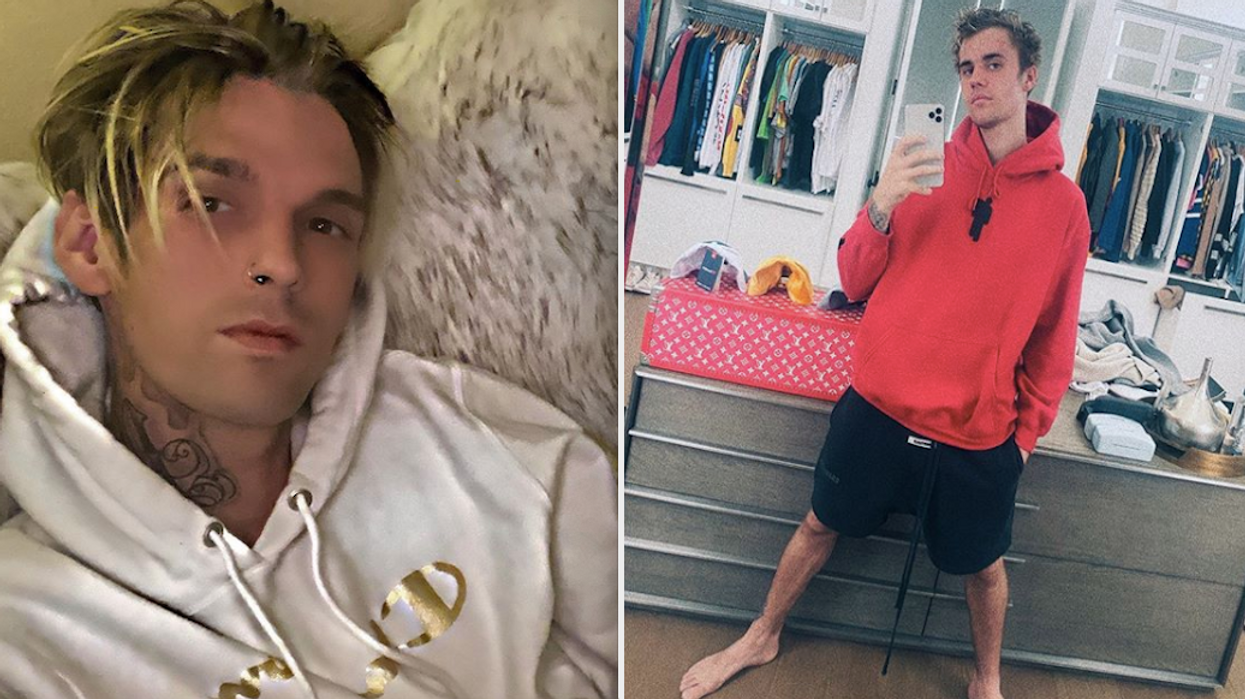 These are some talented musicians! Aaron Carter recently shared a video of him skillfully playing the piano and offered Justin Bieber some lessons in the caption. His interesting offer came after the Canadian posted himself covering a classic Little Richard hit.

The 32-year-old shared an eight-minute clip from his IG Live where he sat down in the front of a piano and played some tunes.

At the beginning of the video, Carter plays around with the keys for a bit and then goes into a full acoustic piece showing off his impressive piano skills.

In the caption, he writes, "hey @justinbieber if you need some piano lessons I got you 😉 #lovewins".

Towards the end of the video, Carter's girlfriend Melanie Martin pops in to ask him if he wants to say hello to the person she's on the phone with.

In the background, Martin explains to her friend that Carter was playing "my Forrest Gump song" which he learned for her in five minutes.

Bieber hasn't yet responded to being offered some lessons.

However, Carter's video was posted just a day after the Canadian shared a clip of him singing and playing the piano.

In his video, the 26-year-old plays a rendition of Little Richard's "Whole Lotta Shakin' Goin' On".

Bieber adds in the caption that he, "learned this one from my pops years ago".

Bieber's post comes days after he was accused of sexual assault by two fans back in 2014 and 2015.

The singer responded to one of the allegations in a 15-part thread on Twitter.

He provided Airbnb trip receipts as proof that he wasn't in the hotel that one fan alleges the assault occurred in.

"Every claim of sexual abuse should be taken very seriously and this is why my response was needed," Bieber writes. "However this story is factually impossible and that is why I will be working with twitter and authorities to take legal action."