"Representation in the industry is something that has been long overdue." 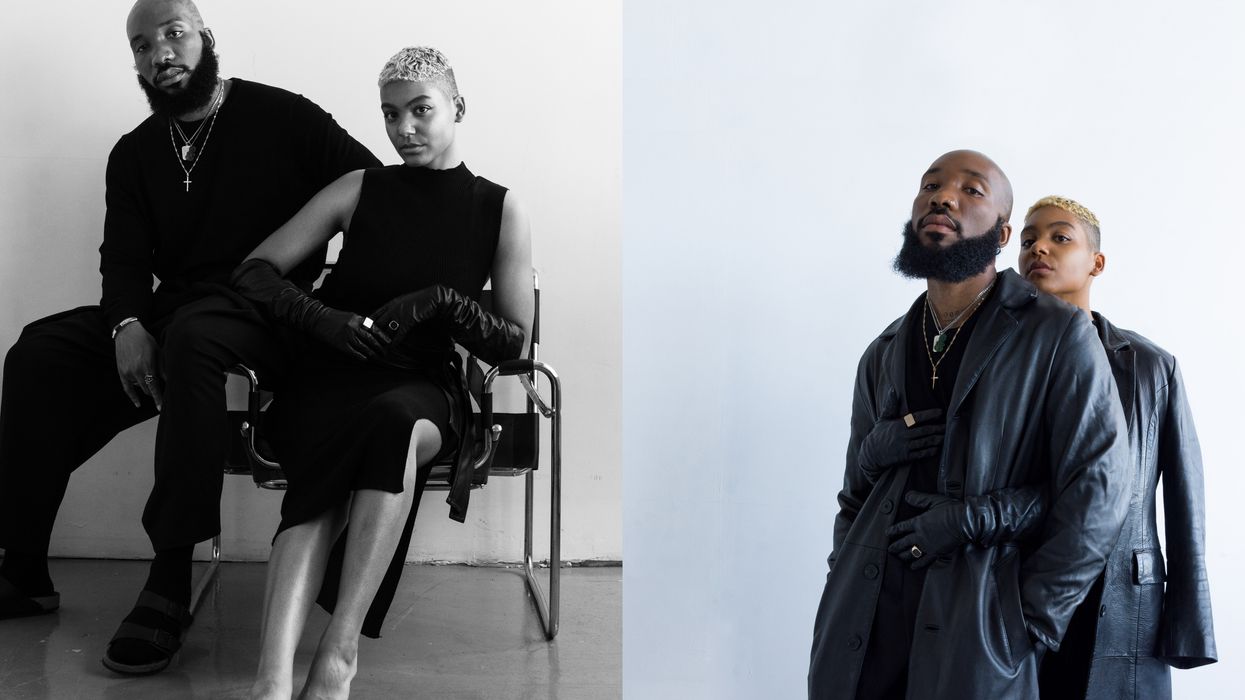 Running a company in the middle of a global pandemic is no easy feat, but one Canadian couple has some tips on making it happen no matter your circumstances.

Miro LaFlaga and his partner Ashley Phillips are the minds behind a visual production and advertising agency Six Cinquième based in Montreal, Quebec.

Together, they work to give artists and creatives the tools to make their projects and visions come to life.

However, according to the pair, navigating the Canadian business landscape while Black can be a taxing journey that requires determination — and they have some tips for others like them.

Editor's Choice: Canada's 'Millennial Money Expert' Has Tips For Getting Through The Pandemic

How to run a Black-owned business in Canada

LaFlaga, the brand strategist of Six Cinquième, believes that running any company requires an individual to be flexible and adapt to changes as they come.

For him, being ready for any given opportunity can lead to a thriving company. He also shares that connecting to people from different parts of the world and not limiting oneself to a geographical location can help expand someone's horizon and clientele.

LaFlaga also shares that Black-owned businesses can sometimes feel intimidated being in a space where "most agencies [...] are led by white men," but that you can overcome this "mental roadblock" and create a successful business no matter your race.

"We realized that we are needed, our contribution and representation in the industry is something that has been long overdue. We wanted to change that," he said.

How to overcome roadblocks

According to LaFlaga, running a Black-owned business does not come without its hardships as there "still exists a lack of representation in the advertising world."

He says that finding their spot in this seemingly uncharted space was difficult, but not impossible and came with many trials and errors until they got it right.

"There was no one to tell us what it takes or how to do it, and we are still learning. We needed to take the initiative to learn a lot of things on our own. We also needed to change the way we see ourselves," he said.

Per LaFlaga, the pair changed their perspective on how to make it in the industry by refusing to see themselves as "victims" because they were the "minority" in the industry. Instead, they shifted their focus to how their diverse background and perspective could be used as a competitive advantage.

He adds that it was always important to see their success as not only their own but that of their people.

"The goal is to create opportunities not only for ourselves but for others in our community by shedding light on the up-and-coming Black-owned movements happening in our city."

What's it like working with your significant other in this landscape?

LaFlaga and Phillips, creative director at Six Cinquième, have been together for four years and met on the job when they were meeting a mutual client. They later saw that their career paths naturally overlapped as their passion for creative design entwined.

The two would later launch their own agency.

Amid COVID-19, the pair has found it difficult to create a balance between work and their personal relationship, but understand how important it is to separate the two and make time for each other.

"We make a great team, so working together is easy. It's taking a break and just being two regular humans in love that took some time to establish. In both our business and relationship, we balance each other out," LaFlaga said.