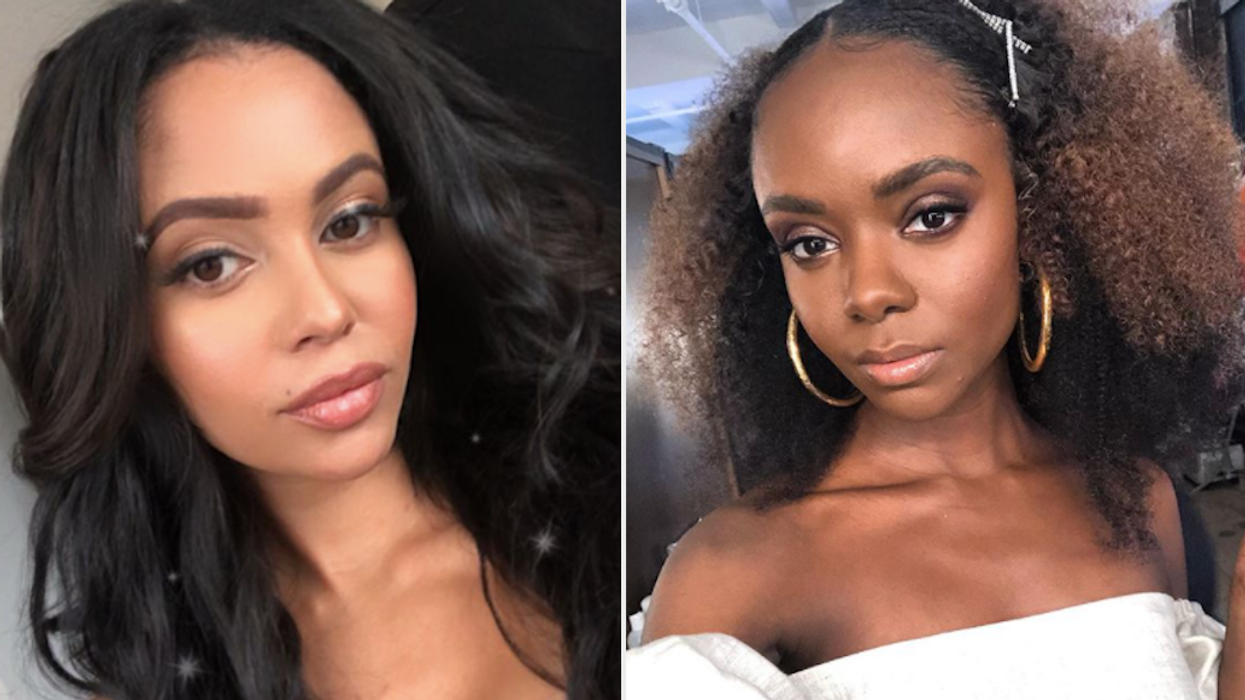 Clapping back at the haters! Riverdale star Vanessa Morgan is not letting internet trolls bring down her former co-star, Ashleigh Murray. The Canadian actress responded back to a hurtful tweet and claimed that she's not being quiet about these issues anymore.

Ottawa born Morgan has played Toni Topaz on the CW series since 2017, and 32-year-old Murray played Josie McCoy, fellow member of the pussycats, from 2017 to 2019.

After saying her goodbyes, Murray reprised her Riverdale character in the drama series, Katy Keene.

Now, the actress is being accused of being "diva" by a Twitter user.

According to ET Canada, the now-deleted tweet reads, "The pussycats were written off because @iamamurray is a known diva and didn’t wait to share the screen with other talented women. Even on ‘Katy Keene’ she barely shares scenes with other women because she’s a diva."

That post got the attention of Morgan, who responded back writing, "You don’t know what the f**k your talking about and don’t talk about my friend like that. Another thing i hate BLACK women being called DIVAS for sticking up for themselves. Maybe the show should write for her like the white characters. You picked the wrong day get off my page."

You don’t know what the fuck your talking about and don’t talk about my friend like that. Another thing i hate BLAC… https://t.co/5WnrXQNI0p
— Vanessa Morgan (@Vanessa Morgan)1590938333.0

That same day on May 31, the 28-year-old followed up with a photo post claiming that she's "not being [quiet] anymore."

"Tired of how black people are portrayed in Media, tired of us being portrayed as thugs, dangerous or angry scary people," Morgan wrote. "Tired of us also being used as side kick non dimensional characters to our white leads. Or only used in the ads for diversity but not actually in the show. It starts with the media."

Murray retweeted Morgan's statement onto her profile and even sent a response to the troll who wrote the now-deleted tweet.

"Lol you clearly have me mixed up with someone else. I love the Pussycats more than any show ever did. If it were up to me, we'd have our own show. And you obviously don't watch Katy Keene because sis is surrounded by women. So f**k all the way off," Murray wrote.

Lol you clearly have me mixed up with someone else. I love the Pussycats more than any show ever did. If it were… https://t.co/wQ7zPP7XH7
— Ashleigh Murray (@Ashleigh Murray)1590939247.0

Murray's starring role in season one of Katy Keene is also accompanied by a part in the brand new romantic musical Valley Girl, per IMDb.