But the mayor says he's "not going anywhere." 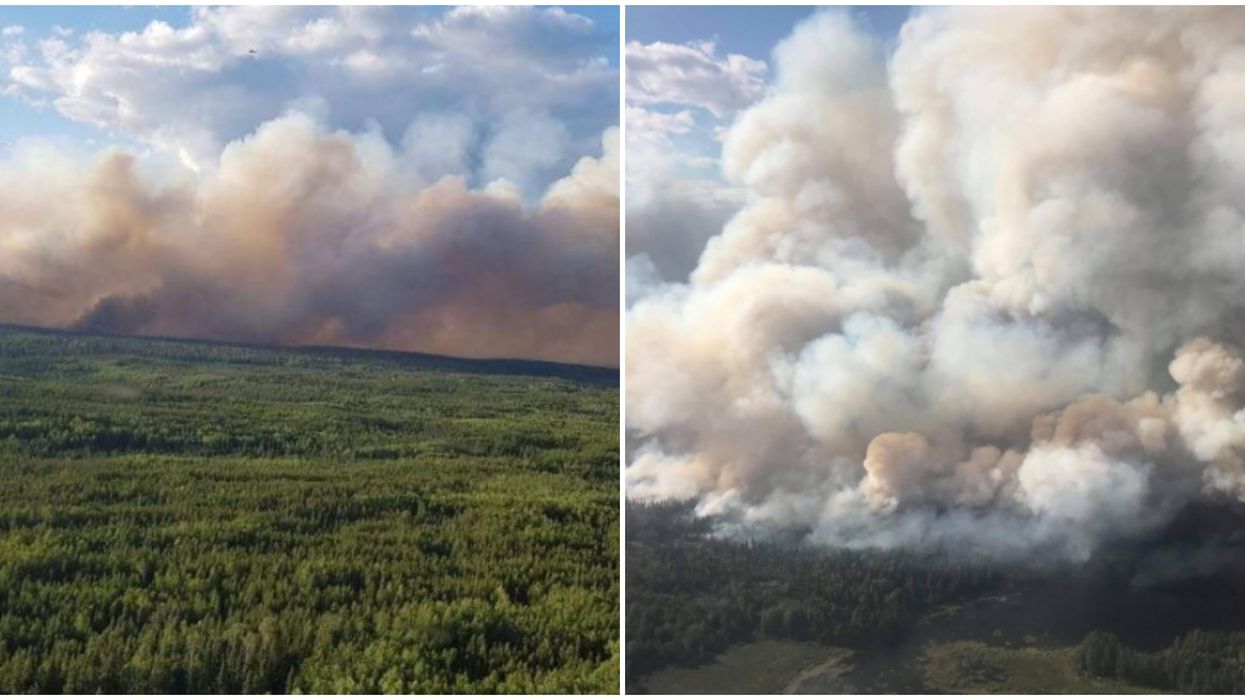 In the face of tragedy, Ontario cities are showing great compassion. Nearby places like Thunder Bay and Kenora have opened their hearts and homes to evacuees from the Red Lake forest fire. The fire has been burning since Monday, when residents of Red Lake were asked to leave their homes as soon as possible.

As of the time of writing on Tuesday afternoon, the fire, which reportedly spans about 550 hectares of land, was still burning and had nearly reached a local highway, reports TBNewsWatch.

The city of Thunder Bay issued a statement on Tuesday saying they're ready to welcome any and all evacuees.

“I have talked with the Mayor of Red Lake and indicated our willingness to support the Red Lake evacuees," said Mayor Bill Mauro in that statement.

"I have also confirmed with our three emergency services that at this time they have the capacity to meet the needs of hosting evacuees.”

Thunder Bay doesn’t know just how many people it may be receiving in total, but it was expecting its first emergency  on Tuesday.

According to the statement, Red Lake is home to approximately 4,500 residents. They are now heading to a few different neighbouring areas, also including Dryden, and Kenora.

Today I’m in Dryden helping prepare the arena for hosting evacuees from #RedLake. The Dryden Arena is one of many… https://t.co/E308Zq6XlG
— Eric Melillo (@Eric Melillo)1597174008.0

Red Lake mayor Fred Mota told CBC on Tuesday the fire has been growing due to strong winds. He says it's burning at "approximately a kilometre per hour."

However, while evacuating residents is a huge priority, Mota insisted he himself will not be abandoning Red Lake.

"To this point, the evacuation is voluntary, not mandatory. I'm staying. I'm here for our residents. I'm not going anywhere," he told TBNewsWatch.

Pics from the Red Lake taken yesterday. These were sent to me. I spoke to Mayor Fred Mota and MNRF Minister Yaku… https://t.co/eaMiK0zNHM
— Sol Mamakwa MPP (@Sol Mamakwa MPP)1597150699.0

Meanwhile, Kenora MP Eric Melillo shared on Twitter that he has been helping Dryden Arena set up emergency shelters for the arriving evacuees.

MPP for nearby Kiiwetinoong, Sol Mamakwa called on Ontario Premier Doug Ford to provide support to families and communities affected, urging that "there is no time to waste."

He also shared photos of himself stocking up on emergency items for people who may need them.

Red Lake Fire Update: Just made it in time to drive out. We are safe. Highway is closed now and people being organi… https://t.co/dAtvL1FBoP
— Colin Hodgson 🇨🇦 (@Colin Hodgson 🇨🇦)1597174523.0

A post on Red Lake's official Facebook page noted without the help of nearby places like Dryden, Kenora, Ignace, Sioux Lookout, and Ear Falls, "this situation would be that much more difficult for our residents."

Thunder Bay City Manager Norm Gale assured the public that COVID-19 will not be a factor.

“At this time there are no active COVID-19 cases in the community of Red Lake,” Gale said, per KenoraOnline.

The situation is ongoing and firefighters are continuing to battle the fire.