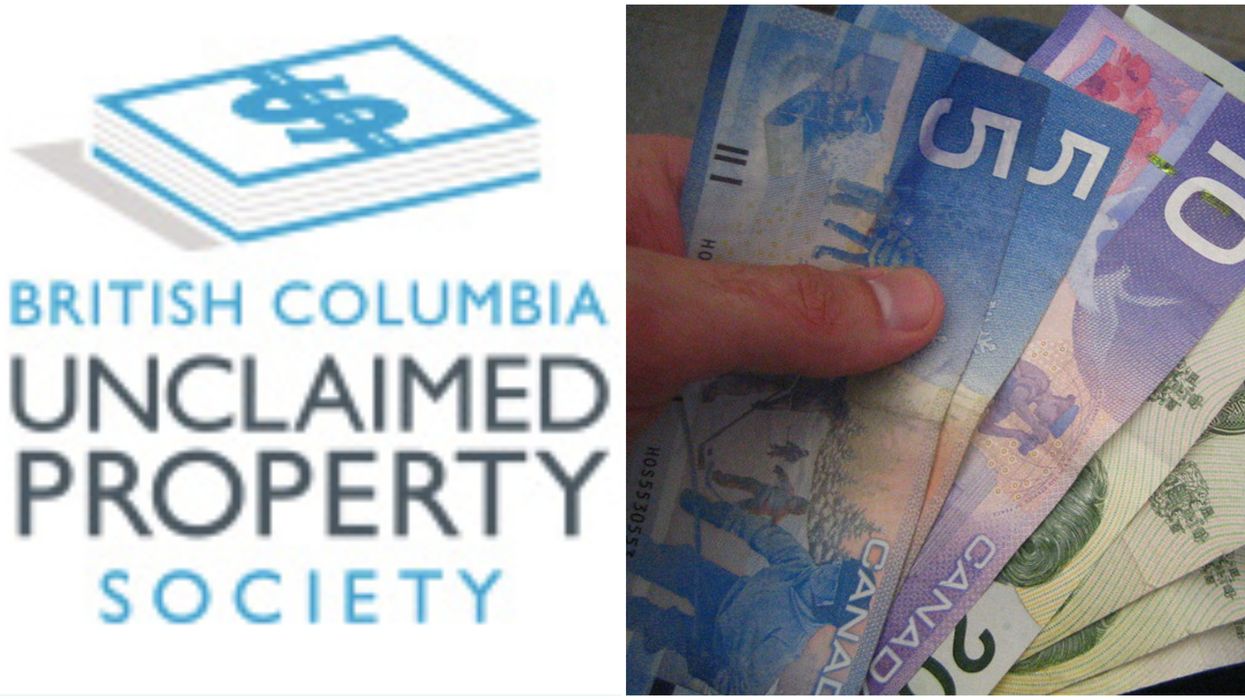 There's no better feeling in the world than finding free money. Reportedly, there are over a hundred million dollars of forgotten money in B.C. lying around in "dormant" bank accounts — and it's possible some could be yours. All you need is to search up your name on a free database and reclaim your cash.

According to Alena Levitz, executive director of the BC Unclaimed Property Society (BCUPS), there's a total of over $164 million in forgotten B.C. bank accounts just waiting to be found.

"These are funds where we know they belong to someone, but we've lost track of the owner for whatever reason," Levitz told Narcity.

She explained that, for a bunch of different reasons ranging from forgetting your bank account existed to moving away without changing your contact information, tons of people have lost money over the years.

That's where BCUPS comes in. They work with B.C.'s unclaimed property program as a "lost and found" for forgotten cash, said Levitz, and their mission is to track down and reunite locals with the money they forgot existed.

"Our oldest account dates from the late 1800s," said Levitz. "And, of course, stretch all the way through to as recent as last week."

You can head to their website and search your name.

They'll then tell you if you have over $50 of dormant funds laying around somewhere but won't disclose the exact number for confidentiality.

Next, reach out to their office for more information. Once you provide verification that the account belongs to you and you're who you say you are, they'll return your money with no interest or fees attached.

Some of the money they know won't get claimed is donated to charities like the Vancouver Foundation, to whom they've given a total $41.4 million since they were founded in 2003.

"It would just be a shame if it was sort of lost."