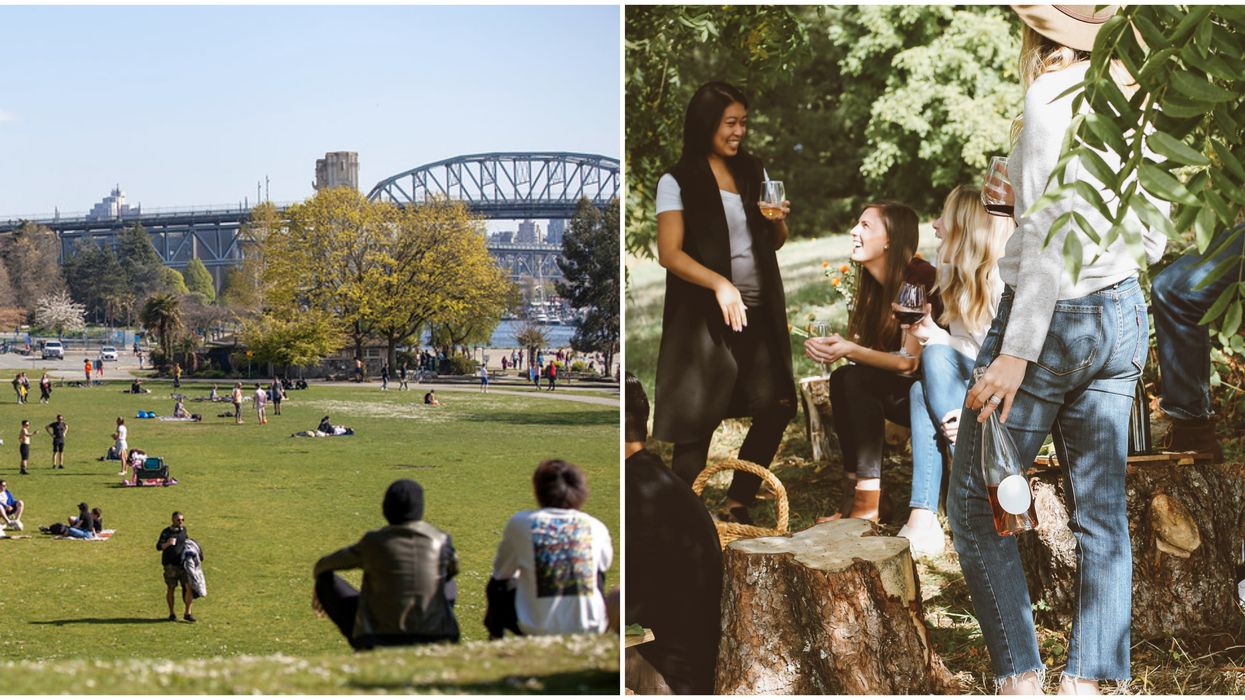 Some locals were crushed when their dreams of freely drinking beers on the beach this summer got shot down by officials. City council said no to public drinking in Vancouver on Tuesday, June 2, after a lengthy debate. But, if you need your booze with sunshine and fresh air, it's totally legal to enjoy a cold one in public just a short boat ride away.

On Tuesday evening, June 2, Vancouver city council denied a request to make it legal to drink alcohol in some public parks this summer.

If passed, the motion would have let people consume alcohol responsibly on some beaches, parks and other designated public areas.

It was a super close race, but didn't manage to get through; the vote ended in a five to five 5, according to the meeting, but they needed a majority for it to pass.

Councillors argued that B.C. already has the highest per capita alcohol drinking rate in Canada and a significant "binge-drinking culture." They also noted that the council can't actually make this decision; it would have been under the Park Board's authority.

"I wonder why we even have this on the agenda when we have no authority over it," said Coun. Sarah Kirby-Yung.

Meanwhile just one day earlier, North Vancouver, a city just a few minutes' boat ride away, had legalized drinking in some of its public parks.

Part of the reason why the request was shut down was because people were already drinking more due to COVID-19, councillors argued. They cited a study showing Canadians were drinking 25% more during the pandemic.

However, the pandemic was also one of the main reasons why it was proposed in the first place — as a way of helping people connect socially while outside, rebutted Councillor Michael Wiebe.

It appears North Vancouver's mayor, Linda Buchanan, agrees with Weibe. "This summer we need to find new ways to connect while distancing," she tweeted. "This is just one way we’re working to make #NorthVan a city for people."

While this might be frustrating news to hear, especially with summer approaching, we can at least find comfort that it's become legal just a few minutes away. If you're really aching for some drinks in the sun, there's always North Vancouver.