It's an invite-only chat app. 📱 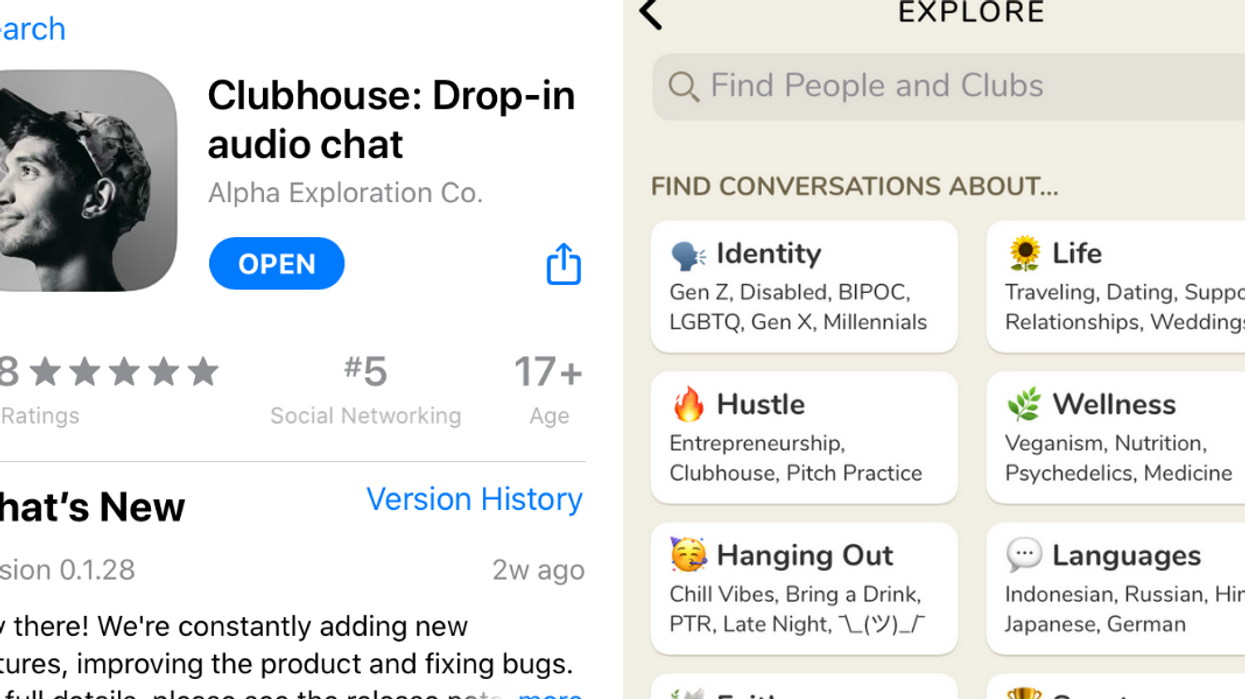 Recently, I found myself wondering, "What is Clubhouse?" after seeing a number of friends on social media hopping on the trend and downloading the new social networking app.

I'm a notorious late adopter. I was seriously late to the Instagram game and I didn't get TikTok until we were pretty deep into the pandemic. While I'm often late to the party, I do have a fair share of FOMO that gets me there eventually.

Clubhouse was founded in 2020, so it's still relatively new and at this time it's invite-only.

It describes itself as a "drop-in audio chat" platform in the app store and if you want in on the action, you better hope one of your friends is already an insider who can invite you.

Editor's Choice: A Bunch Of Dr. Seuss Books Are Being Pulled Because Of 'Racial Stereotypes'

How do I join Clubhouse?

So, here's the thing. The app is invite-only so it isn't as easy as some of the other social networking platforms to just download and hop on.

When you download the app, you're met with a screen that says "We're working hard to get Clubhouse ready for everyone! While we wrap up the finishing touches, we're adding people gradually to make sure nothing breaks. :)"

It goes on to say that people are welcome to join if they have an invite from an existing user (every user can invite two friends right when they get an account).

If you haven't got an invite text from a friend, you can reserve your username and hop on the waitlist. At that point, people who have your phone number in their contact lists are notified that you're waiting to get in and they can let you in if they so choose.

When I signed up, someone who I don't remember meeting but is apparently in my contacts let me in right away.

Oh, and it's currently only available on iPhones.

Once you're in, here's the scoop.

What's it all about?

Clubhouse feels like a mix between Zoom, Instagram Live, and podcasts. You can join or create "rooms" that allow you to hop on a big conference call.

If you join someone else's room, you're there to listen. You can raise your hand if you want to talk, ping your friends into the room, and listen to engaging talks by one or more hosts. In some rooms, the conversations are round-table style and everyone is invited to say their piece.

Basically, it's like your attending a digital conference that has talks at all hours of the day and you can come and go as you like. There are some pretty cool rooms with innovators and thought leaders across tons of different industries.

From business and entrepreneurship to mindfulness and art, you'll find something you like for sure.

How does Clubhouse work?

Once you join you'll see a list of rooms that are currently live. It will also show you who's in each room.

Like any other social networking platform, you can curate your news feed in accordance with your interests and the interests of your friends.

If you want to open a room, you can choose "open" so everyone can see it and anyone can join, "social" which is open to the people you follow, or "closed" which is only open to people you specifically include.

You can also make rooms for the future and pick future rooms to add to your schedule.

My honest opinion is that I'm a huge fan. I love listening to podcasts or passively watching vlogs or Instagram Lives. One of the best things is that you can join a room and fully lock your phone and it will keep playing until you actually leave.

I love learning and listening to thought leaders in my areas of interest, so this is a really cool platform for me to do that.

It doesn't have the mindless scrolling appeal that other platforms have as there are no visuals, only audio, so I can't say I'll spend as much time on it as I would Instagram or TikTok.

But, if I'm feeling like I want to be productive in a super approachable way, this platform seems like a really rad and super-easy way to learn and engage in tons of different communities.

It doesn't have the addictive quality that other social platforms have, but the value is huge and I'm really excited that some random man in my phone was kind enough to let me join the party.