You won't believe that it's all vegan. 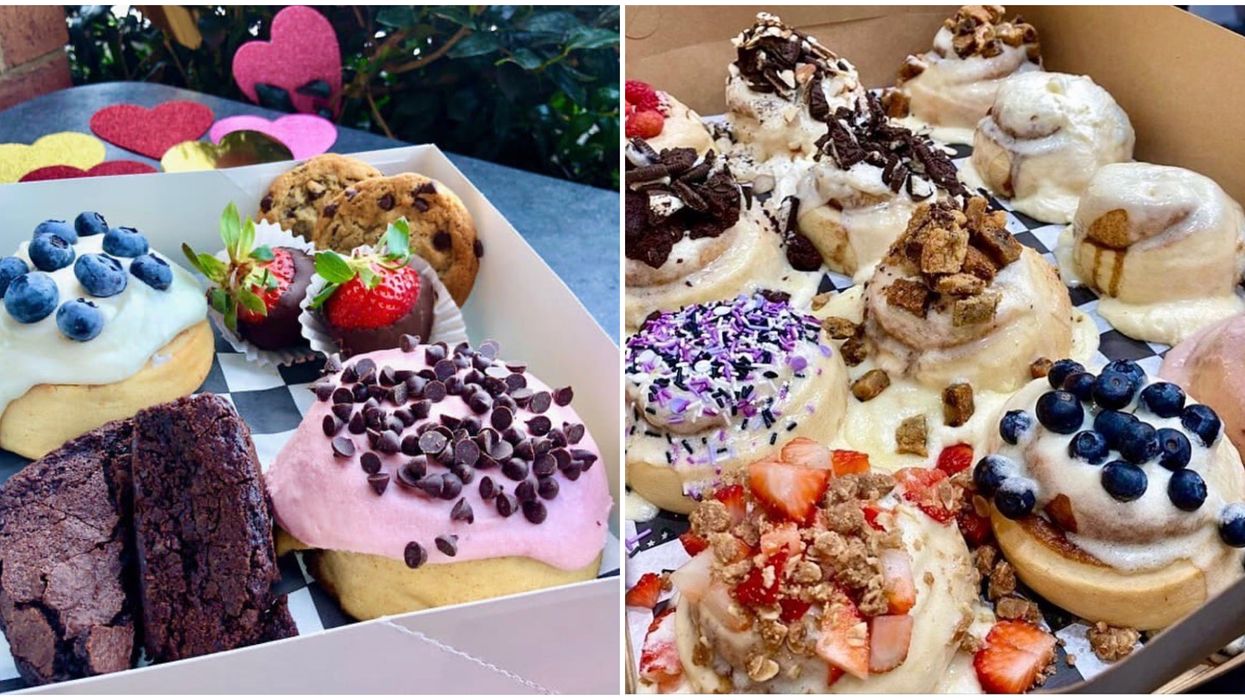 If there was ever a Cinnabon in your local mall or shopping center, consider yourself a lucky one. There really wasn't anything like those sugary goodies that just melt in your mouth when you take your first bite, until now. There's a new kid on the block, and the Cinnaholic dessert shop in Atlanta might become your go-to spot when it opens a new location later this summer.

Cinnaholic is coming to Dunwoody and this is only its second location in Georgia. The other location is right in Central Atlanta and has been a pretty popular spot since it opened.

The Dunwoody Cinnaholic Facebook page replied to comment about their opening date saying, "Hoping for mid-July! Pending for an approval to come in before we officially set a date and announce it."

It's only a matter of time before these sweet rolls roll out. But there's a little secret about their treats you might not have guessed — they're plant-based.

These cinnamon rolls and the frosting that oozes over them has no animal products whatsoever.

When you order your roll, you'll be able to custom build it from the ground up. There are over 20 flavors of frosting to choose from including coffee, raspberry, and cake batter as well as over 20 toppings including cookie dough, marshmallows, and pretzels.

You might recognize this eatery from the popular show Sharktank. The shop now has over a dozen spots all over the US.

If you're not a cinnamon lover, don't fret; there are plenty of non-cinnamon roll options for you.

To celebrate the opening, the Facebook page is having a contest to win free cinnamon rolls for an entire year. All you have to do is enter your name, email address, and like the page.

You might have never had a vegan roll before, but you'll probably want them for an entire year straight after biting into one.

This is one sweet treat that you can pretty much eat guilt-free.

Why You Need To Go: These huge and delicious vegan cinnamon rolls are coming to Dunwoody and are a hit in Central Atlanta already.