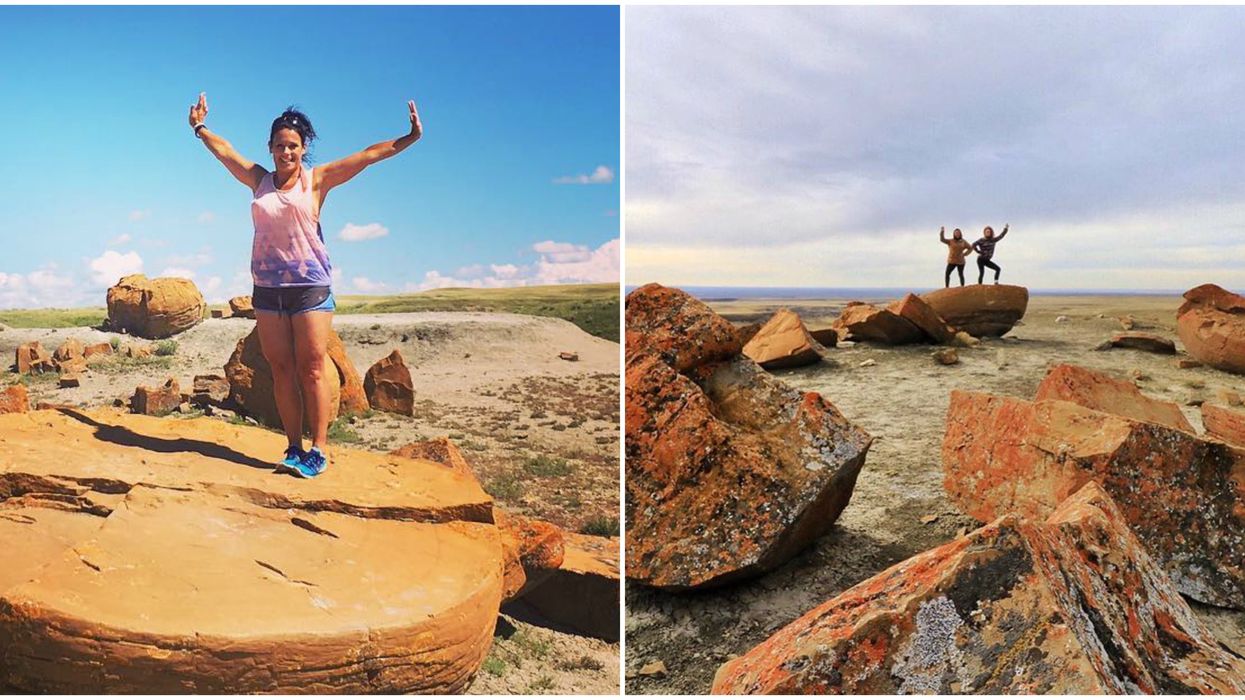 Feel like an astronaut without ever boarding a space ship. No, we aren't suggesting you become an extra in The Mandalorian. Instead, only a short drive from home, you can find a secret otherworldly park. It is time to start the car, as exploring Alberta's Red Rock Coulee feels like walking on Mars.

While exploring faraway planets may seem exciting, there is no way we could live on a spacecraft. Thankfully, reaching this unique landscape is so much easier than landing on the fourth planet from the sun.

The provincial natural area is in Southern Alberta, a three and a half-hour drive from Calgary. There isn't much nearby, but it would be a fantastic spot on a Badlands road trip.

What makes this spot so unique? It is almost like Stonehenge, but instead of rectangular blocks, it is gigantic red sandstone spheres.

Plus, unlike Stonehenge, no expensive plane ticket is required to get there. All you need is an afternoon off work and a vehicle.

The reddish-orange stones are so monumental; and are some of the biggest of their type in the world. Some measure an astonishing two and a half metres across.

But it isn't just one or two red spheres; there are tons of them that make it look like another planet.

When you see the rocks up close, it hard to believe the perfectly round shape isn't human-made.

Just make sure to prepare for hiking in an off the beaten path area, such as having GPS and proper footwear. You'll also want to exercise caution, as rattlesnakes and scorpions can be spotted.

Walking around the park it looks similar to the photos taken by the Mars rover. The red rocky soil-landscape feels nothing like you'd find around town.

So go grab your space-loving friend, both of you will want to see this wonder up close.

Why You Need To Go: The round stones are some of the largest of their type in the world.

We strongly advise that before you go swimming or visit any location, you check the most recent updates on potential hazards, security, water quality, and closures. If you do plan to visit a location, respect the environment and obey any local laws.