He never found his love. 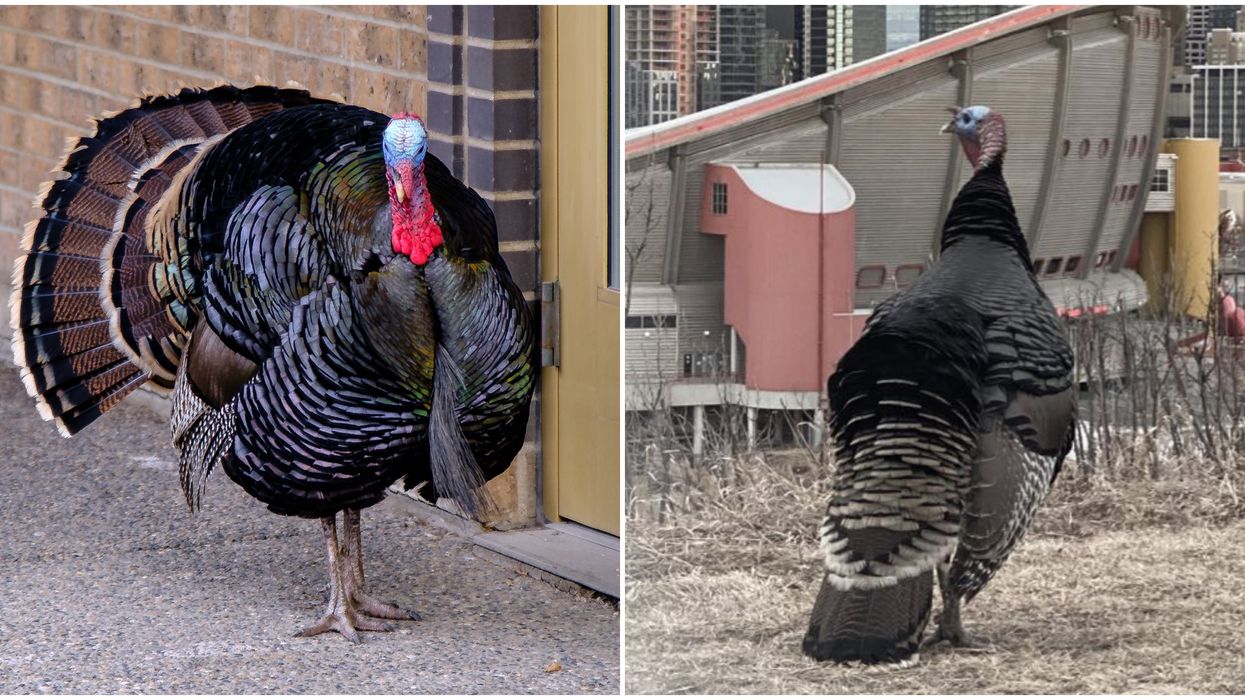 Calgary lost its hero, and the world is a bit dimmer for it. The city's unofficial mascot and world's most handsome turkey contestant, "Turk Diggler," is presumed dead after a reported coyote attack. Turk has inspired countless locals after venturing on a quest for love in the city's lonely streets.

The city's feathered friend was famous for walking the streets and evading police over the last few months, but according to the organizers of his Facebook fan page, his legend ended last week after a supposed coyote attack.

Editor's Choice: You Now Have To Make $135K A Year To Be Considered Middle Class In Toronto (VIDEO)

"We were devastated," said Avery Maxwell, one of the Facebook group's moderators, to Narcity.

Maxwell got the message early Friday morning, July 24, from a maintenance worker at Columbus Manor in Bridgeland.

"He'd spent the better part of an hour cleaning up turkey feathers," she said, and he recognized some of the feathers as belonging to Turk.

Another of the group's moderators who had experience with wildlife rehab checked out the site and wasn't able to find the body. However, because so many feathers were lost, it was clear "he wouldn't have survived."

"This was very obvious that an animal had done its best to remove most of his feathers and then had taken the carcass off somewhere else to feed a family," said Maxwell.

After she made the announcement on Facebook, thousands of people poured in their support over social media. On Friday afternoon, #RIPTurk was among the top trending hashtags in Canada.

"The support has been amazing," said Maxwell.

Turk had brought joy to Maxwell and tens of thousands of people, both on a local and a national level.

"He was just like this, lovely, hilarious... um — unique distraction. He had nothing to do with anything. So it was just wonderful that we got to share in the uniqueness of him and follow him to see what adventures he would have next."

Adventures like his quest for love in the big city, when he wandered the street looking for a mate, are now over. According to Maxwell, Turk never found his lady turkey — but he got something else instead.

"Instead of finding Turkey love, he instead found the love of this community," she said. "That would love him forever."