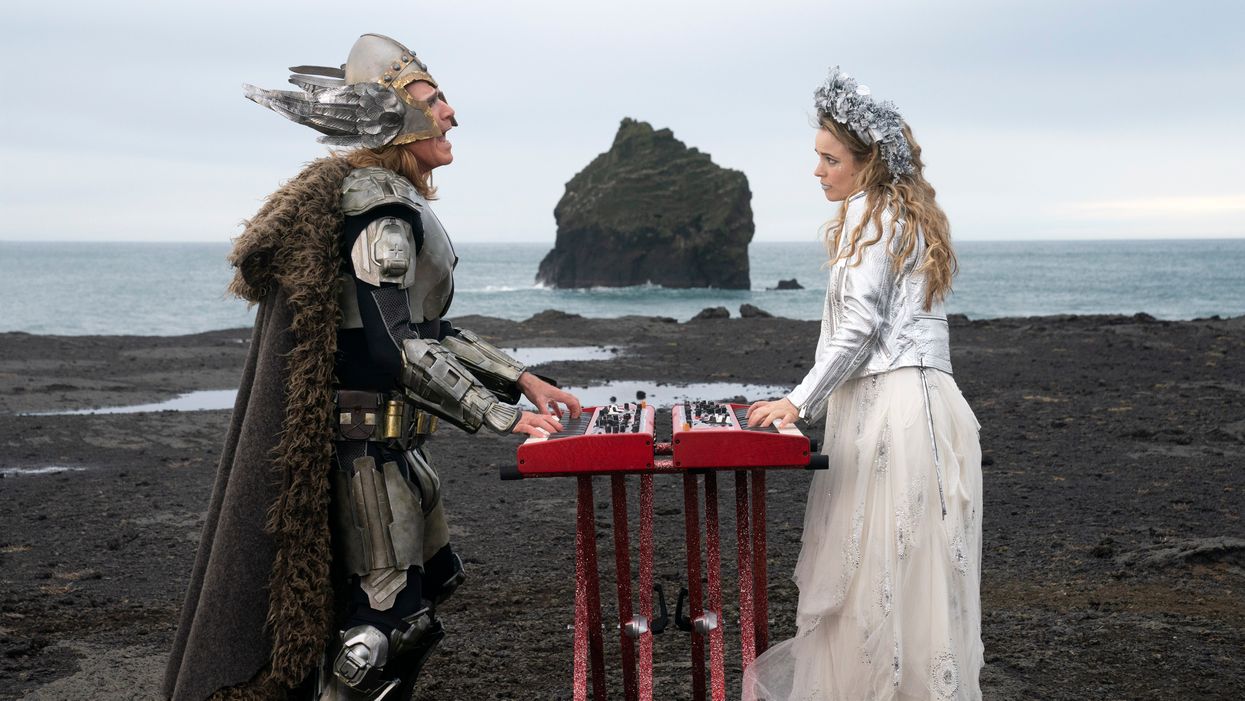 Rachel McAdams is back! In her first project since Game Night, the Canadian actress has teamed up with Will Ferrell to create a comedy film about a European musical duo, unlike anything you’ve seen before. The movie is called Eurovision Song Contest: The Story of Fire Saga, and it’s set to premiere on Netflix later this month.

In the recently released trailer, we’re introduced to Sigrit and Lars, a musical duo called Fire Saga from Iceland who have a history of being booed off stage by locals at their performances.

When it comes time for the country to select their representatives for the upcoming Eurovision Song Contest (also known as the world’s biggest song competition), they’re left with no choice but to send Fire Saga.

Throughout the trailer, it’s made clear that Lars’ father doesn’t exactly approve of his career path, which makes the Icelandic singer even more determined to prove himself in hopes of earning his dad’s respect.

Along the way, we also see some sparks flying between the musical duo, but they quickly come to the conclusion that a budding romance could potentially ruin their partnership.

“When aspiring musicians Lars and Sigrit are given the opportunity of a lifetime to represent their country at the world’s biggest song competition, they finally have a chance to prove that any dream worth having is a dream worth fighting for,” the video’s description reads.

Although the movie sounds like a classic goofy Ferrell story, it turns out that the Eurovision Song Contest is actually a real annual event that’s been held every year since 1956.

In real life, 2020’s event has been cancelled, but on the bright side, the Netflix original will give fans a small taste of what they may have experienced this year.

Eurovision Song Contest has a stacked celebrity cast including Natasia Demetriou (What We Do in the Shadows), Pierce Brosnan (Mamma Mia!), Dan Stevens (Beauty and the Beast), Demi Lovato (Sonny with a Chance), and Jamie Demetriou (Fleabag).

The film was directed by David Dobkin, who’s known for his work on projects like The Judge, Wedding Crashers, The Change-Up, Shanghai Knights, and Fred Claus.

Apart from just starring in the hilarious comedy, Ferrell also wrote it alongside Andrew Steele, who he worked with on Saturday Night Live, the Slanted reports.

Netflix’s June lineup is loaded with tons of new and exciting shows and movies like Lenox Hill, Curon, and season two of the Ryan Murphy hit, The Politician.

Eurovision Song Contest: The Story of Fire Saga is coming to the streaming service on June 26. You can check out the film’s comedic trailer below.