We can't handle it! 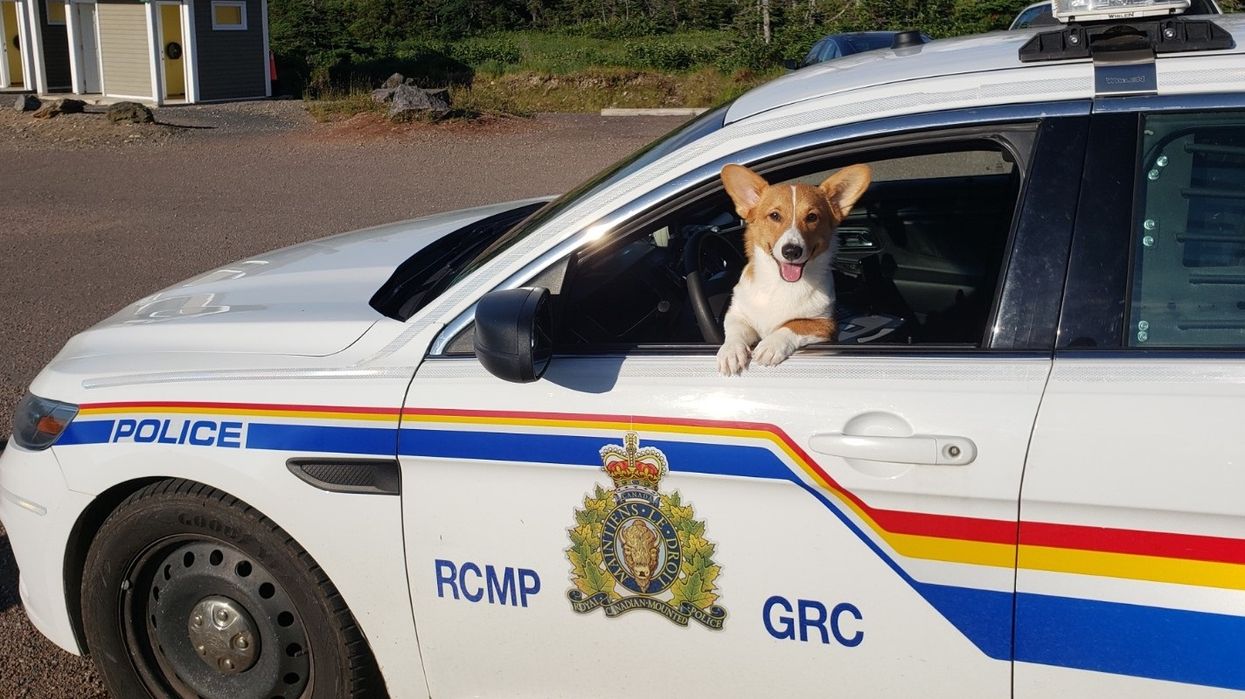 We're really in the dog days of summer, and the Nova Scotia RCMP made that apparent in their latest Facebook post, which concerns freeing what might be the country's most adorable corgi from a hot car.

In the July 28 post, the RCMP said they were called to the scene of a dog trapped inside a hot car yesterday, and found the corgi showing "signs of distress."

The police were able to retrieve the dog through the car windows, which were left open enough for the corgi to be pulled out and taken to the nearest detachment.

The little pup appeared happy to be set free, and posed for some truly adorable photos in the police cruiser before being picked up by the owner, who was handed a $410 fine under the Animal Protection Act.

The RCMP concluded their post with a warning to pet owners that they should never leave their dogs unattended inside a car on an extremely hot day.