Alex Trebek Is Pushing For 'Jeopardy!' To Be One Of The First Shows Back In Production

The Canadian star is eager to get back to work. 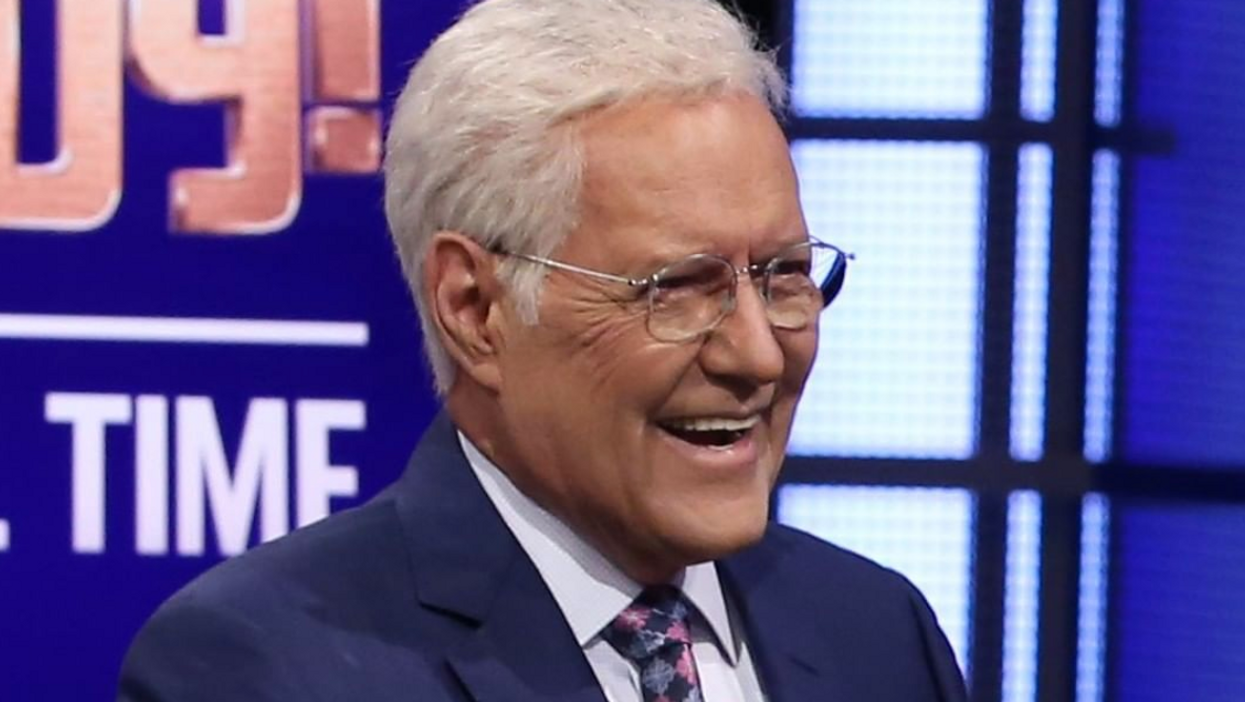 It’s not goodbye, it’s see you later! The final pre-taped episode of Jeopardy! is set to air soon, meaning that the show will be taking an indefinite hiatus until production can resume. Luckily for fans, Alex Trebek is pushing to get filming up and running as soon as possible.

Back in March, the hit game show announced that it would be filming without a live audience for the time being. Shortly after, crews decided to suspend production entirely to protect cast members.

On Friday, June 12, the final episode of Jeopardy! that was filmed before the shut down will air. It’s currently unknown when the series will resume, leaving fans to worry that this may be the last time that they'll see Trebek take the stage.

Back in 2019, the Canadian revealed that he had been diagnosed with stage four pancreatic cancer, and over the months he’s been incredibly open about his battle.

One year after his diagnosis, Trebek gave an emotional update to fans. Despite only having an 18% chance of surviving the first 365 days, the 79-year-old beat the odds and continues to fight.

The Jeopardy! star confirmed earlier this year that he plans to continue his hosting duties “as long as [his] skills do not diminish.”

Some symptoms from his chemotherapy treatment have left it difficult for Trebek to pronounce certain words, but he’s determined to keep working throughout his battle.

"I’m sure there are observant members of the television audience that notice also, but they’re forgiving. But there will come a point when [fans and producers] will no longer be able to say, 'It’s okay,'" he told CTV News.

According to TV Line, a representative for Jeopardy! has said that the Sudbury born celeb is very eager to get back to work.

“Alex is looking forward to resuming production as soon as we are able to do so. He’s told us he wants to be one of the first shows back in production.”

During the show’s hiatus, reruns of older episodes will be broadcast, so fans won’t be stuck without any of Trebek’s wit and charm in their lives.

Since his diagnosis, those who are lucky enough to know the beloved host have been sharing heartwarming stories about him. One former contestant even revealed that he had the sweetest response to her wedding invitation.

If you’re in the mood to binge-watch some Jeopardy!, three collections from the show are currently available for streaming on Netflix.