They looked like they were having so much fun together! 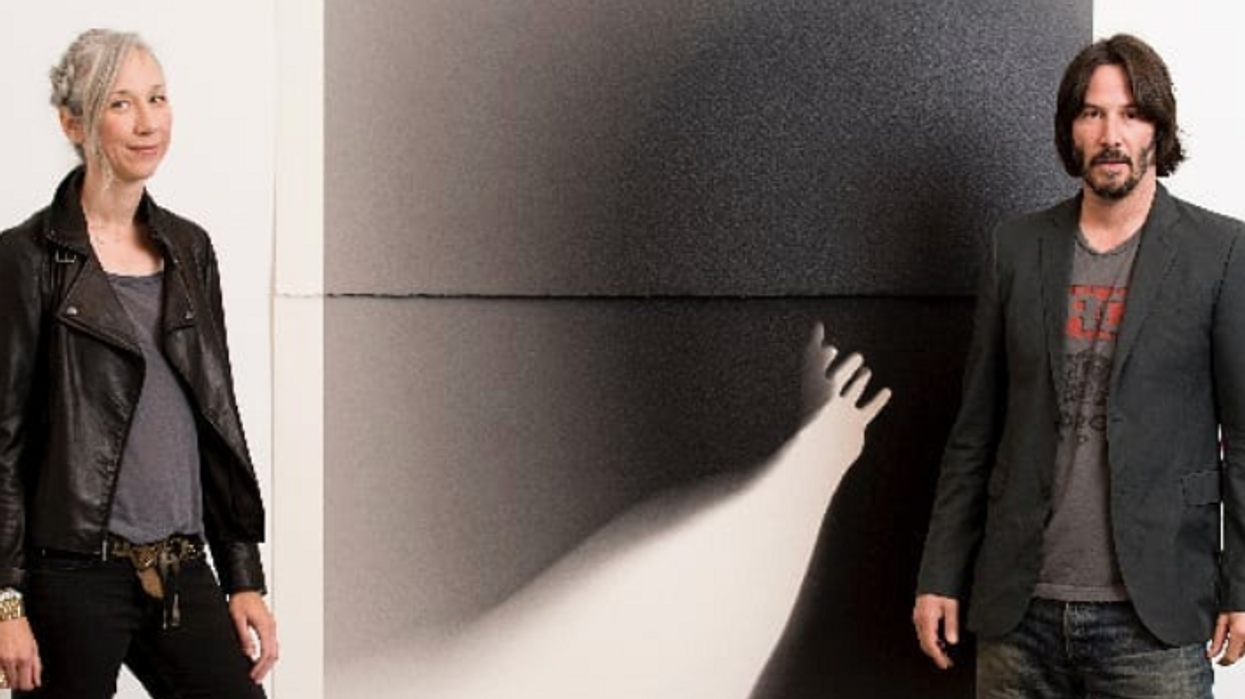 Couple goals! It's been a little while since we found out about Keanu Reeves and Alexandra Grant's relationship. They've kept a pretty low profile since attending their first event together in November, but recently the two were spotted in Berlin.

According to the Daily Mail, Reeves was all giggles and smiles while hanging out with his girlfriend. The outlet also shared a few photos of the couple, which were taken last week.

The 55-year-old is preparing to resume shooting for The Matrix 4 in Berlin, which was halted in March.

The upcoming film is set to set for a 2021 release, reports the Daily Mail. Production originally began in January.

In the photos, Reeves and Grant stay super close to each other, clearly having fun on their outing in the German capital city.

Reeves is fitted in a black blazer, pants, and t-shirt with brown hiking boots. He rocks a backwards red and black baseball cap.

Grant is wearing a black sweater, vest, jeans, and booties, with pops of white in her scarf and shirt. The 47-year-old is holds a shopping bag that looks to be filled with goodies.

Also making an appearance in the snaps are Reeves' co-stars, Neil Patrick Harris and Carrie-Ann Moss.

Reeves and Grant made their red carpet debut together back in late 2019. They showed up hand-in-hand at the LACMA Art + Film Gala. This is the Canadian actor's first public relationship in 15 years.

Shortly afterwards, excited fans found out that the couple has actually been together for years and are reportedly pretty serious and in love with each other.

The two first met at a dinner party in 2009 and became friends, reports Us Weekly.

In 2011, they collaborated on Reeves' grown-up picture book called Ode to Happiness. The actor wrote the story and Grant, who is a talented artist and painter, illustrated it.

They collaborated together again to create a book press based in Los Angeles called X Artists' Books, alongside Jessica Fleischmann.

Reeves doesn't use any social media and Grant has personal and professional Instagram accounts but keeps her relationship with The Matrix star pretty private.