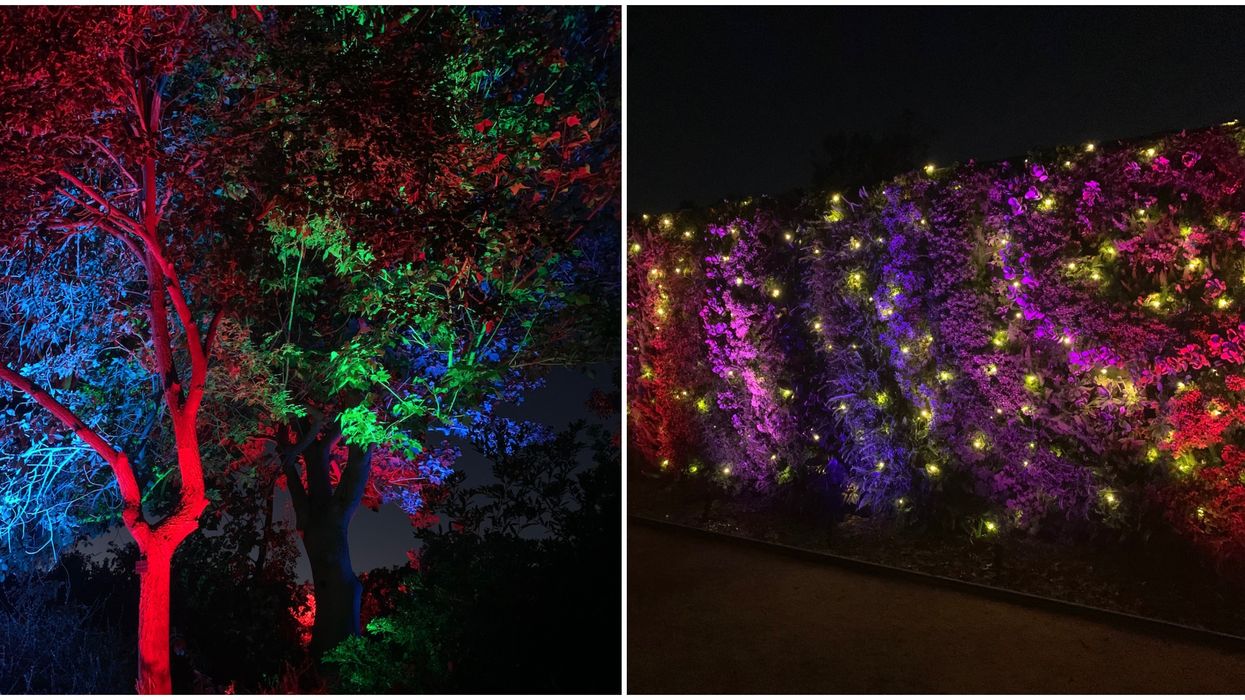 Lush greenery turns into an underwater dreamscape at GLOW, the new light exhibit coming this winter to South Coast Botanic Garden, located about 40 minutes outside of Los Angeles.

GLOW is a visually extraordinary art installation that will use thousands of lights to transform the botanic garden into an oceanic scene, for their "Garden Lights And Ocean Waters" theme.

The colorful lights will be placed amongst the trees and plants, illuminating them in all different colors, to make you feel like you are under a psychedelic sea.

I think one of the biggest ‘wow’ moments will be in the Banyan Grove. Kelly Krusee, South Coast Botanic Garden's Director of Learning and Engagement

The result is a scene that appears almost otherworldly — land-dwelling plants appear here to look like a sort of bright and colorful coral illuminated by twinkling lights.

The whole installation is set to a specially curated musical soundtrack that is truly all over the place, including electropop made especially for GLOW by DJ Jerzy, surf music, Italian classical music (Vivaldi, specifically), and...Train (yes, that Train).

“There is something for everyone in GLOW. I can’t wait to see how people react to it and hear about their favorite parts,” says Kelly Krusee, South Coast Botanic Garden's Director of Learning and Engagement.

“I think one of the biggest ‘wow’ moments will be in the Banyan Grove. That area is stunning on its own, and to see it with California Outdoor Lighting's concept and the music will be incredible.”

GLOW opens November 21, with general public tickets going on sale on November 6 (pre-sale tickets for members have already begun selling) — and be on a special lookout for that Banyan Grove.

Why You Need To Go: To take part in an underwater dance party that's not actually underwater and is, in fact, just plants illuminated to SEEM like they are underwater