They can show COVID-19 symptoms. 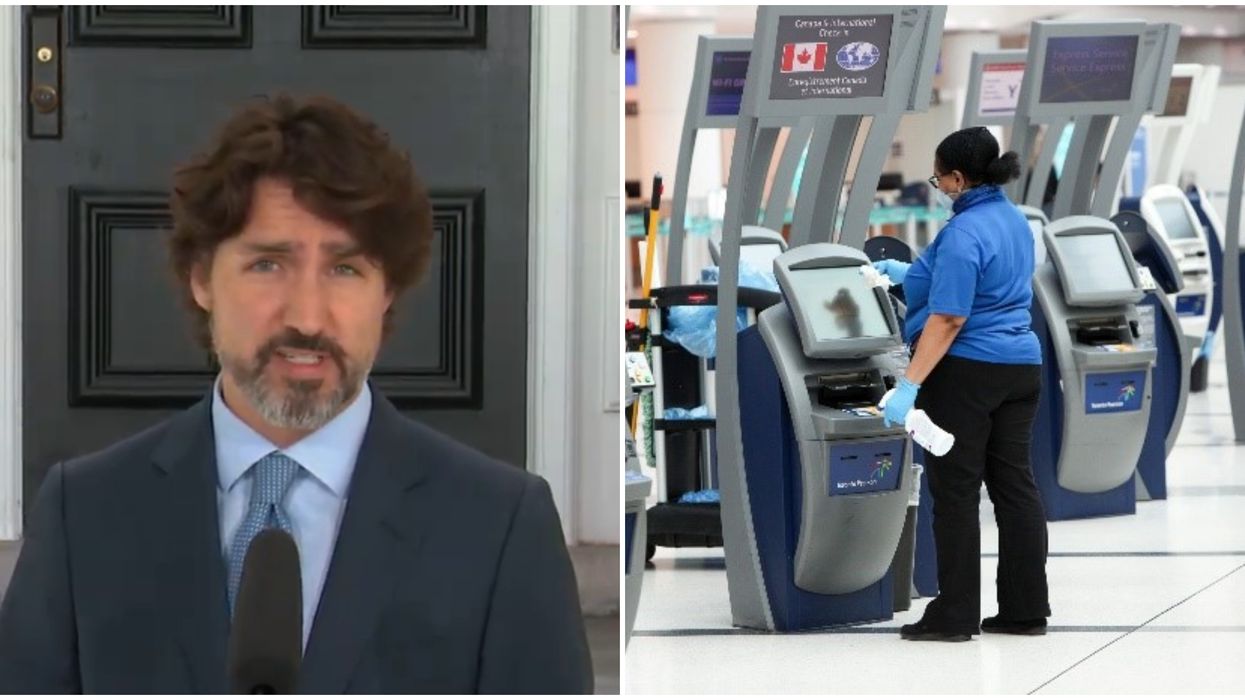 Thermal screenings are on the way. Temperature checks in Canada will be mandatory for all air passengers. If you have a fever, you won't be allowed to board the plane.

Justin Trudeau announced this new travel requirement during a press conference on June 12.

Temperature checks will be introduced in a phased approach, starting at four big airports across the country, because on flights it's not always possible to stay 2 metres apart.

This will apply first to air passengers coming into Canada and then will also include people travelling out of the country.

After that, temperature checks will also be mandated for anybody flying within Canada.

If your temperature is taken and you have a fever, you won't be allowed to board the plane and take your flight.

Trudeau said that this measure "will add yet another layer of protection."

He also mentioned that thermal screening isn't a way to detect COVID-19.

"I absolutely agree, obviously, with the science on that," he said.

However, the checks are a way to show symptoms of the virus.

It also might encourage people who are sick to stay at home as travelling could put others at risk.

Minister of Transport Marc Garneau confirmed during a press conference that these thermal screenings are for all air passengers, regardless of their point of origin.

Temperature screening stations will be set up in the departure sections of Canada's four largest airports that are currently accepting international travellers by the end of July.

After that, stations will also be placed in the departure sections of the next 11 busiest airports in the country by the end of September.

Two checks will be done two minutes apart to make sure that a person's temperature really is high.

Garneau said that somebody could be running to catch their flight which might account for an elevated first reading.

Anybody who has a fever confirmed by a second temperature check will have to rebook their flight after 14 days.

Fevers are generally considered to be a body temperature of 38 C or higher.

Airport and aviation workers will have their temperatures checked as well before they enter the restricted areas of airports.