It's for today only! 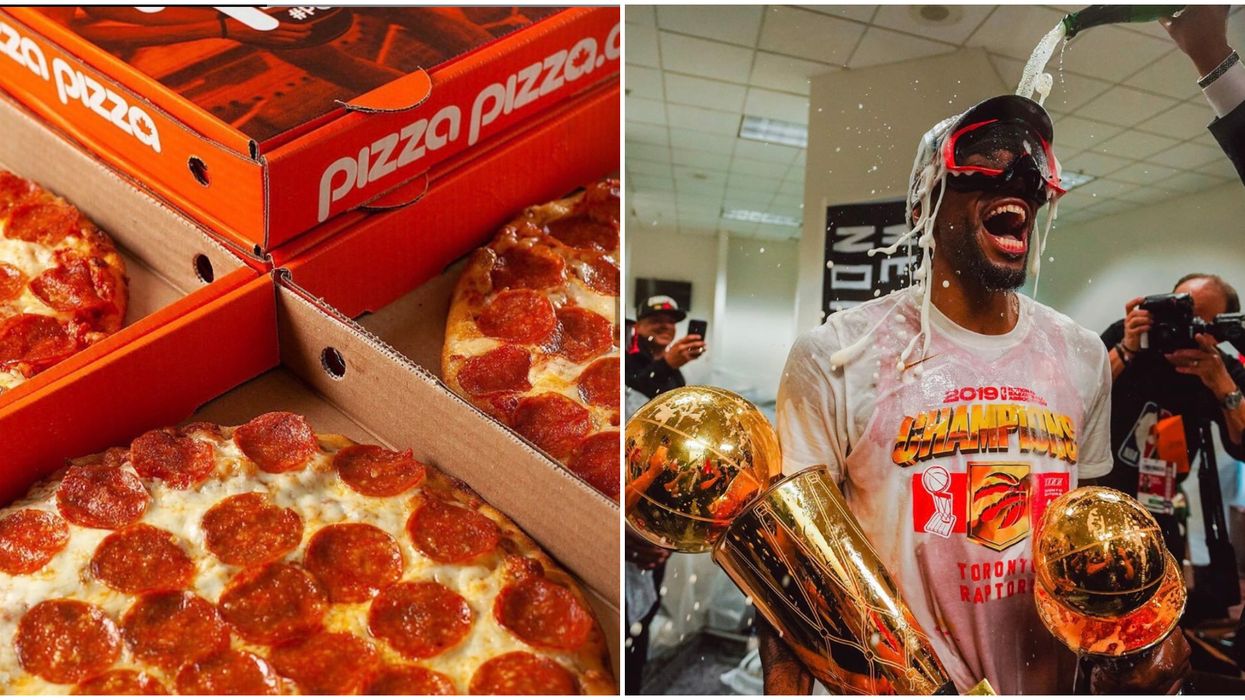 One year ago today, the Toronto Raptors won Canada's first-ever NBA championship. Why not grab some celebratory grub? A Pizza Pizza deal for today only lets you get half off your pies.

If you order online or through the company app, you can put in the promo code "raptors" to get 50% off of any regular-priced pizza.

That means you can grab any of your favourites like the buffalo chicken, chipotle steak, or bacon double cheeseburger for half the price.

If you're not inclined to eat meat, you can also get this same championship deal on vegetarian pies like the pesto amore, Greek, or tandoori veggie.

This deal is only available for June 13, so if you don't feel like cooking, it might be the perfect night to order pizza and just hang out, reminiscing about the night the Raps took down the Golden State Warriors.

This deal has a limit of three pizzas, and unfortunately for people with dietary restrictions, gluten-free, keto, and cauliflower crust pies aren't included.

You also can't cheat the system by ordering three party-sized pizzas, as much as you might want to.

With the money you save on pies, you could get some of your favourite add-ons like wings, cheesy bread, or funnel cake stix.

Pizza Pizza also offers contactless delivery and even introduced a tamper-proof pizza box so you can feel safe ordering in.

The company has previously run deals based on the team's success, such as giving out free slices whenever the Raptors scored 100 points in a game.

If you're feeling hungry for pizza, and maybe want to chat with some friends over Zoom about how that night in 2019 made you feel, today is the day to do it.