They're also known as "spirit moose." 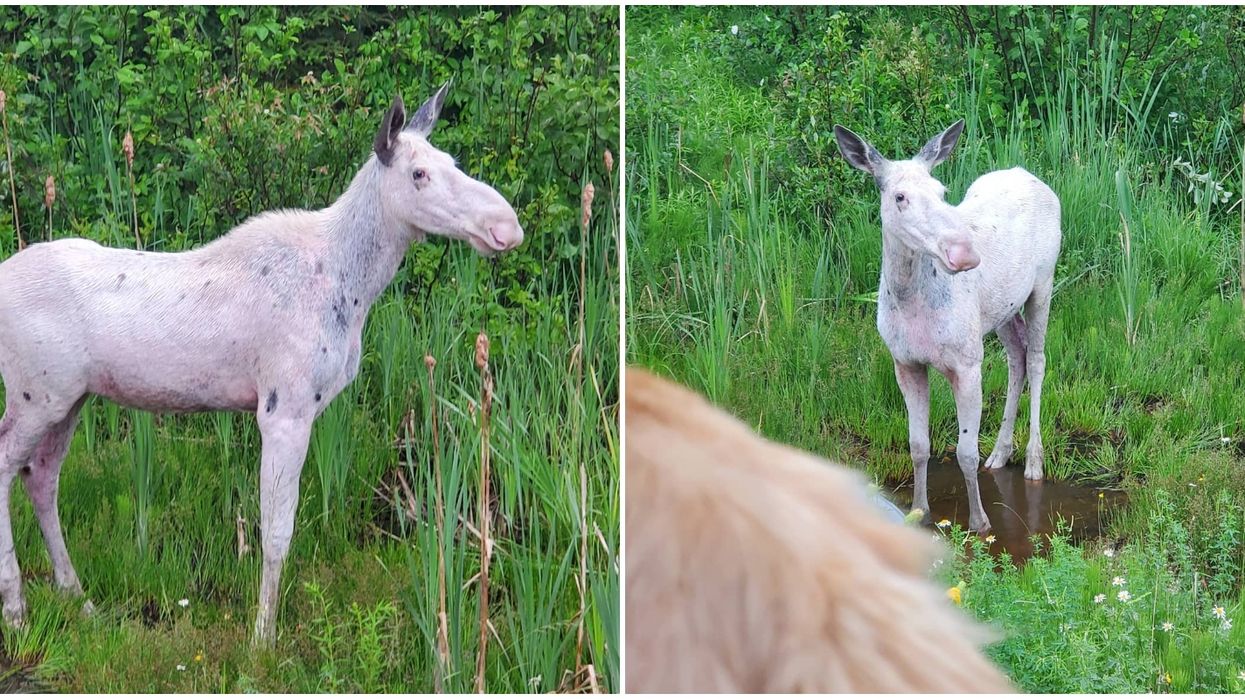 There are some sights in Canada that you just have to see to believe. Many of them are something that you might only ever witness once in a lifetime. That includes the rare white moose, one of which was spotted recently.

In a July 12 Facebook post, Ontario resident Whitney Jardine shared photos and a video of what is sometimes known as a "spirit moose" that she spotted near the town of Foleyet.

"I saw a rare white moose for the first time!!! Just outside of Foleyet, ON," Jardine wrote, "Many years spent driving the Chapleau-Timmins highway every weekend for swimming practices when I was young, knew it was around... I never saw one till now!"

According to a 2018 article from Northern Ontario Travel, these types of moose were becoming more frequent in the area where Jardine managed to spot this one.

It notes that these animals are not a different species, and they are also not considered to be albinos because they do not have red eyes.

Instead, they are the result of a genetic mutation caused by the Armstrong White Gene Strain.

With these types of moose being so rare, it is actually illegal to hunt them in Ontario.

Canadians have been known to get very excited about spotting rare animals, especially ones with a unique colour.

Recently, a pink whale was spotted off the coast of Newfoundland. The woman who captured the animal on video didn't think anyone would believe her if she hadn't taken footage of it.

Newfoundlanders can even get excited over whales with no special characteristics at all, such as the kayaker who got up close and personal with a beluga whale and could barely contain her excitement.

All of these experiences just prove that Canada has some amazing wildlife on offer, you just have to know where to find it.