So many different animals! 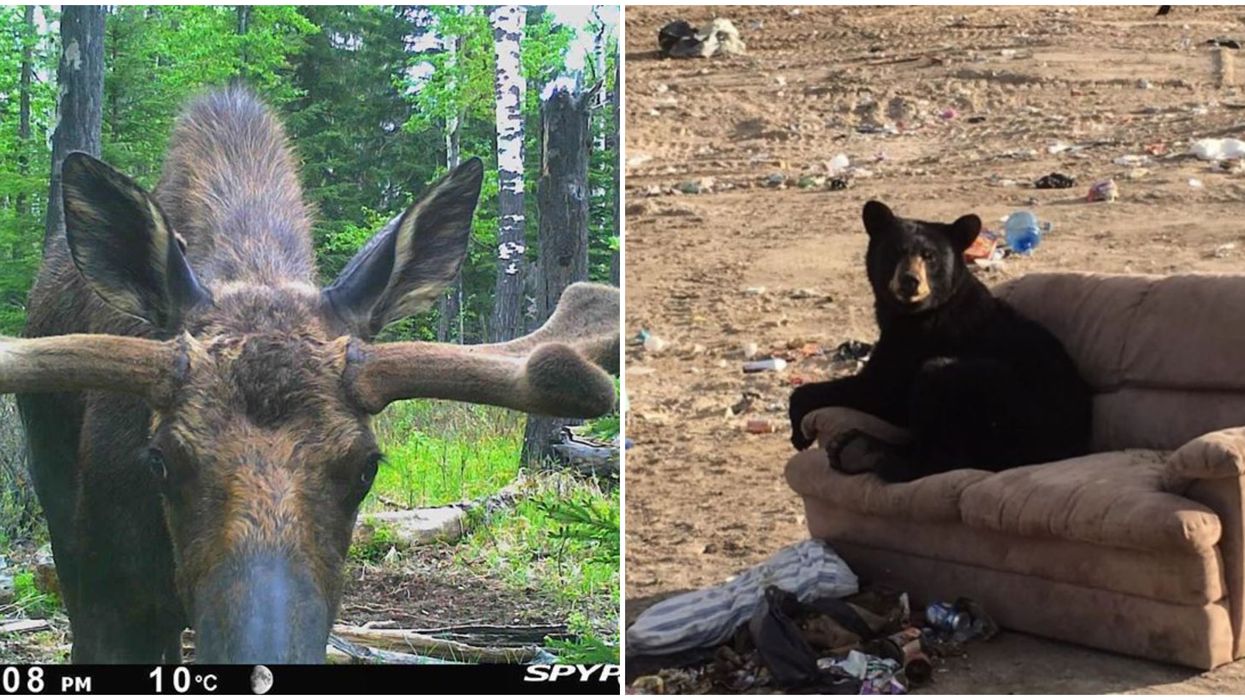 Some of the animals in the images have been caught in the middle of some serious mischief.

In early January, one of the cameras managed to record a majestic golden eagle landing on a ridge with a big old deer leg swinging between its claws.

Another recent capture showed a bunch of cow elk eyeing something suspicious in unison.

If you were wondering what it looks like when two cougars begin to chase each other, look no further. The Thankful Outdoorsman's got you covered with one of his recent posts.

His accounts will keep you up-to-date with what the wildest animals are doing when the humans are far away.

The most recent snaps in his account include glorious families of moose, a hawk in mid-flight, and a doe running away from the photographer.

In late June, you can even see how close a moose came to one of the cameras. Does it know they're Twitter sensations?

"I currently have 12 trail cameras in the bush and I check them once every 3 to 4 weeks," he told us.

He said that each camera records between 5,000 to 10,000 photos per week. The numbers vary depending on the time of the year.

So that leaves him with a massive assortment of photos to look through each time.

"It can be like Christmas every time you walk up and pull the camera card. You just don’t know what’s on there," said the outdoorsman.

The outdoorsman said that his account is all about sharing the outdoors and the animals that reside within — it's something a lot of people have a deep connection to.

"The great thing about trail cameras is you get to see wildlife doing what they do when people are not around. You get to see them raise their young and behave in ways that is otherwise almost impossible," the outdoor enthusiast told us.

We all know that Alberta is absolutely overflowing with legendary wildlife, but this man has dedicated his time to sharing the most in-depth, up-close photos with the world. A noble endeavour indeed.