Cheryl Blossom is clapping back! 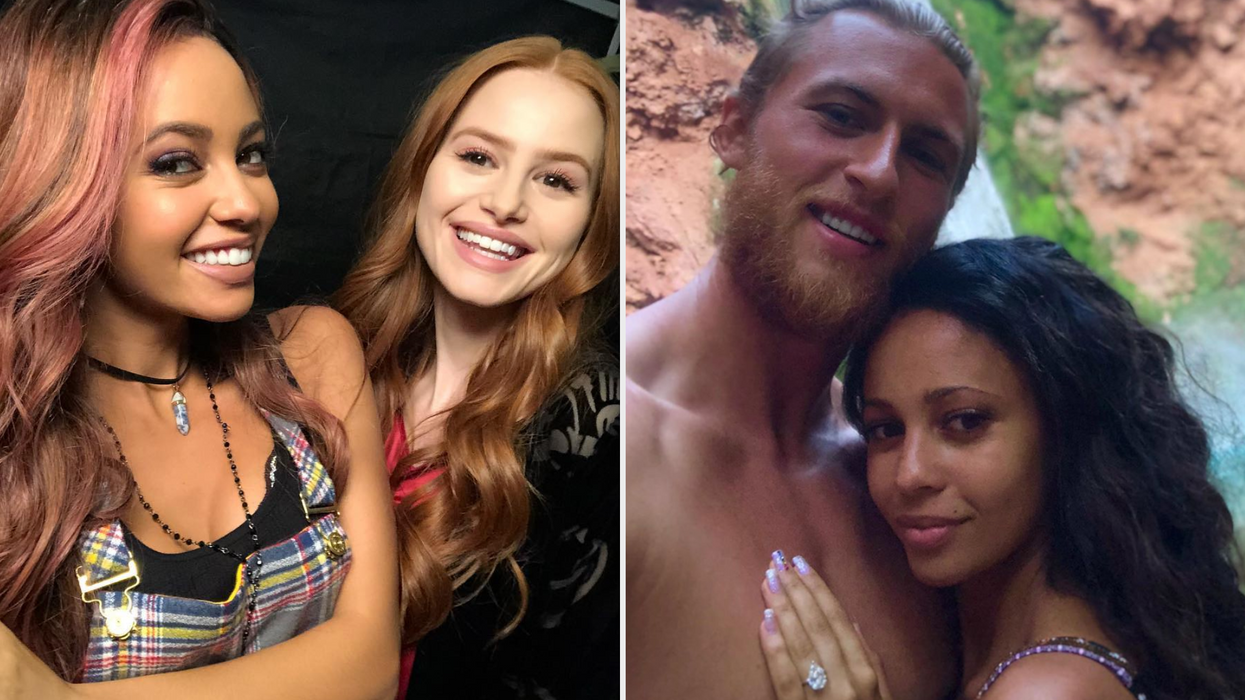 She's got her back! It seems Riverdale's Madelaine Petsch and Vanessa Morgan are BFFs both on and off-screen as the face behind Cheryl Blossom recently defended her friend against an internet troll. Her comment comes after news that the Canadian actress is going through both a pregnancy and divorce.

Morgan announced earlier this week that she's expecting a baby boy to arrive in January, though made no mention of husband Michael Kopech in the caption or videos.

Shortly after, Chicago Tribune reported that the baseball pitcher actually filed for divorce in June, though PEOPLE did confirm that he's the father of the baby.

The couple tied the knot earlier this year in a lavish Florida wedding with Petsh serving as a bridesmaid for her Riverdale co-star.

Now it seems like trolls are having a heydey in the comments as they slam Morgan for her husband suspiciously filing for divorce just weeks after they found out she was pregnant.

One user commented on the 28-year-old's gender reveal post. They wrote, "Don’t disrespect our pitcher like that", addressing Kopech's role as pitcher for the Chicago White Sox.

Petsch quickly clapped back writing, "honestly if I see one more comment like this I’ll lose it. Vanessa is a beautiful mother to be and the hate and disrespect I’m seeing on this post about her bringing a new life into this world is disgusting."

In the gender reveal post, Morgan shared that she is "very much looking forward to giving this little guy some room to grow up outside of the public eye, until he tells me otherwise".

Morgan and Petsch have shared the screen on the CW series since 2017, with the Ottawa born star joining the cast in chapter 16, per IMDb.

She began a relationship with Kopech in the summer of 2018 after they met on social media when Morgan followed him on Instagram and Twitter.

After a year of sizzling romance, the 24-year-old popped the question while hanging out at Mooney Falls in Arizona for the Fourth of July.

They married in January 2020 and the divorce files submitted on June 19 indicates five months of marriage before their separation.