Kerry Washington got the starring role in 2012! 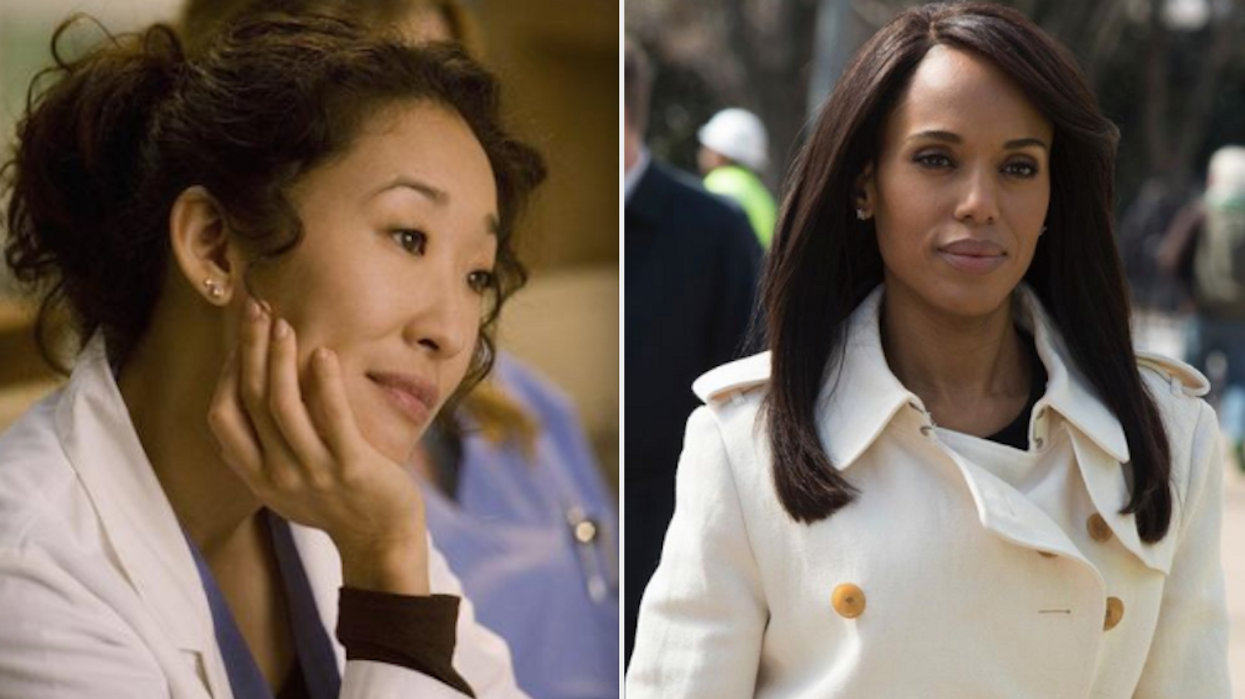 Drama on set! Sandra Oh revealed that she was originally interested in playing Olivia Pope on Scandal but creator Shonda Rhimes wanted her to stay devoted to her Grey's Anatomy character. The Canadian delved into the details during a recent virtual interview with Kerry Washington who ended up playing the beloved star in the drama.

Oh and Washington sat down to video chat for Variety's Actors on Actors issue.

During their one hour and eight-minute-long chat, the two actresses dived into their experiences on and off-screen.

Oh dished about her current role as Eve Polastri on Killing Eve, which came four years after leaving her role as Cristina Yang on Grey's Anatomy.

However, while she was still on the medical drama, the Nepean-born star had her interest peaked in Rhimes' political thriller series, Scandal.

"I’ve got to tell you, I remember exactly where I was when I read that damn pilot," Oh told Washington.

"I was on Grey’s. We were on stage five," the 48-year-old continued. "Someone snuck it to me, I don’t know who it was, but I got my hands on that pilot and I read it and I was just like, 'How could I play Olivia Pope?'"

Oh added, "I remember going to Shonda, and it’s like, 'How could I do this? What is this script? Could I do this too?' She goes, 'No, you’ve got to play Cristina Yang!'"

The role ended up going to Washington who played Olivia Pope for seven seasons from 2012 to 2018.

She claimed that she was "very protective" of her character and "so devoted to her."

Washington added, "I have to say, I was inspired by performances like yours. You showed me the kind of honesty and depth that was possible."

"And it did mean sometimes that I would go to the writers and ask for changes, but I think I learned also how to try to be a real partner. I wanted to be a partner with Shonda, so I learned to lead with the good stuff," she concluded.

Oh's British comedy-drama Killing Eve is currently in its third season which you can stream on Crave and the CTV Drama Channel.