The 6ix is honouring a legend. 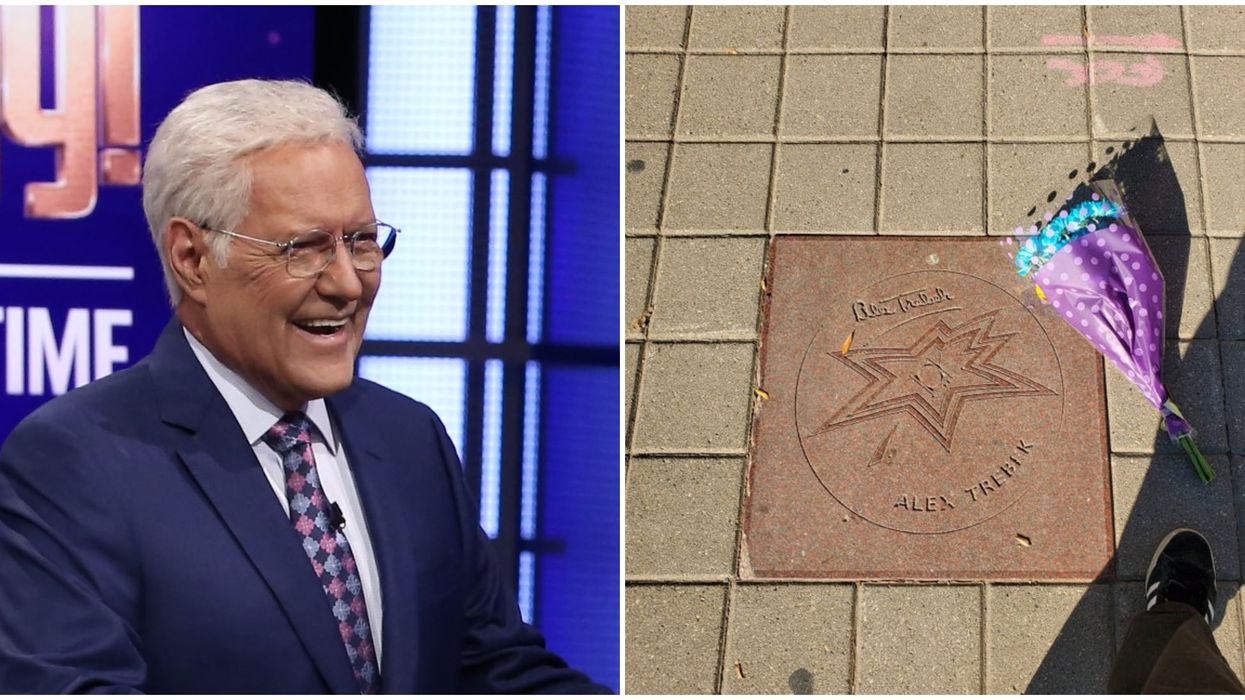 Canada has lost another legend. Alex Trebek, the beloved game show host of Jeopardy!, passed away on Sunday after a long battle with cancer.

Trebek who celebrated his 80th birthday over the summer, was diagnosed with stage four pancreatic cancer in March of 2019.

Torontonians were quick to pay tribute to the icon, setting up a candlelight vigil on Canada's Walk Of Fame.

Editor's Choice: Canada Post Is Hiring In Ontario For The Holidays & You Can Make $21/hr With No Experience

Photos of the vigil show flowers, frames and candles scattered across the famous host's star.

Prime Minister Justin Trudeau also took to Twitter on Sunday night to mourn the loss of the game show host.

"We have lost an icon. Almost every night for more than three decades, Alex Trebek entertained and educated millions around the world, instilling in so many of us a love for trivia." Trudeau tweeted.

"My deepest condolences to his family, friends, and all who are mourning this tremendous loss," he added.

Trebek passed away in his Los Angeles home after an 18 month battle against the disease.

The Ontario native first began hosting the popular game show back in 1984.