They are taking over the province. 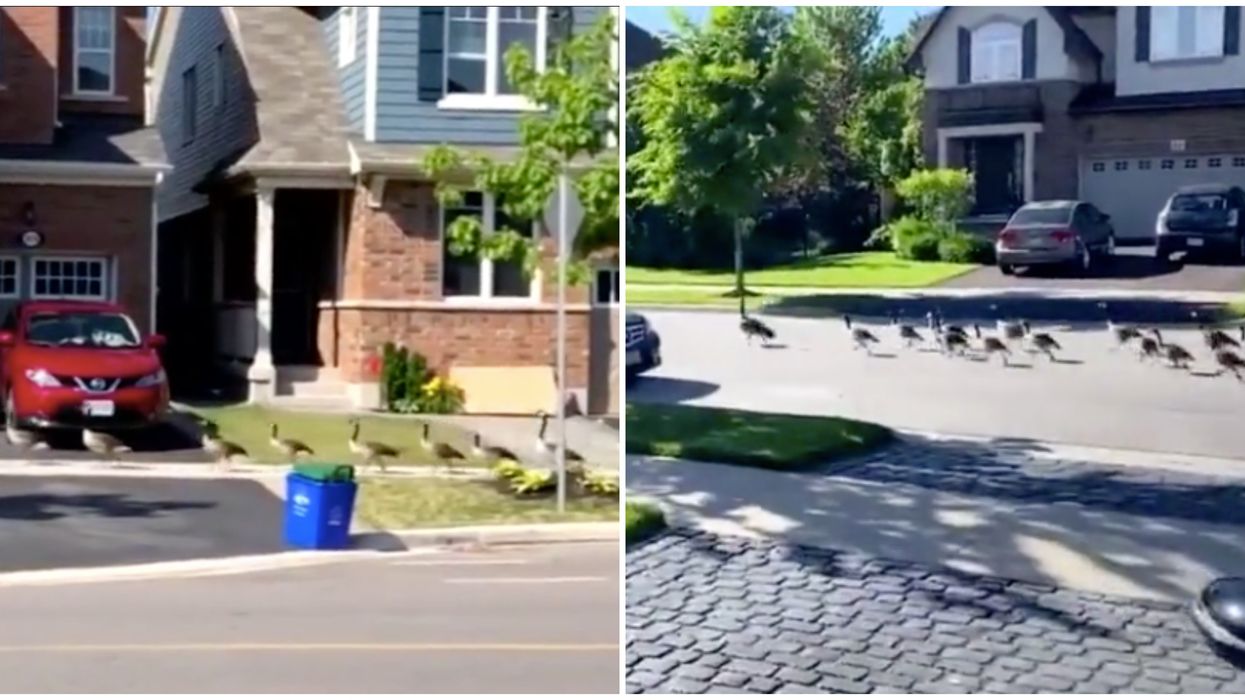 Next time you head outside, be prepared to spot one of these birds. Canada geese in Ontario have been seen unapologetically parading across the province this summer. Gaggles of the creatures have been spotted taking over street corners and blocking traffic.

The empty streets and decreased amount of people have resulted in multiple species roaming through the usually busy city centers.

Although having an interaction with a goose is nothing new for any resident of the area, these clips show them completely taking over human spaces.


In one of the videos, a family of geese, with two parents and five goslings, can be seen taking their sweet time walking right in the middle of the streetcar tracks of the TTC.

"If you've ever wondered why there are train delays on the #TTC, this may explain it," says the caption.

The Weather Network also tweeted some adorable footage of more than a dozen geese hilariously getting their exercise in Ancaster, Ontario.

The image of the gaggle running as fast as they can toward nothing is the jogging motivation we all need right now.

While we have no idea where these geese are running to, it's a hilarious sight.

Similar footage from Milton, Ontario was also submitted to TWN, showing another packed parade of geese passing through a neighbourhood street.

However, this time the group showed some manners, using the sidewalk during their journey.

Last week, a group of the birds made headlines after a never-ending line of them travelled across the road in Ottawa.

While geese are often known for their vicious tendencies, they aren't the only ones taking over the province.

A notable red-winged blackbird in Toronto keeps ambushing people that walk past its nest.

It even has it's own TikTok after the attacks keep getting caught on camera.