They also have very different opinions on opting out of class. 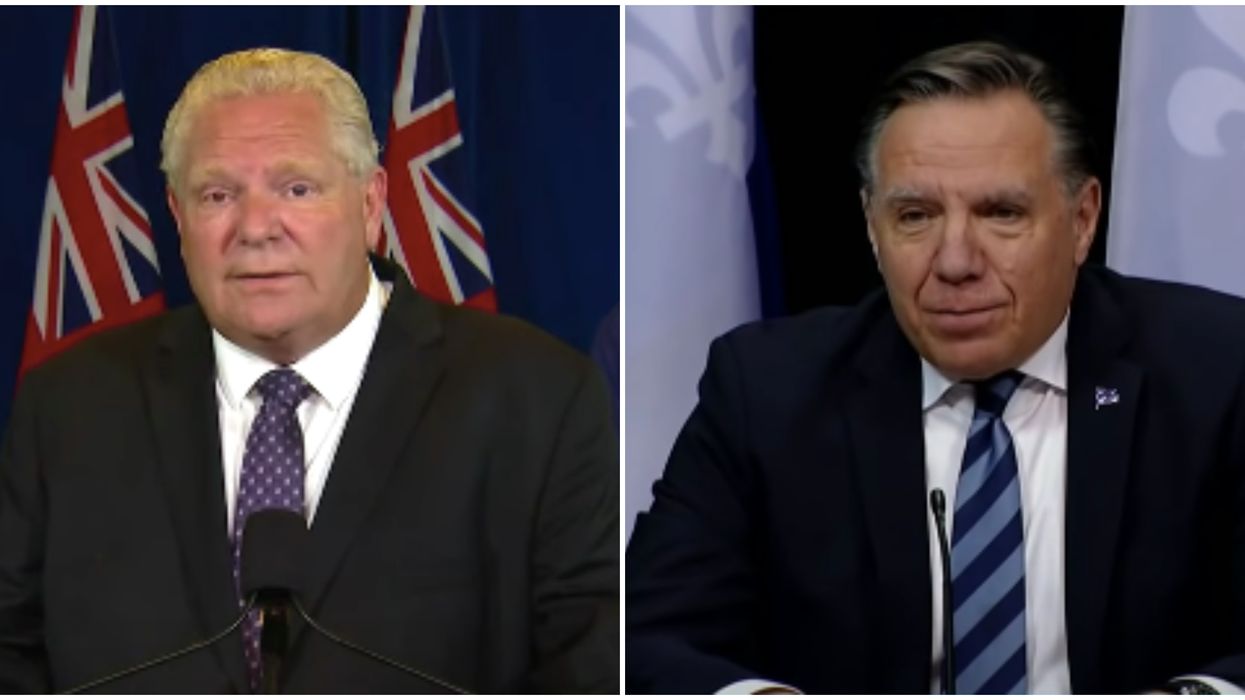 It seems that Ontario and Quebec don't agree when it comes to masks for kids. The Ontario back-to-school plan differs from its neigbhbour province in its advice on whether and when youngsters should wear masks. Quebec has mandated kids wear them in the hallways but not in the classrooms, while for Ontario, it's the other way around.

An announcement on face coverings in schools was made on Monday, August 10 by Quebec’s education minister, Jean-François Roberge.

Editor's Choice: Ford Says It's 'Not Realistic' To Expect No COVID-19 Cases From Schools Reopening

There, it was confirmed that a rule that Quebec students will have to wear masks in hallways will apply to all children over the age of five. So that will leave very few kids exempt.

However, that mandate will not apply in actual classrooms.

Ontario, on the other hand, has mandated that kids and teachers must wear masks in classrooms, but not in hallways.

It sounds like the two provinces didn’t check in with each other when drafting these plans up, as they directly contradict one another.

There hasn’t been any solid explanation provided on why hallways would be considered safer than classrooms in Quebec, rather than the other way around, as in Ontario.

Roberge had previously touted the idea of bubbles of six kids, but now are saying the class sizes will not be reduced and entire classes will be considered “bubbles.”

The other main difference in Quebec’s back-to-school plan is that it will not offer opt-outs for students or parents who’d rather enrol online, unless in health-related instances.

University of Manitoba virologist Dr. Jason Kindrachuk told the CBC that while children may not become infected as frequently as adults, they can still be considered a carrier.

He says that there isn't enough information on what this means for transmission.

Quebec's announcement comes after stern opposition to Ontario's own school return plans from parents, students, and teachers alike. One Toronto District School Board worker even created a petition to have them amended.

The petition has reached around 200,000 signatures as of the time of writing on Monday.

And just today, Premier Ford told Ontarians that they realistically have to accept that going back to school will mean an uptick in COVID-19 cases.

In just over a month, schools across Ontario will be back in session.