Marc Gasol has a whole new look too. 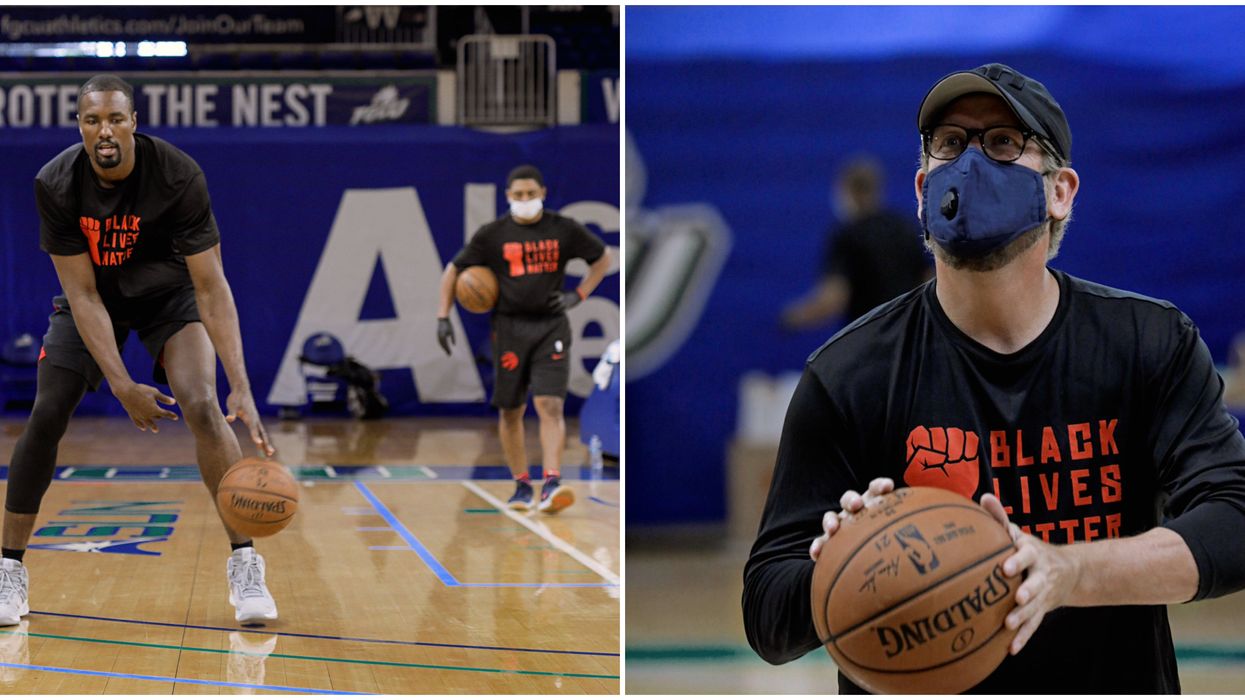 It's almost time for basketball to restart! The team is getting ready to play again. The Toronto Raptors are back on the court and they're wearing face masks and Black Lives Matter shirts as they train.

If you've been patiently waiting for the return of the NBA, it's almost here.

To satisfy your basketball craving, the Raptors posted on social media about training getting underway as the restart of the season gets closer.

The series of photos show players like Marc Gasol who's coming out of isolation with a whole new body, Serge Ibaka, Chris Boucher, Pascal Siakam and more on the court for practice, dribbling and lining up shots.

There's even one of Nick Nurse getting ready to shoot the ball into the basket while he's got a face mask on.

In the background of one of the photos, you can also see someone with the Raptors organization wearing a mask on the court too.

Everyone in these snaps is wearing Black Lives Matter t-shirts.

People were replying and commenting about how much they love the photos, the shirts and the new basketball content.

Another person commented on Instagram and said, "we going back to back."

With the rest of the NBA season being played in Florida, a hotspot for COVID-19 recently, there is some concern.

He believes that he and the team are going to be safe because they're following the league's virus protocols.

"Hopefully we get the season back and it goes as smoothly as possible," he said.

The Raptors season will restart on August 1 with a game against the Los Angeles Lakers.

All of the games will be played at the ESPN Wide World of Sports Complex at Disney World with no fans in attendance.

While the Raptors are in the U.S. getting ready to play, the Blue Jays got approval to come back to Toronto from Florida and hold training at the Rogers Centre.