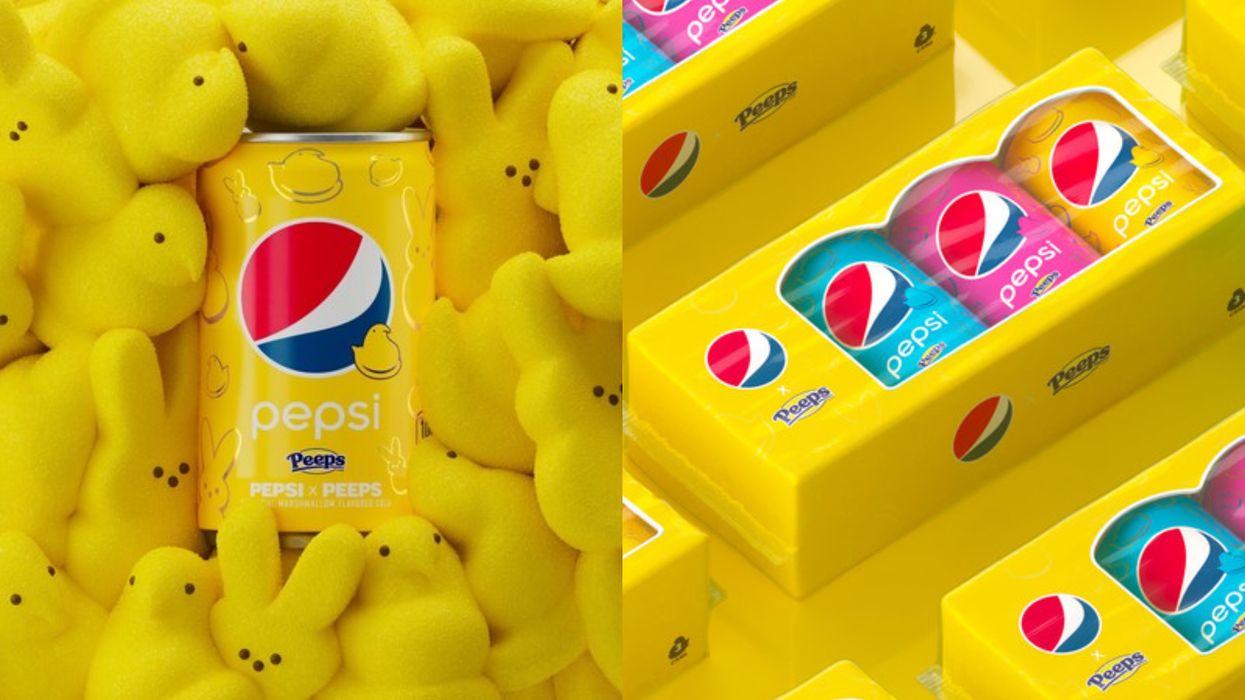 Whether you love them or not, Peeps are a staple when it comes to kicking off the Spring season in the United States.

To help celebrate the season, Pepsi is doing a collaboration with the marshmallow brand to bring the world a limited-edition Peeps flavored soda, and the cans come in three bright color schemes.

"We know our consumers love our limited product drops, and we believe that PEPSI x PEEPS® will deliver an iconic and delicious pairing that has the potential to become a fan favorite," said Pepsi Marketing Vice President Todd Kaplan.

Unfortunately for Pepsi and Peeps lovers, the soda will not be sold in shops across the country but instead given away as a limited-edition three-pack through the #HangingWithMyPEEPS national sweepstakes starting today.

In order to enter, you simply take a picture of yourself enjoying the Spring while eating a Peep and post it to Twitter and/or Instagram with #HangingWithMyPEEPS and #PepsiSweepstakes.

Eat and Drink United States of America
Discover Narcity
Get the latest and greatest stories every day in your inbox.

You probably won't even be able to get it 🥧
Pepsi | Instagram Kathy Burns | Dreamstime.com

Pepsi has been known to come out with new flavors every so often but this one is sure to catch your curiosity.

In celebration of the holidays, the soda company is putting out an extremely limited apple pie flavored Pepsi, which will celebrate those who don't exactly have a strong presence in the kitchen.

The bottles will only be given to winners of the #PepsiApplePieChallenge, which asks soda drinkers to post pics of their baking fails on social media in order to enter the contest.

Kendall Jenner Opens Up & Sobs Over Her Controversial Pepsi Ad

Spoiler: there was lots of crying.
kardashianpolice

No one was pleased with the absolute tone-deaf advertising Pepsi debuted last year with Kendall Jenner. After the numerous nation-wide protests for civil rights, The United States did not welcome this incredibly hollow Pepsi ad. The ad featured a young Jenner fleeing a photo shoot and offering a police man a Pepsi to seemingly halt police brutality towards protests. The public lashed out, at both Pepsi and Jenner, until the ad was retracted.