It's rare but not "unheard of." 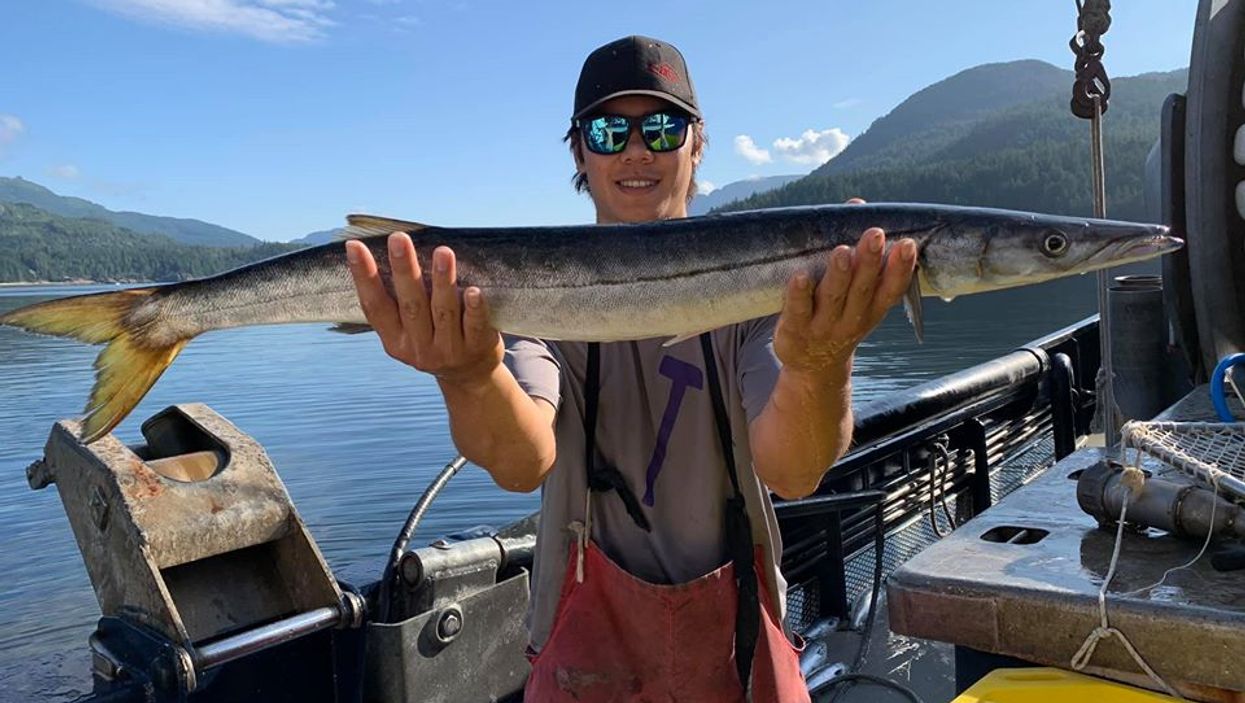 Definitely not your usual fishing expedition. On July 5, father-son duo Brian and Tyler Vogrir were out fishing off the west coast of Vancouver Island when they managed to reel in an actual barracuda. These predatory fish are normally found in tropical waters, making this a super rare B.C. barracuda.

Narcity spoke to Tyler Vogrir, the fisherman in his 20s, who told us how he and his dad came to encounter the barracuda and why it may have found its way up to Vancouver Island.

The Nita Maria, a fishing vessel, had thrown its net into the water. The Vogrirs' were about to bring their catch on board when Brian spotted a fish that did not seem like your regular sockeye salmon.

"We scooped the fish out of our net and we immediately knew that it was a Barracuda because of the giant teeth and long muscular body," said Tyler Vogrig.

He added that the massive predator fish was being chased in the net by seals and had actually gotten nipped on its tail.

"The animal was under stress and docile so we put it in one of our revival tanks to it to destress itself and get water through its gills," he said.

The family decided to speak with Fisheries and Oceans Canada, who advised them that it was okay to release the fish back into the water.

The highlight of this story is that barracudas are not native to these parts of the world.

According to SeaWorld, the fish is found in "all temperate and tropical waters except the eastern Pacific Ocean and the Mediterranean Sea."

Richard Dewey, a science director at Ocean Network Canada, told CTV News, that the temperature changes in the water, as caused by climate change, might be a factor in bringing these tropical fish to the B.C. coast.

Vogrig however doesn't think the catch is "unheard of," though it might be rare.

"In my honest opinion we have warm currents of water that lead up here in the summers and the fish would have to return back south in order to survive the cold fall and winter waters," he told us.

He also said that the first barracuda was caught in British Columbia in 1904, according to what he found at the Royal BC Museum Database.

It may have occurred before but that doesn't make it any less astonishing when a barracuda just randomly rolls into B.C. coastal waters.