"I want me and my generation to have a safe and peaceful future." 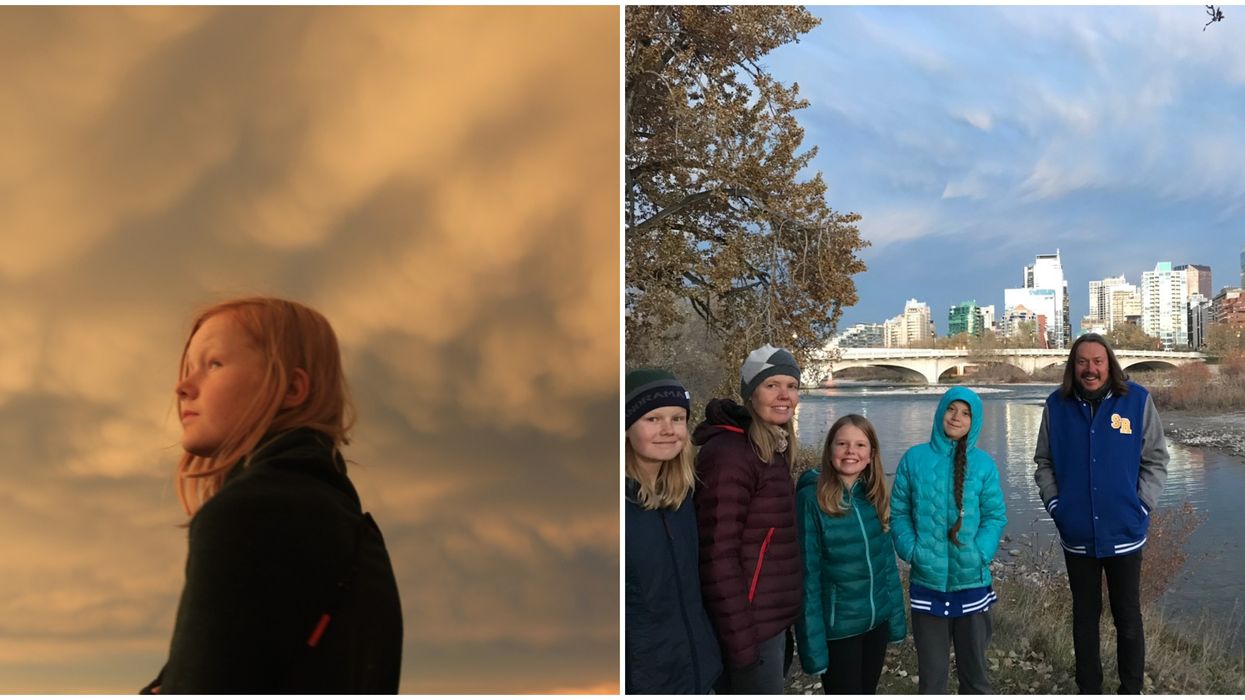 A teenager from Calgary is begging for change.  Sadie Vipond is one of 15 young climate change activists in Canada who are suing the federal government for their alleged role in contributing to climate change. Vipond is the only one of the group from Alberta and she has a clear message for those listening.

Sadie's dad, Joe Vipond, sent Narcity a copy of the lawsuit document. Among many points, the claim alleges that "children and youth are uniquely vulnerable to the impacts of climate change."

The lawsuit document also says that "it is wrong for the Canadian Government to pass on the costs and harms associated with their unrestrained use of fossil fuels to future generations."

Narcity spoke to 14-year-old Vipond, who told us her thoughts about the lawsuit, her vision for the future, and her connections to the notable Greta Thunberg herself.

Why is Sadie suing the Canadian government?

"It's just my future," she told us. "I want me and my generation to have a safe and peaceful future."

When asked why she decided to sue the government, Vipond said, "Since I'm 14 years old, I can't vote. So when I was offered the opportunity to be in the lawsuit, I jumped at the chance because that would be a way to have my political voice out there."

Each young member involved in the lawsuit has a section describing how their life has been affected due to climate change. Vipond's claim states that she and her family had to evacuate due to the 2013 Calgary floods.

On top of that, her claim also adds that the wildfire smoke in Alberta has made it immensely difficult for her to enjoy the outdoors.

"I'm obviously looking for a positive outcome," she said about the lawsuit. At the very least, she's "hoping it will inform the public."

Vipond said that she's asking the government to put in place a science-based climate recovery plan. "Basically, all the laws will go through a filter to make them more eco-friendly."

What is her connection to Greta Thunberg?

Vipond told us that she met Thunberg when her family hosted the Swedish activist during her brief stay in Alberta in 2019.

"It was such an incredible experience. It was really surreal at the time and even now," she told us about the meeting.

"I was met with one of my own personal heroes," said Vipond.

What message does she want to send to Albertans?

Vipond said she wants young Albertans like herself to keep up with what's happening in regard to climate change.

"I just think they should get informed and go to climate strikes. I think those are super cool and interactive," she said.

Vipond told us that while she and her family had expected some negative reactions early on, the overall reaction to her work has been "pretty positive so far."

Joe Vipond told us that his awareness of climate change is always on his mind as he continues to raise Sadie. "It's always been a part of her life because it's been a part of my life since her birth. We try to be honest with her but it's something she's willing to learn about."