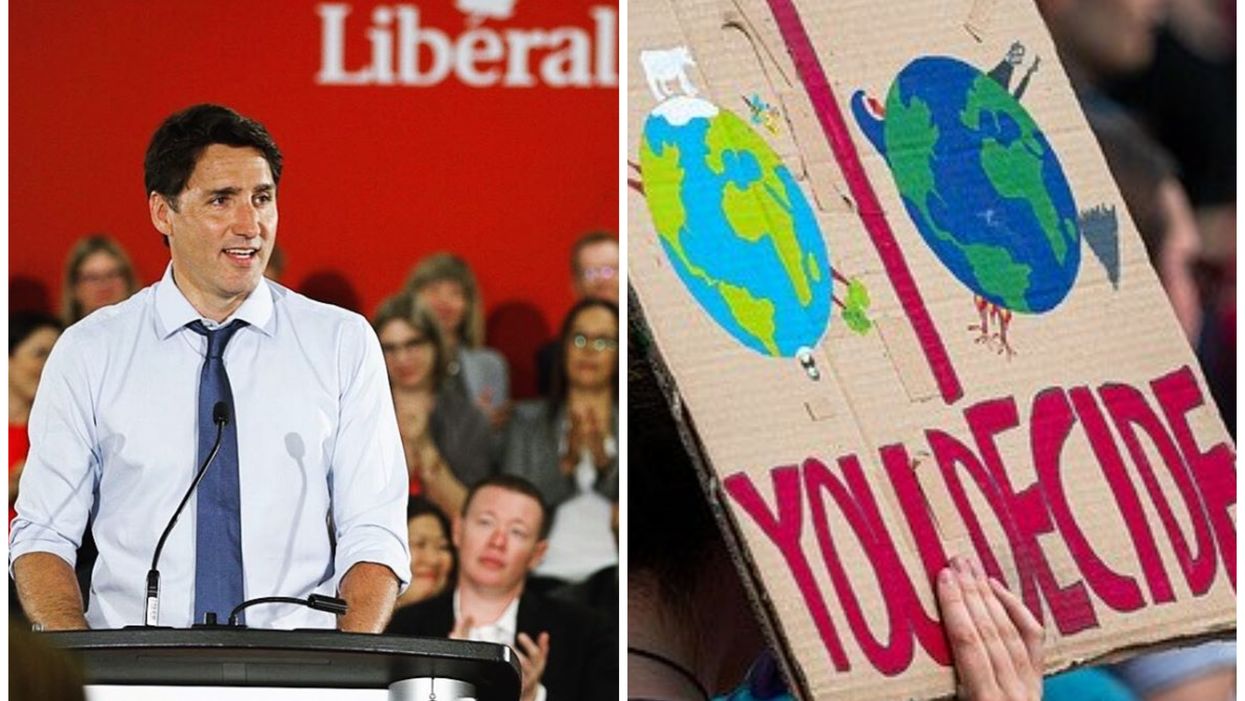 It's a Greta Thunberg throwback. Canadian youth from all corners of the country are taking to the streets today to protest climate change and what they are calling a betrayal by the Trudeau government who "failed" to protect their futures.

The frustration comes on the heel of the Prime Minister's Throne speech in which he promises to make real changes regarding climate action in the country.

Editor's Choice: Trudeau Is Starting To Do Daily Addresses More Often Now That COVID-19 Is Getting Worse

Of the promises, he said the country still plans to meet and potentially exceed Canada's greenhouse gas emissions target for 2030.

The following day, Trudeau talked to the nation in a separate address in alliance with the United Nations.

In that speech, he touched on steering Canada in the right direction in the environmental conversation and said $100 billion dollars would be allocated to fight off climate change.

He also said that later this month the government will reconvene to discuss progress and their next steps.

The Friday protests are in keeping with the global day of climate action that is held on September 25 as well as organized by Fridays For Future.

The day was also inspired by Greta Thunberg, a Swedish environmental activist who gained global recognition for her work in climate change.

We can’t go back to a normal of growing inequality and runaway climate change. Join @TOforFuture on Friday, Septemb… https://t.co/cnkLTJRZqq
— Leadnow (@Leadnow)1600961401.0

The young activist once said the Trudeau government is not doing enough to combat global warming.

In a statement issued Friday, young Canadians said they are ready and willing to challenge the government and let politicians know that youth are not stepping down until they see economic, racial and climate justice.

Although Canada has their hands full combating COVID-19, the pandemic is not occurring in isolation of other crises, they said.

According to them, they are tired of broken promises at the hands of the federal government, including the promise to phase out fossil fuel subsidies, lowering emissions and planting two billion trees.

Now they're taking that message to the streets.

Here are details for protests around the country today: