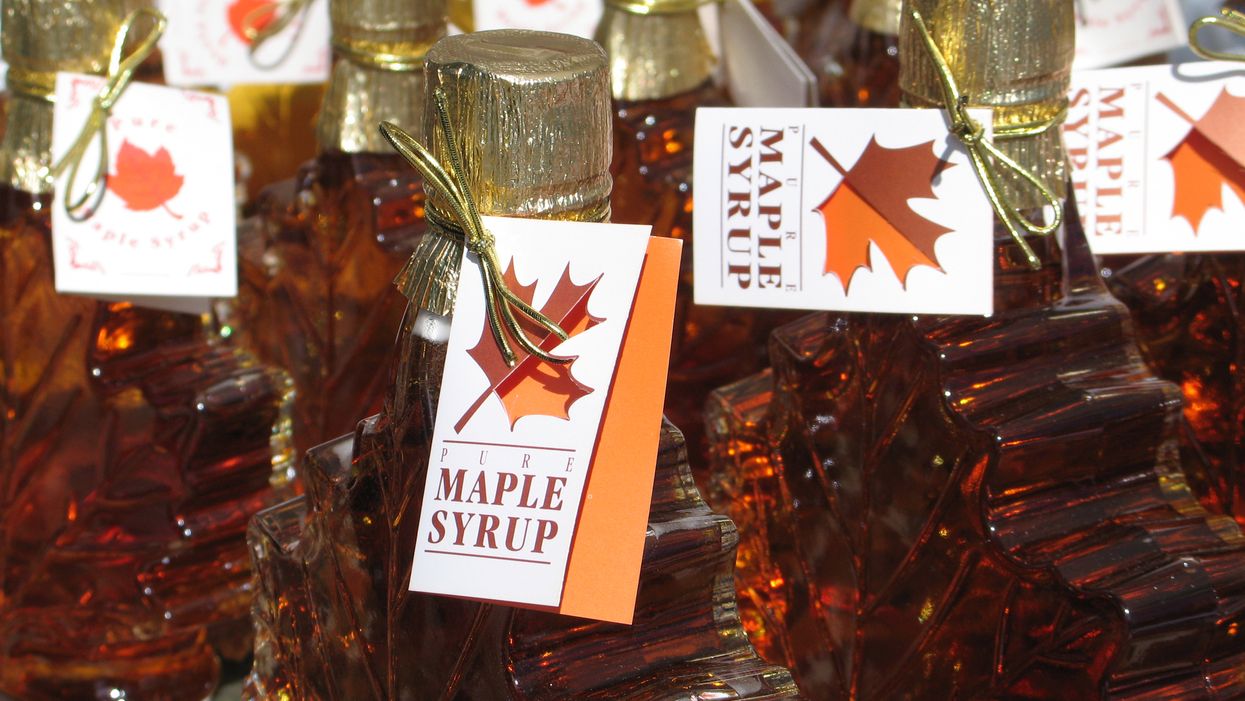 Canada does one thing very well, even in times of crisis: produce delicious maple syrup. This year, Canada's maple syrup production set new records. Better get started on those waffles and pancakes.

According to a June 1 news release from Québec Maple Syrup Producers, this year's haul of the sweet stuff amounted to 175 million pounds, with an average of 3.59 pounds per tap.

While the syrup producers admitted that the current global pandemic had an effect on production, they attribute the overwhelming success of this year's harvest to an additional 2.3 million taps.

The fact that April was such a cold month also helped to increase production. So maybe there was an upside to having such a late spring after all.

"We're delighted at the announcement," Serge Beaulieu, Québec Maple Syrup Producers president said in a statement, "After an uncertain start to the season and a bumpy road along the way, it's very welcome news."

Beaulieu also admitted that this year has been "unusual," and that it will definitely go down in the organization's history.

The organization noted that it had to do a lot of extra work to make sure the spread of the virus was limited during production.

This meant there had to be changes made to the delivery of maple syrup barrels, farm gate sales, equipment cleaning, and travel between regions.

Quebec is not just a major producer of maple syrup, but for the entire globe. Their producers are responsible for an average of 72 percent of the world's maple syrup supply every year.