He doesn't want people to buy it. 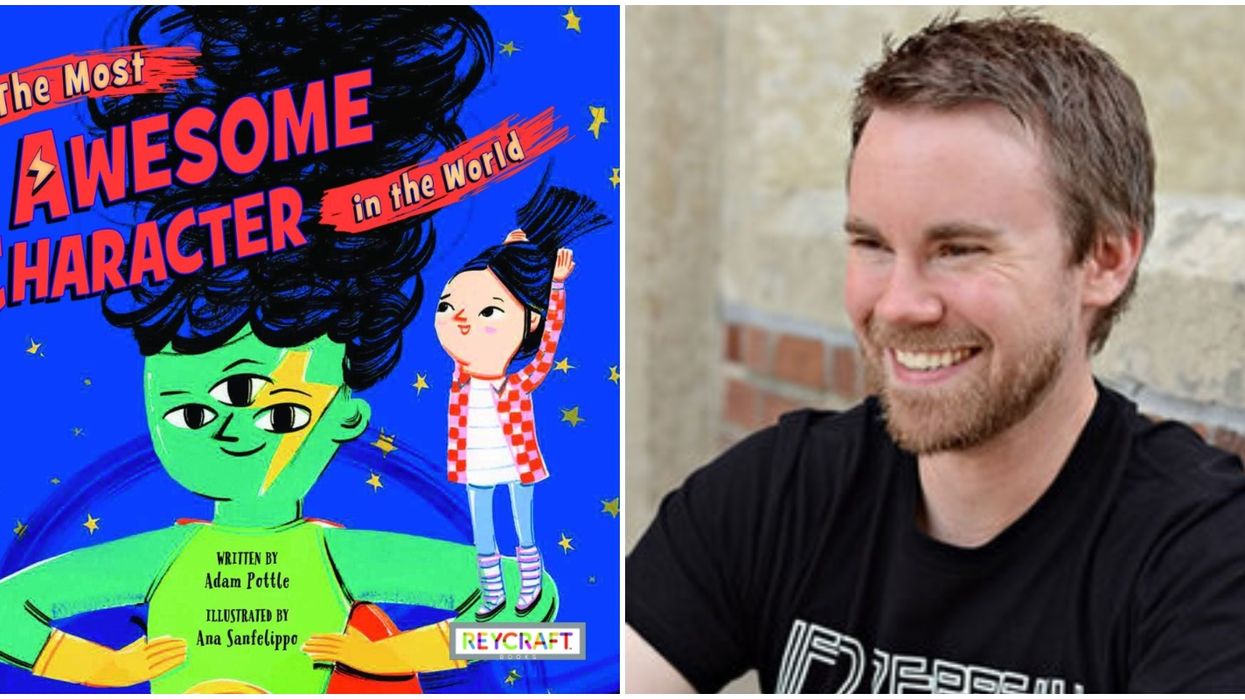 It's hard to believe that any content creator would try to warn people away from their work. However, that's the case with one Canadian author. He's telling people not to buy his latest children's book due to racist illustrations.

Adam Pottle, whose children's book The Most Awesome Character In The World was released in September, had a dispute with the publisher over images in the book, which Pottle said were racist in nature.

Though he had asked the publisher to pull the book, the decision was ultimately made to release it. Now, Pottle says he will not support it and is even asking people not to buy it.

Editor's Choice: Toronto Casting Call Will Pay You $1,600 To Drink Wine With Your Friends

Who is the author?

Adam Pottle was born in Kamloops and now resides in Saskatoon, according to his website. He was born deaf, and he says that this allowed him to develop his imagination and form "a unique relationship with language."

He lists some of his influences as Mordecai Richler, John Steinbeck, and Toni Morrison.

Pottle has written books and plays, with many of them being built around his personal experience being deaf. His latest work is the children's book he has said he won't promote.

Why did he want the book cancelled?

Pottle has expressed his frustration with his publisher on Twitter. It started when he saw the advance copies of The Most Awesome Character In The World.

He said that one of the characters in the illustrations was rendered as an Asian racial stereotype and that he did not feel comfortable with it.

"I questioned my editor about them and consulted a sensitivity reader who generously guided me through the issues," Pottle wrote on Twitter.

He told Huffington Post that he had asked for the publisher to change the illustrations, but they refused to do so.

Pottle said that he could not promote or support the book if the illustrations were not changed.

What is the book about?

The Most Awesome Character In The World tells the story of Philomena, a young girl who wears hearing aids.

After her father gives her a sad book about a deaf girl, Philomena decides that she wants to tell a different kind of story, and sets out to create characters of her own.

The story is based on Pottle's own experiences as a kid. On Twitter, he wrote that he never saw deaf characters in his favourite books.

"THE MOST AWESOME CHARACTER IN THE WORLD is a story close to my heart. It's the type of story I wish I'd had when I was a kid," he tweeted, "If I'd read a story like that when I was younger, maybe I wouldn't have spent as much time questioning myself and wrestling with internalized ableism."

A cryptic tweet from McDonald's Canada about the thing people "have been asking for" launching on August 31 has led to social media users getting creative and taking wild guesses at what the fast-food chain has up its sleeve.

Along with all the unique responses, so many people were tweeting about the McPizza possibly making a comeback that it was actually trending on Twitter.

The 'Monty Python' star says Airbnb gave his rental away.

On Monday, Aug. 2, Cleese took to Twitter to ask the people of Muskoka for their help as he searches for a property to rent in the area while shooting a new film. According to the actor's statement on Twitter, Airbnb gave the house he had intended to stay at to someone else.