But his pictures are worth a thousand words! 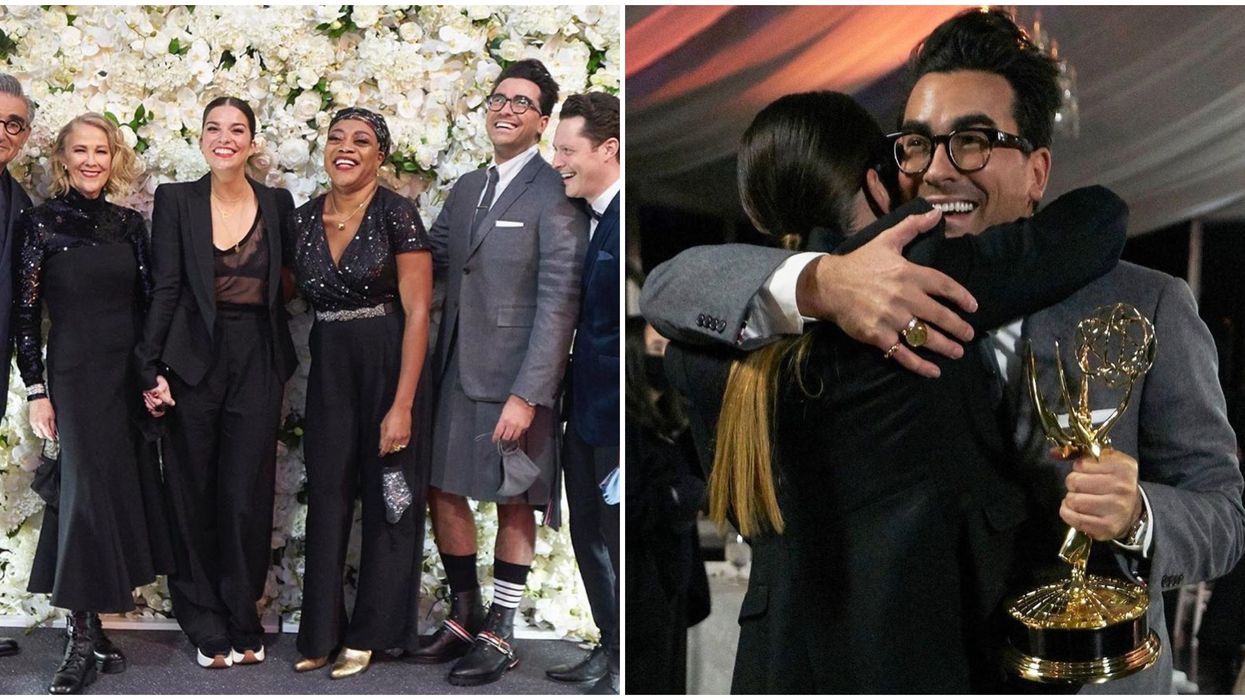 Schitt’s sweep! After taking home four Emmy awards on Sunday night, Schitt’s Creek’s Dan Levy was left speechless. On Monday morning, the actor and writer shared a heartwarming message and a reel of images with his social media followers.

In a few words, the award-winning actor thanked everyone including his fans and castmates in the Instagram caption.

"One day I’ll find the right words. Until then, thank you to everyone who made last night possible. We’ll never forget it. Grateful for it all," he said on Instagram.

In the series of photos, Levy can be seen sporting a smile with his five castmates, posing alongside his father Eugene Levy and hugging his co-star sister Annie Murphy, who all respectively took home awards of their own.

Last night, Schitt’s Creek made history when they won every award in the Comedy section of the Emmys.

Others chimed in on the celebration including Justin Trudeau and Canadian actress, Sandra Oh, who both tweeted their congrats on the heel of the historic win for Canadian television.

“Congratulations to the cast and crew of @SchittsCreek for their historic Emmy's sweep tonight - and for bringing such joy and humour to all our lives these past six years,” Trudeau said on Twitter Sunday night.

Grey’s Anatomy star Sandra Oh also has something to say to the cast.

Not only did the Canadian actor snatch up awards for directing, writing, and playing David Rose in the show, but he isn't afraid to let everyone know.

The actor took to twitter in "un-Canadian" fashion to correct an entertainment agency who mistakenly reported his winnings as three awards instead of four.

“This is very un-Canadian of me but when else will I ever get to say this: You’re missing one,” he said on Twitter.

The ego is definitely warranted as the famous Canadian sitcom collected awards left and right in all seven comedy categories it was up for at the start of the night.

Together, Schitt’s Creek received 19 nominations and rounded up an impressive nine Emmy award win, four of which Levy took home himself.