Nothing better than watching a fall moonrise! 🌙 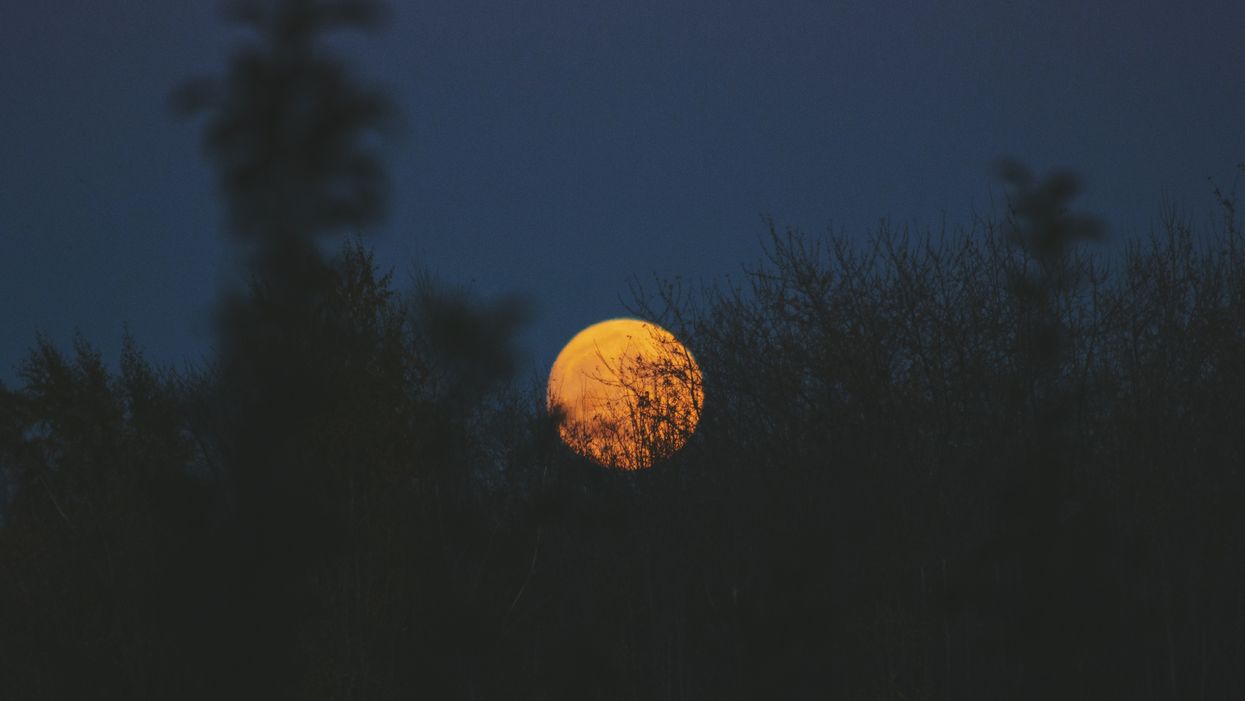 What a pretty way to start off the month! This full moon in October will look like a massive glowing pumpkin when it rises above the horizon. It's also known as a Harvest Moon because of where it falls on the calendar.

On October 1, the month will start off with a stunning full Harvest Moon.

It's going to reach peak fullness at 5:06 p.m. ET but won't actually be visible until the sun goes down where you live.

As it rises above the horizon around sunset, it will look huge and appear to be more orange than usual.

That has nothing to do with the fact that it's happening in fall but is because your eyes are looking at it through thicker atmosphere when it's low in the sky like that.

This pumpkin-like full moon is such a perfect way to kickstart the season and the spookiest month of the year.

For a couple of days around the time it gets full, it rises just about 30 minutes later each night. Usually it goes up an hour later.

That means there is extra light in the evening from Earth's natural satellite which traditionally gave farmers more time to harvest beyond sunset.

So, that's how this moon gets its name.

"Harvest Moon" is also an official astronomy name and not just from folklore like the other ones throughout the year.

It's always the full moon that happens closest to the autumnal equinox and while that usually happens in September, 2020 is different.

Every third year it rises in the sky in October.

This full moon is actually the first of two happening in October.

So keep an eye out for another spooky one that will rise at the end of the month!

Now that we're officially in fall, it's the perfect time to get out and enjoy everything the season has to offer.

You can see the leaves change colour right from the comfort of your car on these scenic routes across Canada.