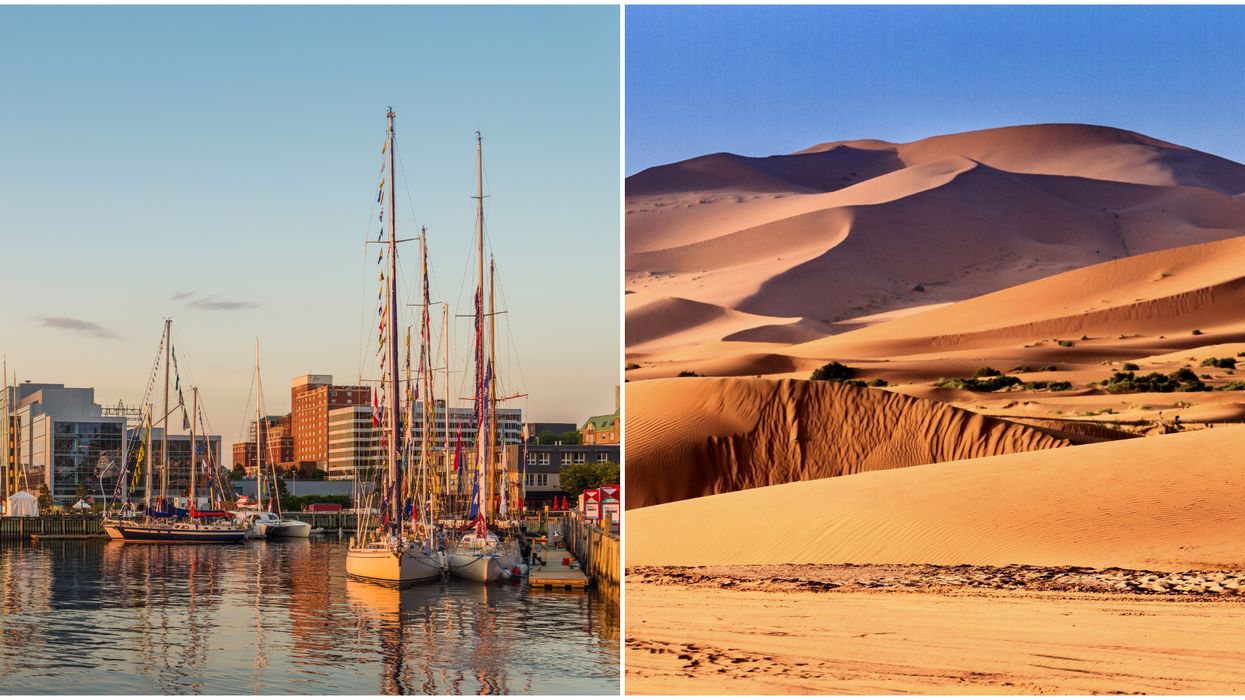 Canada is heading into summer with plenty of sun and warm temperatures already. However, some places stand to get even hotter. Nova Scotia's weather forecast shows it getting hotter than even parts of the Sahara Desert this week.

According to Environment Canada, the majority of the province is in for a pretty major heatwave heading into the weekend.

In Halifax, the temperature today is expected to land anywhere between 30 and 34 degrees (with the humidex potentially pulling them up to 36).

Things will get cooler overnight, with the minimums plummeting down to between 17 and 20.

However, Friday is going to be a scorcher. Temperatures will soar to anywhere between 33 and 35 degrees, with the humidex dragging them upward as far as 39.

That means that the maritime province that is more known for its intense winter weather is going to be experiencing temperatures that feel hotter than some regions in the Sahara Desert.

That includes Bir Gandus, a small village near the western coast. Its Friday temperature, according to AccuWeather, will be a high of 38 degrees.

Halifax will also be hotter than Cairo, Egypt, which is expected to have a high of 34 heading into the weekend.

Other parts of Canada are already seeing dramatically rising temperatures. Ontario itself is going to be dealing with a massive heatwave heading into the official first day of summer.

Even Nunavut had to deal with hotter than normal weather. Although, when compared to the rest of the country, 20 degrees instead of 10 looks pretty comfortable.

Environment Canada advises people to do what they can to mitigate the effects of the heat. This includes staying hydrated and planning events for cooler parts of the day.