The One Where Everybody Finds Out... 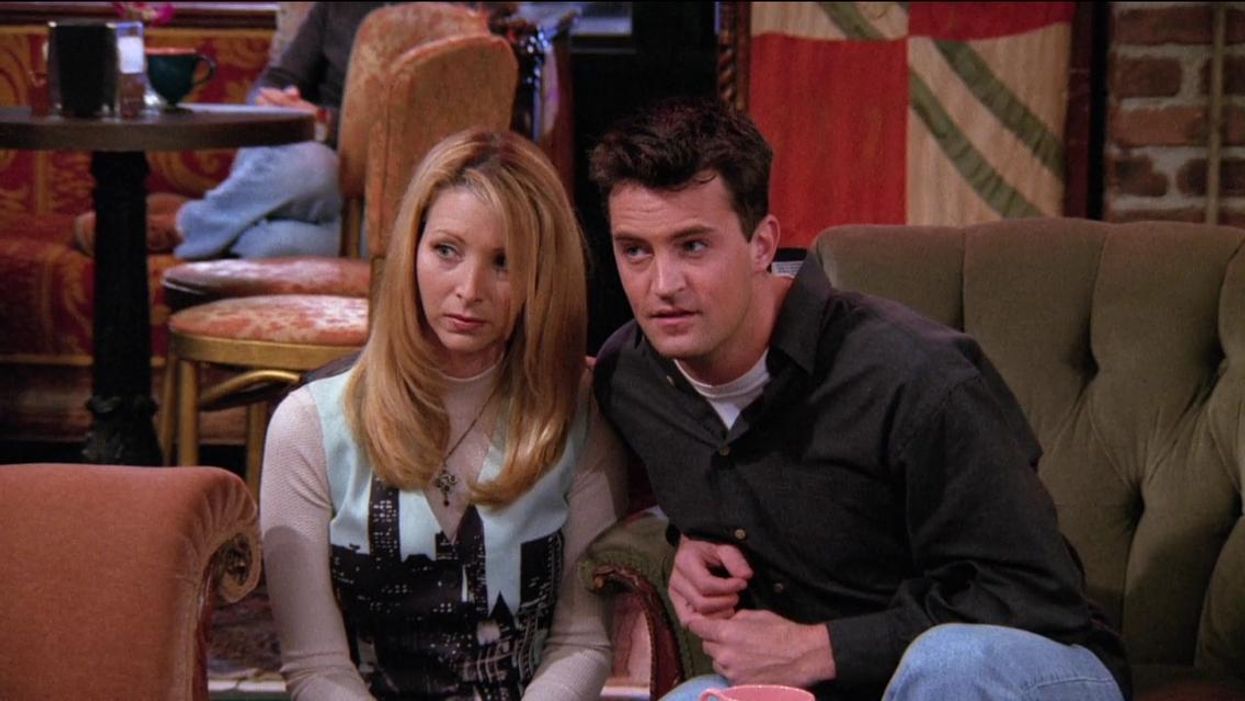 Her eyes! Her eyes! Lisa Kudrow shared that her favourite scene from Friends took some big inspiration from Matthew Perry's character, Chandler Bing. She even said that she asked permission from the Canadian before filming the shot.

Kudrow recently sat down for a video chat with her former co-star, Jennifer Aniston, as part of Variety's Actors on Actors issue.

During the nearly one-hour-long conversation, the two pals talked about their current work and personal lives, but also heartily discussed their ten years on Friends.

Aniston asked Kudrow about her "favourite episodes of the Friendship show" and the actress behind Phoebe Buffay claimed that she actually doesn't watch the sitcom.

"I'm still not watching it in the hopes that one day we sit down and watch them together," Kudrow said.

However, there is one scene that sticks out in her mind, and it's probably one of your favourites too.

Kudrow said that it's the one where Phoebe, Rachel, and Ross are viewing his new apartment for the first time.

"When we’re at Ross’ and we’re seeing Monica and Chandler start undressing each other in front of the window. And then, [I’m like], 'My eyes! My eyes!' That’s how Matthew Perry said things," Kudrow shared.

"I actually asked his permission before we shot it. I was like, 'I don’t know if you’ve seen the rehearsals, but I’m saying ‘My eyes! My eyes!’ the way you do. So I just need to know that that’s OK with you. If not, I’ll say it a different way.' And he was like, 'Yeah, go for it.'"

Aniston added that Perry "required us to ask permission when we borrowed Chandler's cadence."

"This one time I was with Courteney...we stumbled on bloopers online and we sat there at the computer like two nerds watching these bloopers laughing at ourselves."

Last month, Kudrow also talked about her time on the sitcom when she told Jimmy Kimmel that her wrap gift from Perry was a clock shaped cookie jar that hung out in Monica and Rachel's kitchen.

Now, the Friends cast are planning to reunite for a special on HBO Max. Co-creator Marta Kauffman told ET Online that the anticipated new date after being postponed is in mid-to-late August.