The similarities are incredible! 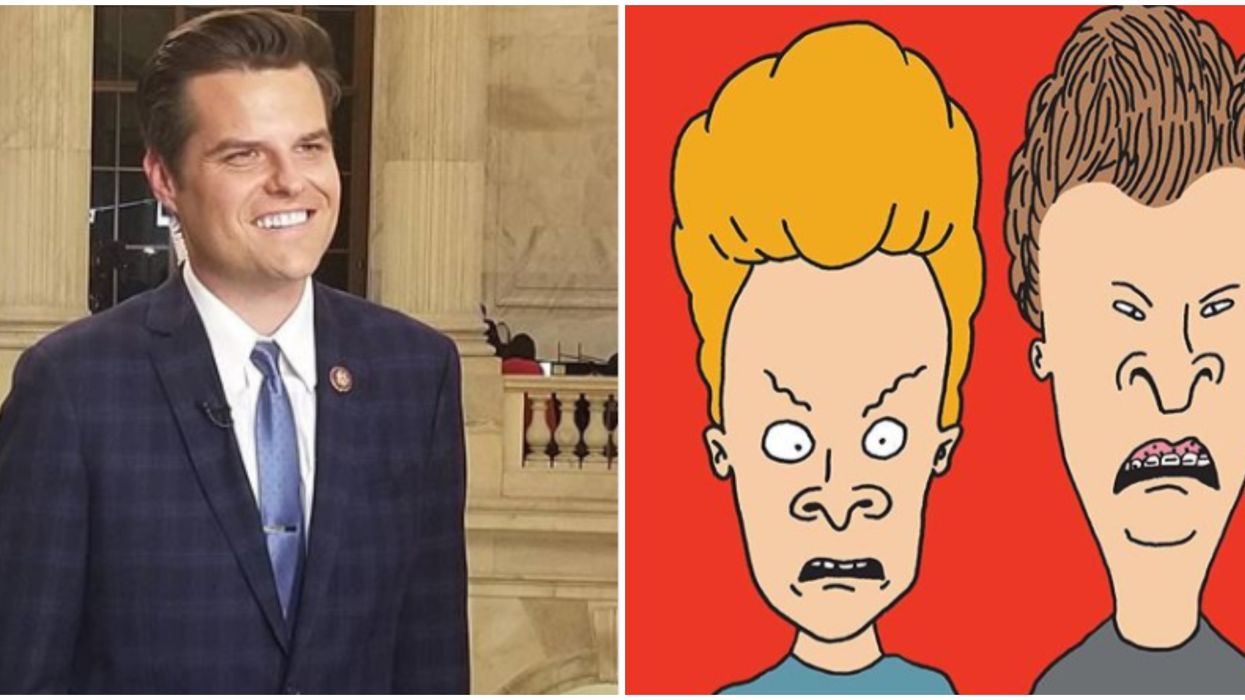 Social media is on fire with a picture of two politicians that look strikingly similar to a famous cartoon duo. Twitter users have been trolling Florida Rep. Matt Gaetz and Ohio Rep. Jim Jordan by photoshopping the pair with Beavis and Butt-Head. The pic has now turned into a meme.

"Legitimately curious about whether Jim Jordan is paying Matt Gaetz to dress this way in order to make himself look stylish by comparison," said Matthew Gertz on Twitter.

The picture in question circulated on the site after a press interview Gaetz and Jordan gave after meeting with fired U.S. Attorney Geoffrey Berman. During the session, the image captured made some say the pair were the perfect impression of the MTV duo.

A user actually replaced the heads of the representatives with that of Beavis and Butt-Head. While, Timothy Burke, swapped the bodies of the duo, and the look was shockingly on-point.

One person proposed a new Netflix series starring the duo. "Beavis and Butthead Goes To Washington," they wrote.

The Beavis and Butt-Head references weren't the only ones Gaetz had to deal with on Thursday.

Many lampooned how he was dressed, with one Twitter user claiming he was going after the Kramer look, while one said he was giving off major "Johnny Knoxville vibes."

He would later join in on the conversation, saying, "didn’t Johnny Knoxville date Jessica Simpson? I’ll take it."

He would later tweet out, "if only Mr. Berman’s testimony was this interesting..."

Gaetz has a history of creating controversial and unintentionally funny moments during his time in Washington.

One infamous moment came in the early stages of the novel coronavirus outbreak in March, where he tweeted a picture of himself wearing a gas mask while reviewing an appropriations bill.

He would go on to say that he was trying to protect himself from the virus.