Our winter babies are gorgeous! 😍 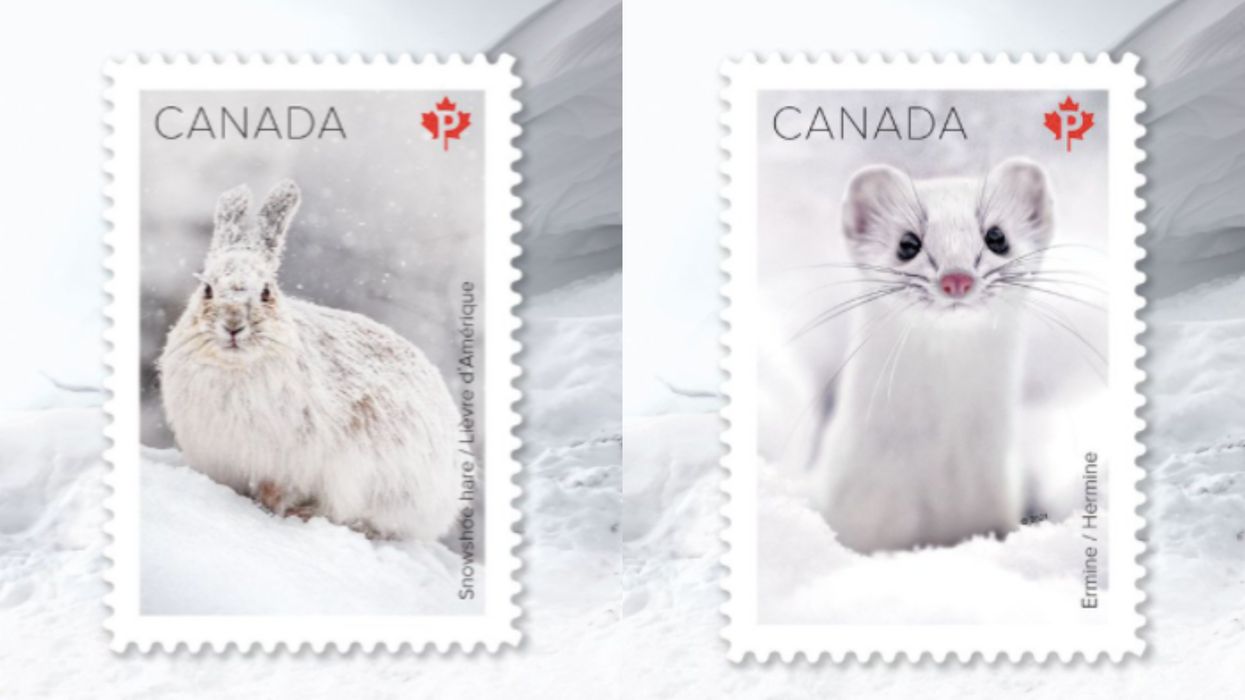 Canada Post just unveiled their newest stamps and they feature some of the country's cutest and most unique winter mammals.

The stamps spotlight five Canadian mammals sporting their winter fur coats like pros as they brave the country's intense cold.

According to Canada Post, the brown fur of these animals turns white in winter, which actually camouflages them and makes it hard to spot them in their natural habitats.

They are especially unique because they are among 19 species of mammals in the world that have a coat colour change "as the result of a complex physiological process influenced by changes in daylight hours."

Canada has 12 of these mammals.

The stamps were designed by Adrian Horvath and each photograph of the mammals was taken by a Canadian photographer.