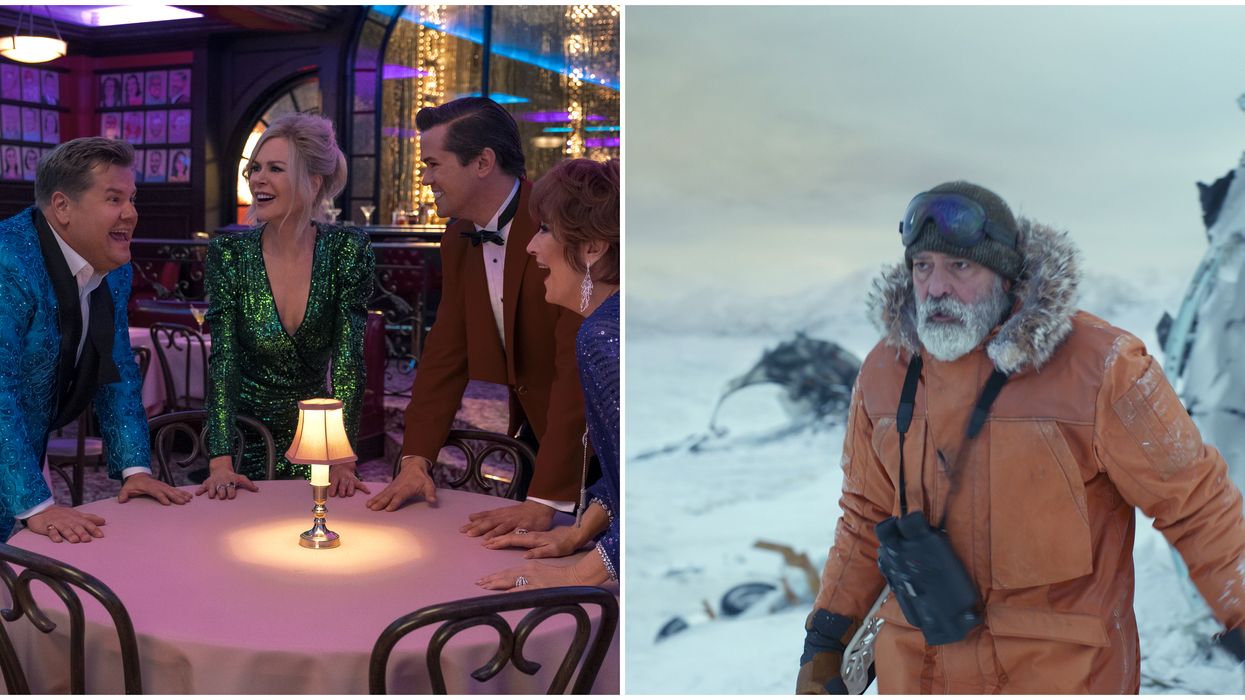 There's more to watch online than just Christmas flicks. These are all the movies and television shows coming to Netflix Canada in December 2020.

Hate the cold weather outside? It's okay; there are more than enough binge-worthy titles to keep you entertained all month.

For the last month of the year, there's something for everyone. Some top picks include The Midnight Sky, a science fiction movie starring George Clooney to finally watching part four of The Chilling Adventures of Sabrina.

Editor's Choice: The CRA Says Up To 213,000 Canadians May Have To Pay Back Their CERB Payments

Set in a chilling post-apocalyptic world, a scientist — played by George Clooney — needs to prevent a global disaster. The film is based on the novel Good Morning.

The Chilling Adventures of Sabrina: Part 4

Sabrina returns for eight more episodes. Together with the help of The Fright Club, she must face The Eldritch Terrors that threaten Greendale.

The Netflix original is set in Regency-era England. High society Daphne attempts to find a suitor, which avoiding scandal.

It features an all-star cast including James Corden, Meryl Streep, and Nicole Kidman. The film follows Broadway stars who help a teenager going to prom.

The Holiday Movies That Made Us

You can get in the holiday spirit with this inside look at the Christmas blockbusters you grew up watching.

This flick is an action-packed movie about Ava, who is a deadly assassin. But when one job goes wrong, her life is in danger.

It is like a mashup of Pretty Little Liars meets The Black Swan. The Netflix Original follows ballet students who will do anything to be the best.

Viola Davis and Chadwick Boseman star in this story about the Mother of the Blues recording in the studio back in 1927.

This Netflix Original is about the challenges the singer faced as she chased her dream of being a music success.

Is it an early Festivus miracle?

This is not a drill! You'll be able to watch Seinfeld on Netflix soon and all nine seasons of the show will be available for streaming as soon as it drops.

Seinfeld will be released globally in its entirety on the streaming platform on October 1, 2021.

How long did it take to put the mask on? Was there a second date?!


The internet was taken by storm the day that the Sexy Beasts trailer dropped. The blind dating show — which dresses up its contestants in bizarre and intricate masks — had a totally unique premise and was as strange as it was interesting.

The show premiered on Netflix on July 21, 2021, but it almost left us with more questions than answers. Did contestants get to choose their masks? How long did they take to put on? And — perhaps the biggest question of all — do the dates keep happening when the cameras stop rolling?

Motel Makeover is coming to Netflix on Aug. 25 and will showcase how The June Motel in Sauble Beach was transformed from a shabby roadside stop to one of Ontario's hottest destinations.

The June Motel was founded by two best friends, April Brown and Sarah Sklash, in 2016 after the pair quit their day jobs in Toronto to chase their "millennial dream."

She says some people "might not be happy with the ending" of season two.


Netflix star Maitreyi Ramakrishnan of Never Have I Ever told Narcity what she thinks might happen if the series gets picked up for a third season and her favourite scenes to film from season two.

Never Have I Ever was co-created by Mindy Kaling, and the second season dropped on July 15 on Netflix. In it, things get equal parts steamy and sad as this comedic teen drama brings home real issues of mental health along with a lot of laughs.