These beavers really don't know the rules of a morning commute. 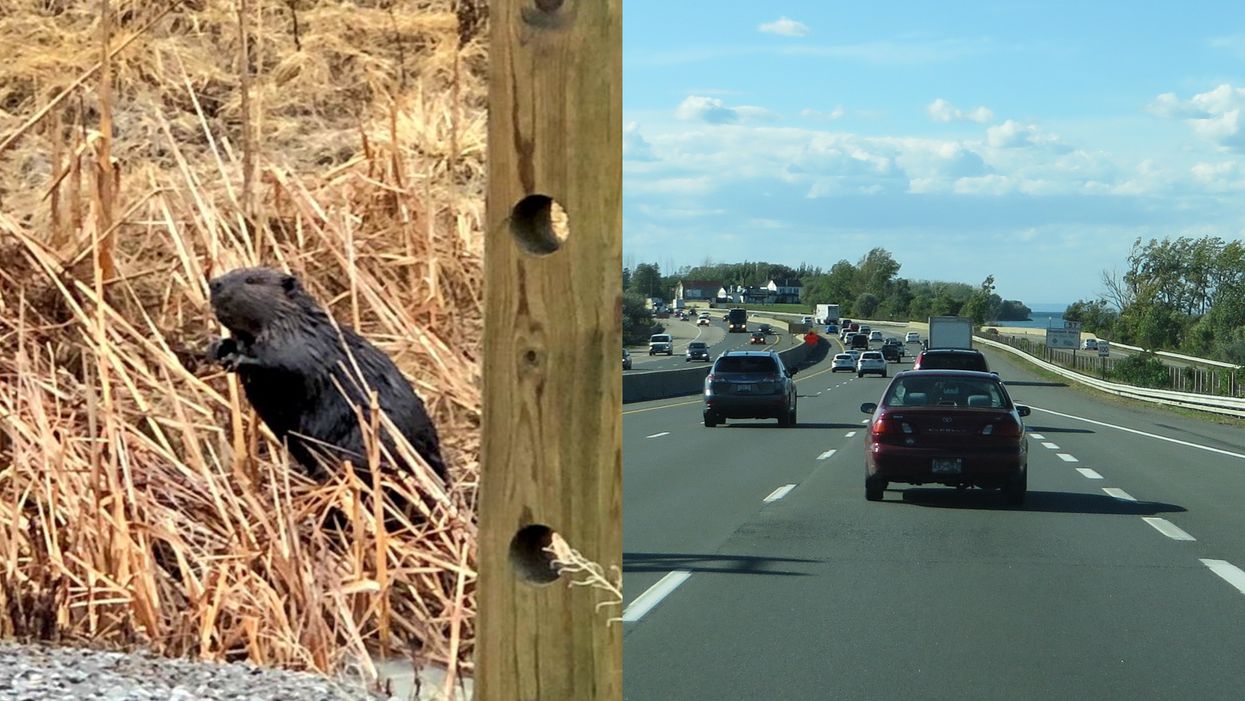 Leave it to Ontario beavers to disrupt morning commutes in the GTA for two days in a row.

According to the OPP, one little critter was spotted walking on Highway 407 in Whitby at around 9:00 a.m. and clearly, it was in no rush.

Editor's Choice: Ontario's Grey Zone Rules Are Set To Change So You Can Finally Get A Haircut Next Month

680 News reported that police closed off an entire lane of traffic to protect the wandering wood-chomper.

Sgt. Kerry Schmidt told Narcity that the animal was rescued and relocated with the help of animal services.

Oddly enough, this isn't the first time beavers have made headlines this week. In fact, one shut down a subway station entrance just yesterday.