"One of the easiest things to do is to try and point fingers and deflect."😬 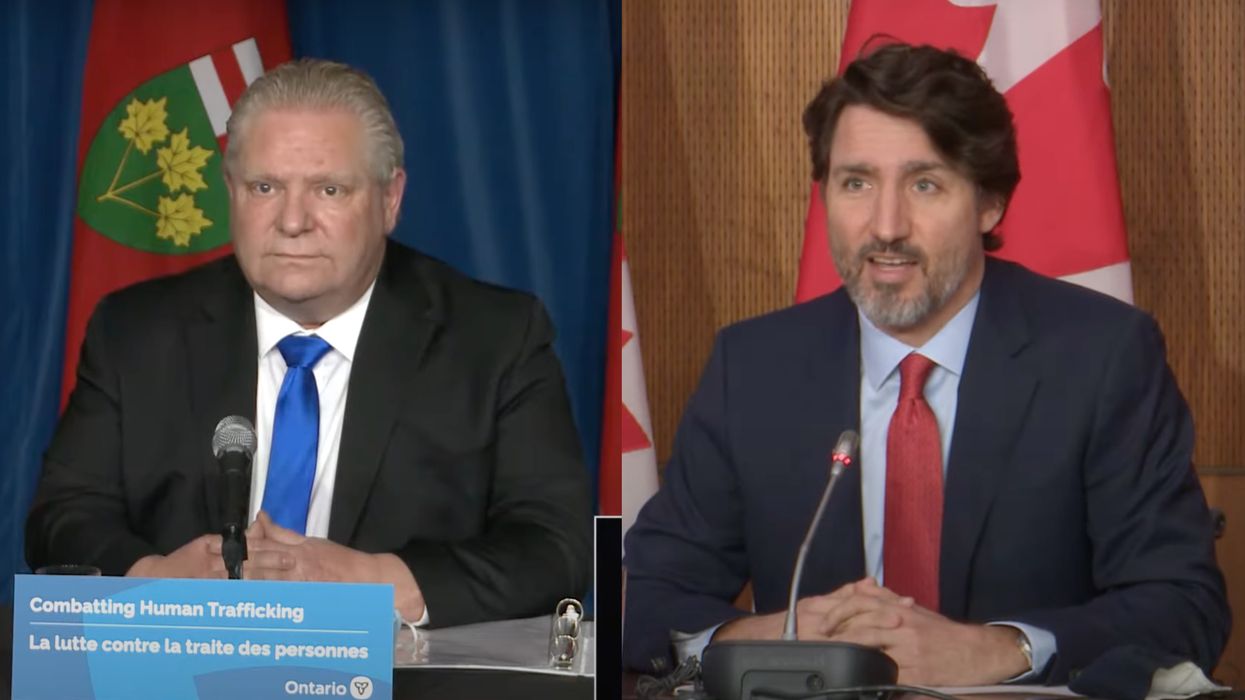 Justin Trudeau has fired back at Doug Ford after the premier described Ontario’s vaccine supply as a “joke.”

Earlier this week, the Ontario leader blamed the federal government for failing to secure sufficient COVID-19 vaccines on time, causing doses to be distributed unevenly across the region.

Editor's Choice: All Of Ontario Is Reportedly Heading Back Into A 28-Day Shutdown

He accused Trudeau’s government of "dropping the ball majorly" and said “We do not have enough vaccines from the federal government and it's a joke."

On Wednesday, the PM responded during an online Liberal fundraiser, saying that "one of the easiest things to do is to try and point fingers and deflect."

Trudeau also took a moment to “defend” Procurement Minister Anita Anand (who is in charge of securing vaccines for Canada) by saying she was doing an “incredible job.”

Health Canada has a robust website with all the latest information on the vaccines and can answer any questions you may have. Click here for more information.