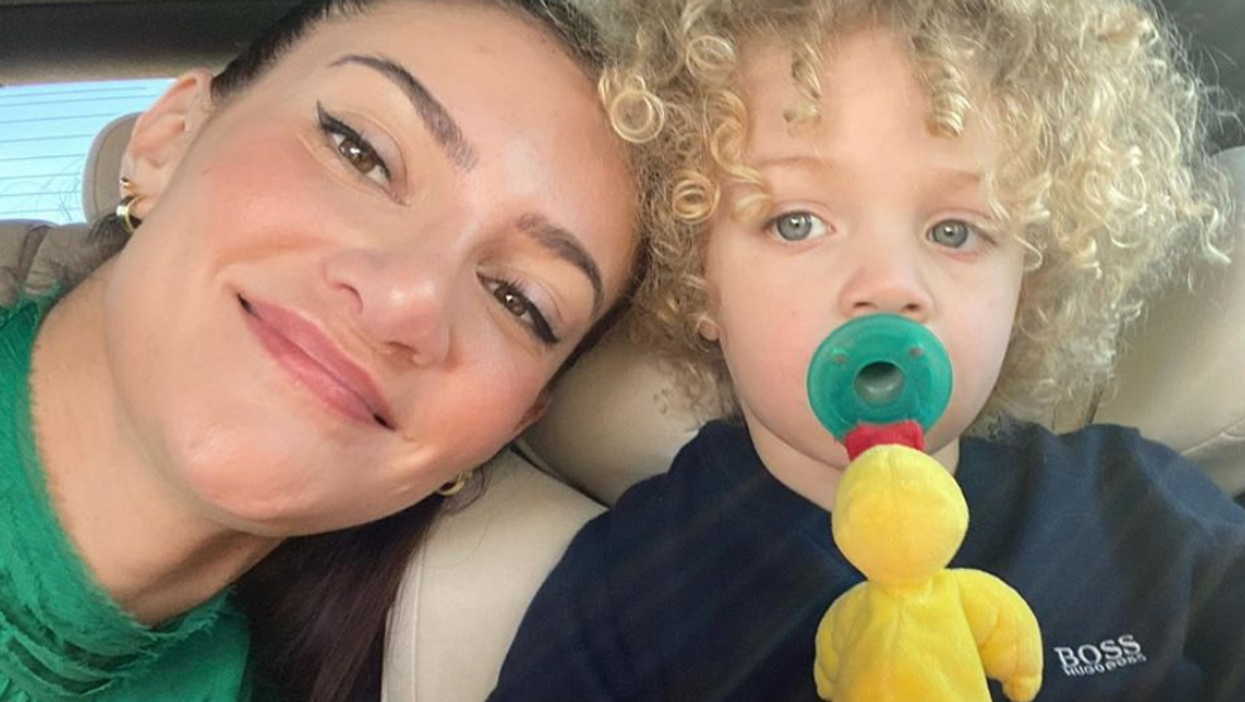 Looks run in the family! It seems that Sophie Brussaux and Adonis are twinning after the artist switched up her hair colour. The 30-year-old recently debuted a fresh blonde look on her Instagram.

On July 28, the Bordeaux-born artist shared a photo of her rocking lighter hair, alongside some snaps of her with her signature dark locks.

The photo's location is tagged as Toronto, Ontario where she now resides and is captioned "Blonde?".

It's unclear if Brussaux actually opted to change up her hair colour, or if she's just wearing a wig, but either way, the blonde hair has her looking incredibly similar to her two-year-old son Adonis.

Despite both of his parents having dark hair and brown eyes, the young boy has unforgettable blonde curls and bright blue eyes.

When Drake revealed the first photos of his son earlier this year, many were quick to point out a noticeable resemblance to the rapper's mother, Sandra Graham.

In the past, Brussaux has made jokes about how different her son looks from his parents.

Back in March, she uploaded a family photo where she and Drake had been photoshopped as blondes.

"PS : all this time you thought @champagnepapi was dark-haired...but Adonis’s parents are really blonde 😱😂," she captioned the post.

The comment section on Brussaux's post seems to be divided on which hair colour suits her best.

Some are urging her to maintain the bright blonde look, while others are convinced that dark hair is more her style.

According to the mother of one's Instagram page, she's been keeping busy creating and working as the Artistic Director of Arts Help.

Brussaux was also recently spotted on Drake's Instagram on Father's Day, as she and Adonis delivered an extra special present to his dad.

Following the discovery of 715 unmarked graves at a former Saskatchewan residential school, Jagmeet Singh has spoken out, criticizing the response from Trudeau's government.